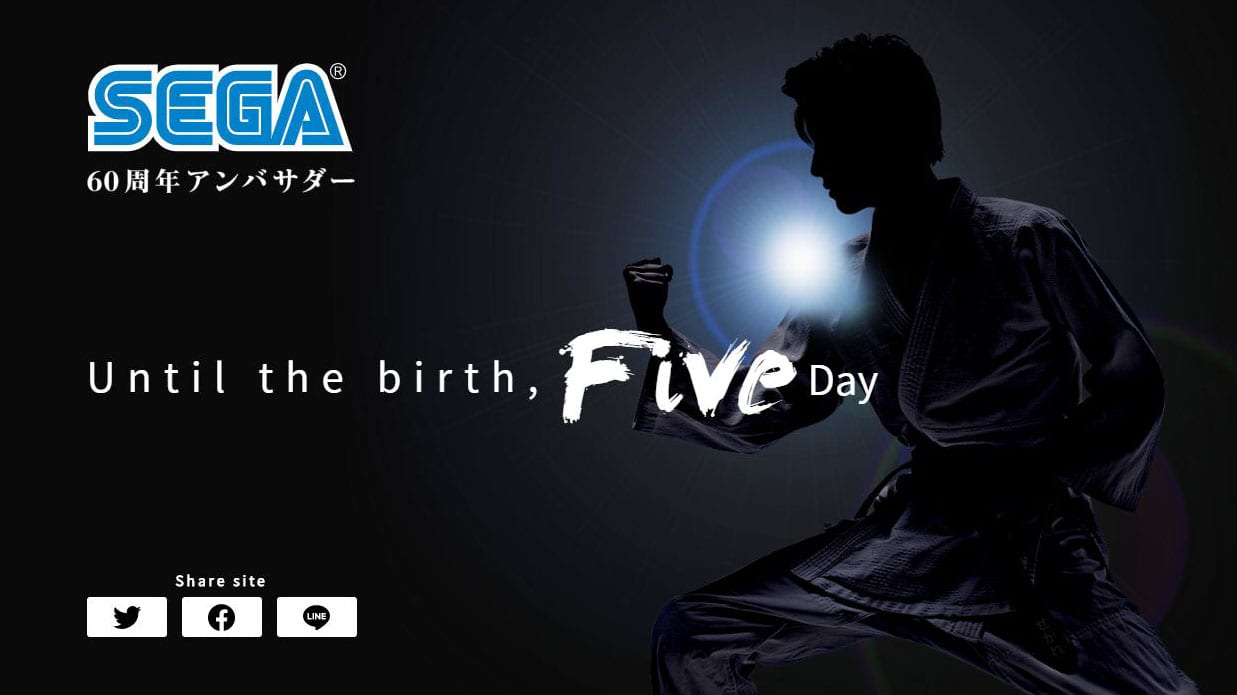 Sega opened a new teaser site heralding the celebration fol the 60th anniversary of its foundation in 1960, which will happen this year.

An interesting element is the silhouette of a man with a rather familiar hairstyle and a judogi.

The URL of the website includes the word “Segashiro” and its description translates as “Sega 60tgh anniversary ambassador silhouette pre-reveal! Reveal on March 25.”

By sharing the site on social media the default message is “who is this silhouette?”

Looks like the character teased by the website is Segata Sanshiro, originally played by legendary actor Hiroshi Fujioka in a series of ads aired between 1997 and 1998 to advertise the Sega Saturn.

Fujioka returned to Sega’s stage last year at Sega Fes reprising his role and donning his costume once more, and that certainly caused buzz among some fans.

It’ll certainly be interesting to see how Sega intends to bring the character back, especially considering that he pretty literally “went out with a bang” just before the launch of the Dreamcast.

Incidentally, almost a year has passed since the last Sega Fes, which saw the full reveal of Sakura Wars and of the Mega Drive/Genesis Mini.

We’ll have to wait and see if the anniversary celebration will bring more reveals. This is just my speculation, so take it with the customary grain of salt, but Segata Sanshiro’s character is definitely tied to the Sega Saturn, and that might be a hint to what we could expect.

The reveal of the character is in five days and the anniversary proper will be on June 3. All we can do for now is wait and see.