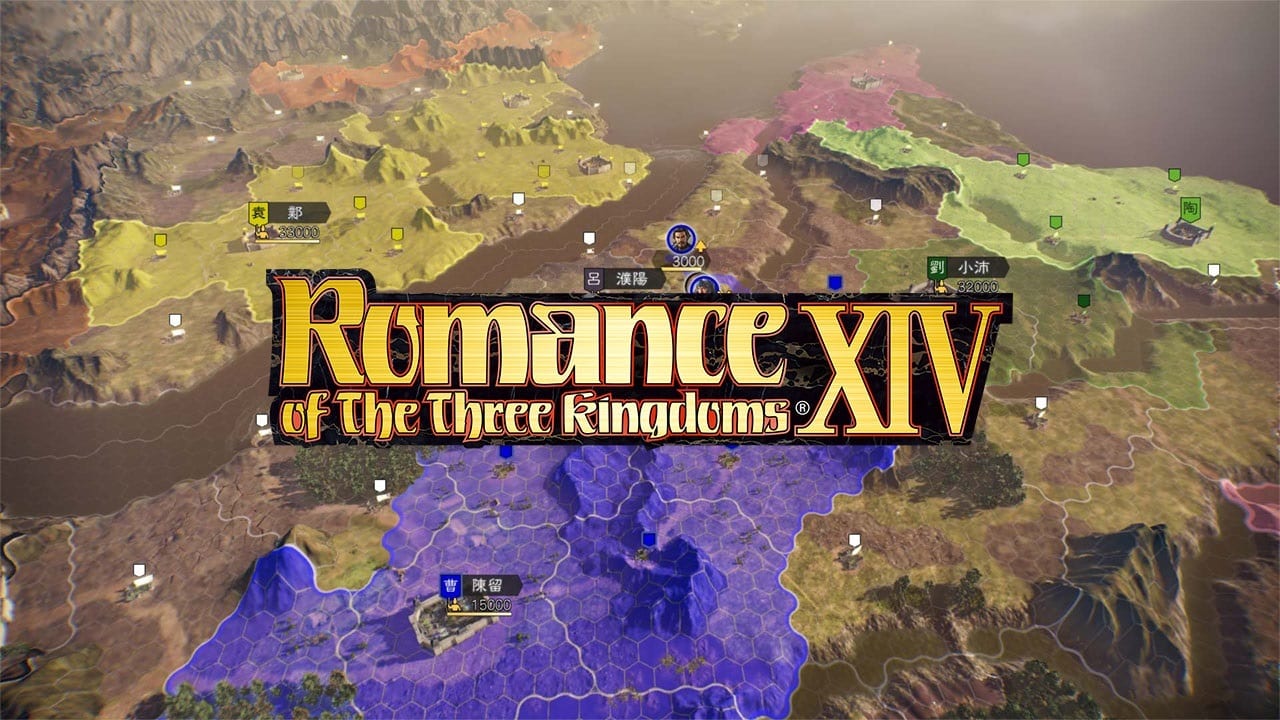 Romance of the Three Kingdoms XIV on PC

Romance of the Three Kingdoms XIV is the latest entry in the venerable historical strategy series from developer Koei that debuted before I was born, all the way back in 1985.

Over 14 installments, the Japanese studio has reiterated upon the basic strategy formula that has been at the core of each game in the series: build, expand and conquer.

ROTK XIV takes place during the Three Kingdoms era of Chinese history, a setting that it shares with both the Dynasty Warriors series and the latest Total War game from Creative Assembly, Total War: Three Kingdoms.

And it is hard not to compare ROTK XIV to Total War: Three Kingdoms. Both are set during the same historical conflict, both come from long-running and well-respected strategy franchises, and both were released within a year of each other.

But where Three Kingdoms is a progression and evolution of the series, ROTK XIV is a continuation. A more conservative game in comparison, Koei’s latest isn’t aimed at acquiring new audiences and is instead hell-bent on serving the dedicated one it already has.

In ROTK XIV, you play as one of the dozens of available warlords during the time period. Starting with the Yellow Turban Rebellion, there are a variety of scenarios to play throughout the era, ending with the climactic conflict between the forces of the titular Three Kingdoms: Wei, Wu, and Shu.

The game takes place on a massive map that represents mainland China, divided into thousands of tiny hexes. Scattered around fairly liberally are the all-important cities that let you muster and deploy soldiers and the various towns that allow you to increase the production of money, food, and manpower, ROTK XIV’s main resources.

You begin each scenario with a pre-determined number of cities and officers under your control. These officers can be used to lead forces into combat, to conquer territory or to develop the cities and towns already under your control. Each has its own unique artwork and attributes, and it is up to you to assign them to the job for which they are best suited.

ROTK XIV is fairly unique, at least in my experience, in that it is a hybrid real-time/turn-based strategy game. You (and every computer-controlled opponent on the map) meticulously plan out the movement of your armies and issue orders to the officers managing your territories, and once you hit the end turn button, it all unfolds in a glorious mess.

In a strange way, this method actually feels quite realistic. You can’t know for sure what an opponent is going to do, but you can make an educated guess. It means that you are often surprised by the moves your opponents will make, and it can make scrambling to counter them an exciting and tense experience.

There is an interesting supply mechanic at the heart of combat that I really enjoyed. As an army moves, it captures the hexes around it, simulating an army pushing forward into enemy territory. If you can position an army in such a way that it cuts off a force from their own line of hexes, they will take a massive morale hit and thus be easier to defeat in battle.

The core gameplay loop at the heart of ROTK XIV is a satisfying one, but unfortunately, the UI and interface through which you command your troops and develop your cities are frustratingly obtuse. In a game like this, there is a lot of information thrown at you that is essential for you to succeed, and I wish it was easier to digest and to interact with, and instead, it can start to feel like a chore.

For example, in order to check your diplomatic status with a neighboring faction, you have to navigate through four separate lists and then manually select the faction in question just to see whether or not they might attack you next turn. While that might have been acceptable a decade ago, modern strategy games are just so far past this kind of ponderous presentation.

After spending a dozen or so hours with Romance of the Three Kingdoms XIV, the shine and excitement of the thing had really started to wear off. Managing armies and setting up governance in newly conquered regions just became busy work, and the thrill of defeating enemy forces lost some of its luster.

At a certain point, it just takes too many clicks to effectively manage your empire. It sounds crazy, but you can really do some damage to your index finger with this game because of the attrition required to wade through confirmation screens and actually get anything done.

On a more positive note, the game’s presentation does a pretty great job of immersing you in the era. The music is nice, and I liked the character artwork that each officer has. The audio is all in Japanese, which on one hand I get as Koei is a Japanese developer, but on the other Creative Assembly is British and they managed to include Chinese VO, so maybe that isn’t much of an excuse.

Romance of the Three Kingdoms XIV would be a hard game to recommend if Total War: Three Kingdoms didn’t exist, but as it does, I would imagine that this game will appeal only to longtime fans of the series, or the most dedicated of historical strategy players.

There is some fun to be had here, but for me at least it quickly became tedious. I think Koei needs to go back to the drawing board for the inevitable sequel, as this kind of game has just been done better by more capable companies.

If you are looking for an in-depth strategy game to sink your teeth into, and you can’t get enough of Cao Cao and company and if you have already played Three Kingdoms to death, then, by all means, pick up Romance of the Three Kingdoms XIV. But if not, then I would recommend taking your time and money elsewhere.

Romance of the Three Kingdoms XIV