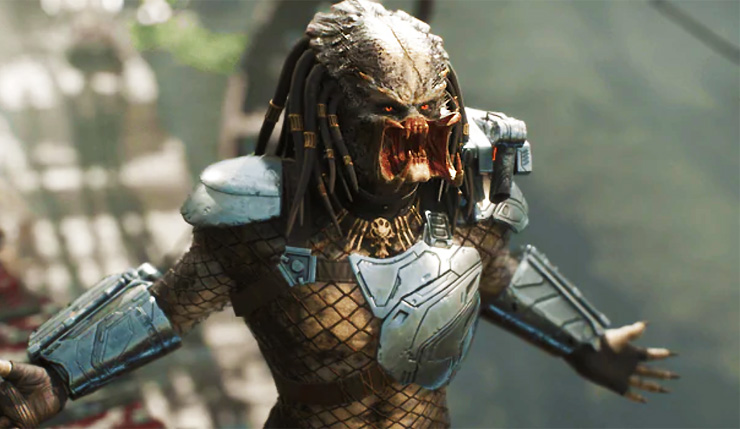 The Predator franchise hasn’t had the best of luck in terms of its most recent films, but the upcoming Predator: Hunting Grounds has many hopeful that it can find new longevity in the gaming medium. We had a chance to see what the title has to offer during its pre-release trial period this weekend, and it certainly has some potential for great things.

At its core, Predator: Hunting Grounds is an asymmetrical multiplayer title in the same vein as the Friday the 13th game, but with slightly more polish and a shooter slant. Both sides of the match are armed and dangerous – though the Predator has a clear advantage in terms of firepower – and can pick apart waves of AI enemies while trying to take each other down.

One side plays as a fire team of four players, tasked with completing a certain task and escaping the jungle in a certain amount of time. Each player can take the role of a different type of soldier, and can contribute to the team’s success in a different way.

Assault troops offer a good balance of speed, durability and useful gear, and can lead the charge into fire fights. Support units can tank damage and lay down suppressive fire to keep enemies at bay, while Scouts can zoom in and out of enemy territory quickly to get a handle on what the team is walking into.

The other side takes the role of the Predator. Their mission is to hunt down every member of the Fire Team before they can complete their mission and escape via chopper, claiming their remains as a trophy in the process.

Just like in the films, they’ll carry an advantage over the Fire Team thanks to their alien technology, weapons and abilities. They can scale trees and stalk their prey from the branches high overhead, cloak themselves in an adaptive camouflage, and snipe or slash their targets based on the situation.

More classes for the Fire Team are unlocked as Predator: Hunting Grounds players complete matches and accrue experience, and the Predator can be further outfitted with powerful weapons and technology after players get more successful hunts under their belts.

Each side can also be further customized with new weapons, gear and perks that are unlocked with the in-game currency, which is found both in matches and as a reward for making it to the end of matches.

More is unlocked for completing the win conditions for a given side, but even if players lose, they can accrue more experience from damaging their opponents, getting AI kills and so on.

On paper, it all sounds like an excellent set-up for some asymmetrical shenanigans, and for the most part this is exactly what our time with the game entailed.

Playing as the Fire Team feels fast-paced and entertaining thanks to the wide array of classes and the different missions to complete. Learning how to best play a class, and how best to approach fire fights with AI enemies as said class, offers plenty of depth for those who want to play the game regularly.

Confrontations with the Predator feel tense and harrowing, and narrowly escaping to the chopper before a downed-Predator’s nuke goes off provides a great burst of adrenaline every time.

Stepping into the shoes of the Predator, meanwhile, can be just the kind of power trip players would want. The suite of alien weaponry and technology available to the character can dismantle a Fire Team in no time, so long as the proper distance is kept and a match is treated as a hunt instead of a bum-rush.

Top it all off with a level of graphical polish that makes the game shine in most any moment, and there’s plenty to look forward to about the game.

However, there are also some areas which may prove to be big issues if they aren’t ironed out before Predator: Hunting Grounds’ full release.

Balancing is a clear issue for matchmaking, especially in terms of keeping the Predator feeling like an intimidating force. For all of its advanced weaponry, and the advantages cloaking and tree climbing provide, the Fire Team can still overpower the Predator once players have unlocked the right type of weaponry.

This isn’t as much of the issue if players have properly upgraded the Predator through continued play. However, if they’re newer to the game and don’t have better equipment, the asymmetrical gameplay can be flipped against them in a way that ruins the game’s base premise.

Then, there are technical issues which hamper the gameplay in the other direction. While typically not too frequent, the game can experience hiccups and glitches which bring the game to a screeching halt.

This is all well and good for the Predator player, but it can also turn what might have been a fast-paced, action-packed match into a slog where both sides might end up waiting around for the match to end.

Granted, there’s still almost a month until the game launches, and neither of these issues are sizable or enough to bring down the experience for the entirety of its potential player base. And yet, if the game wants to reach the entirety of the potential it shows, these issues need to be front and center on developer IllFonic’s list of last minute tweaks.

Predator: Hunting Grounds is set for release on Apr. 24 on PlayStation 4 and PC. For more on the game, check out some recent trailers detailing each side players can take up in a given match.