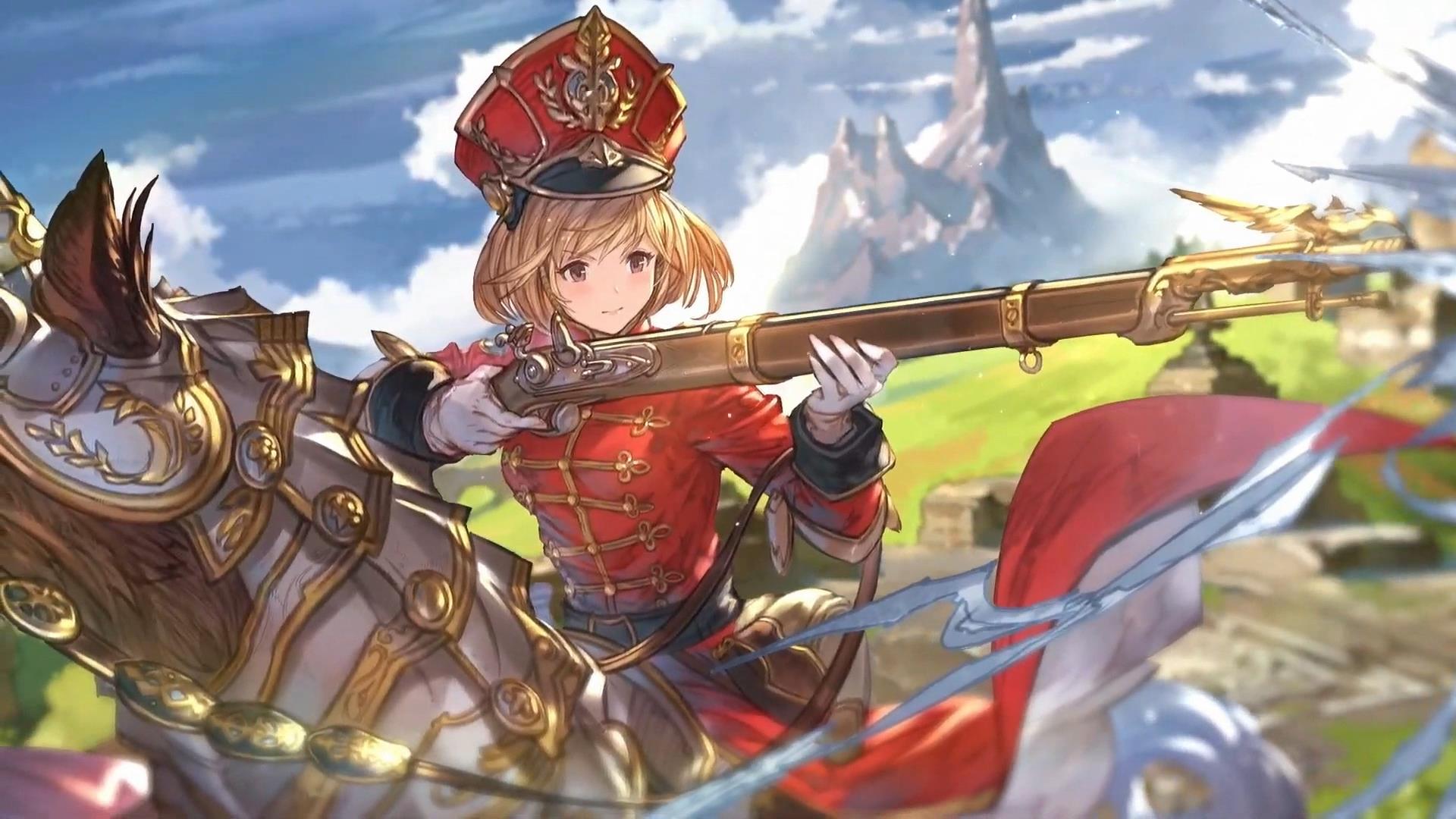 First of all, we’re getting two new classes on March 10. The first is the Lumberjack, whch was actually announced back at Granblue Fantasy Fes. Today we finally get to take a look.

The second is fully new and it’s the Cavalier, a mounted tank class fighting with spears and guns.

The Lumberjeckwhich wields axes and harps and is accompanied by animal pets.

Both classes will be revealed with the update coming on March 10.

The same update will also include skins for Aglovale and Clarisse.

Speaking of skins, the next Blu Ray of the anime will be released in Japan on March 11, and it’ll include a code for a special skin for Ferry.

Incidentally, this month we’re also getting the special anime epiode focusing on female protagonist Djeeta, which will air in Japan on March 27 at midnight.

On March 20 we’re getting a bikini version of Teena and EX Poses for Narmaya, Heles, and Sara.

May will see another collaboration with The Idolmaster: Cinderella Girls and a raid focusing on Beelzebub trying in with Granblue Fantasy versus, including story content. Incidentally, it will feature the brand new battle system 2.0.

Perhaps one of the most anticipated features coming for the 6th anniversary is the return of the Gachapin Roulette between March 10 and March 30. It’ll include both the Gachapin and Mukku Frenzy features and it’ll climax with 100 automatic rolls on the last day, which will also be a Premium Gala day, which means double SSR chance.

On top of that, today Cygames delivered its gifts to the users t celebrate the 6th anniversary. All you need to do to get them is to log into the game and they should be in your inbox.

Granblue Fantasy is available for iOS, Android, and PC via browsers.

Considering that 20 days of Gachapin Roulette mark the best time to start the game with a boost of SSR characters to build up your party, if you want to give it a try, you can read my detailed guide on how to create an account, install the game, and play in English.