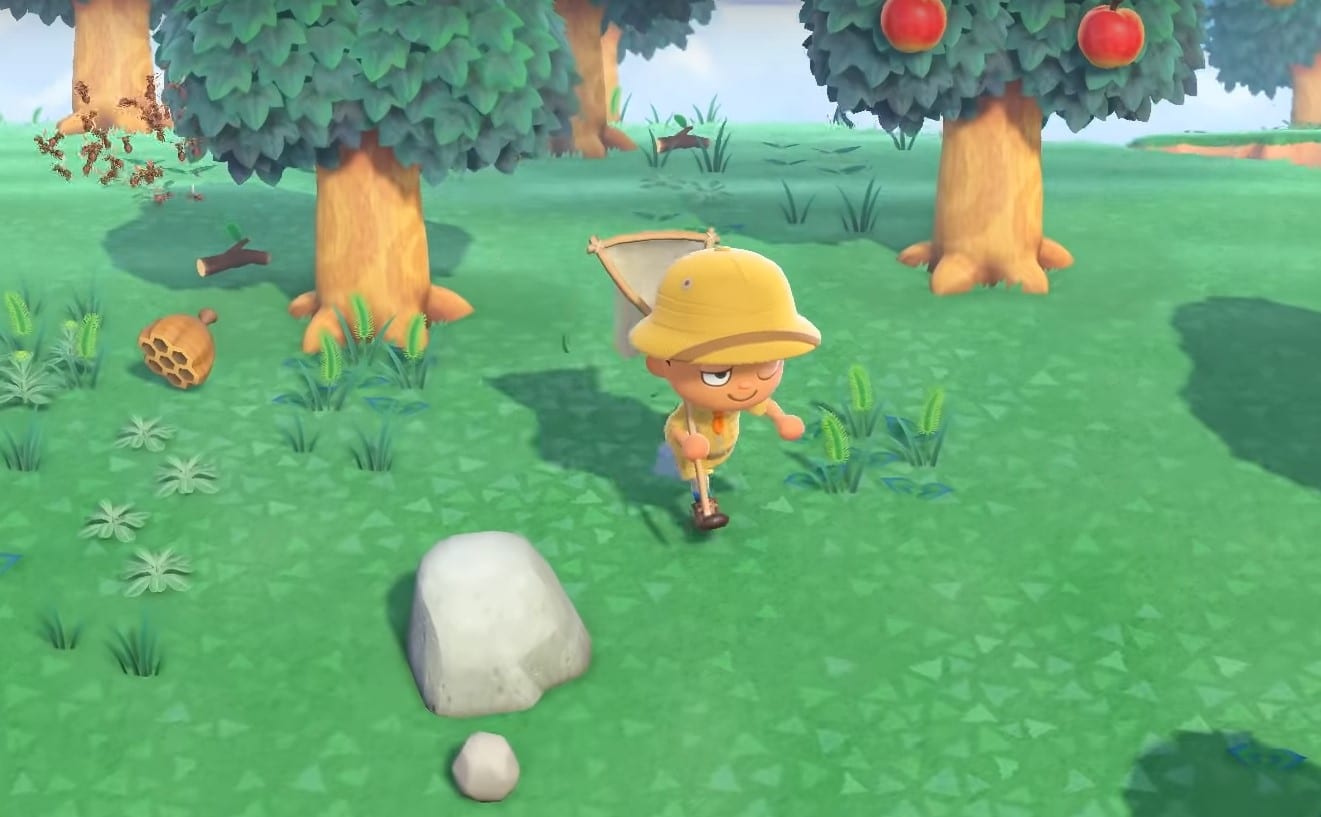 Just like the good ol’ days, you’re going to be able to capture these critters to either donate them to the museum, learn recipes, gather Nook Miles, or sell them for some sweet bells.

They’re incredibly viable for makin’ money, in fact, so be sure to remember that there’s always money on trees!

How to Catch Bugs & Insects in Animal Crossing New Horizons

First off, I have to ask, do you have a bug net? If not, you’re going to want to get your hands on one.

Head over to any workbench and craft your first one. This will require you to have first gotten five tree branches from trees around your island. Simply walk over to them and press A to shake them to get some sticks. Be warned, bees might drop from the tree and chase you, so be prepared to run.

Once you have that, you’re ready to get to business. You’re going to want to not rush around while you’re looking for bugs. Walk, instead.

Once you spot one, be it in the grass, flying around, or on a tree. You’re going to want to hold A down. This will let your character do a creep walk up to the insect, which doesn’t scare it away like walking or running would.

Once you have it within reach of your net, you have to let A go, and if done correctly, your character will hold up their new trophy!

If not done right, the bug will very likely fly away. Rarer ones are even harder to catch, by the way. Make sure you’re sneaky!

Here’s a list of all of the ones you can get in the game, as well as when and where they’re most prevalent.

This is a work-in-progress still and will be updated as new information arises.

There you have it! That’s how to catch bugs and insects in Animal Crossing New Horizons.

If you’re interested in any other guides, check out our Animal Crossing New Horizons wiki.