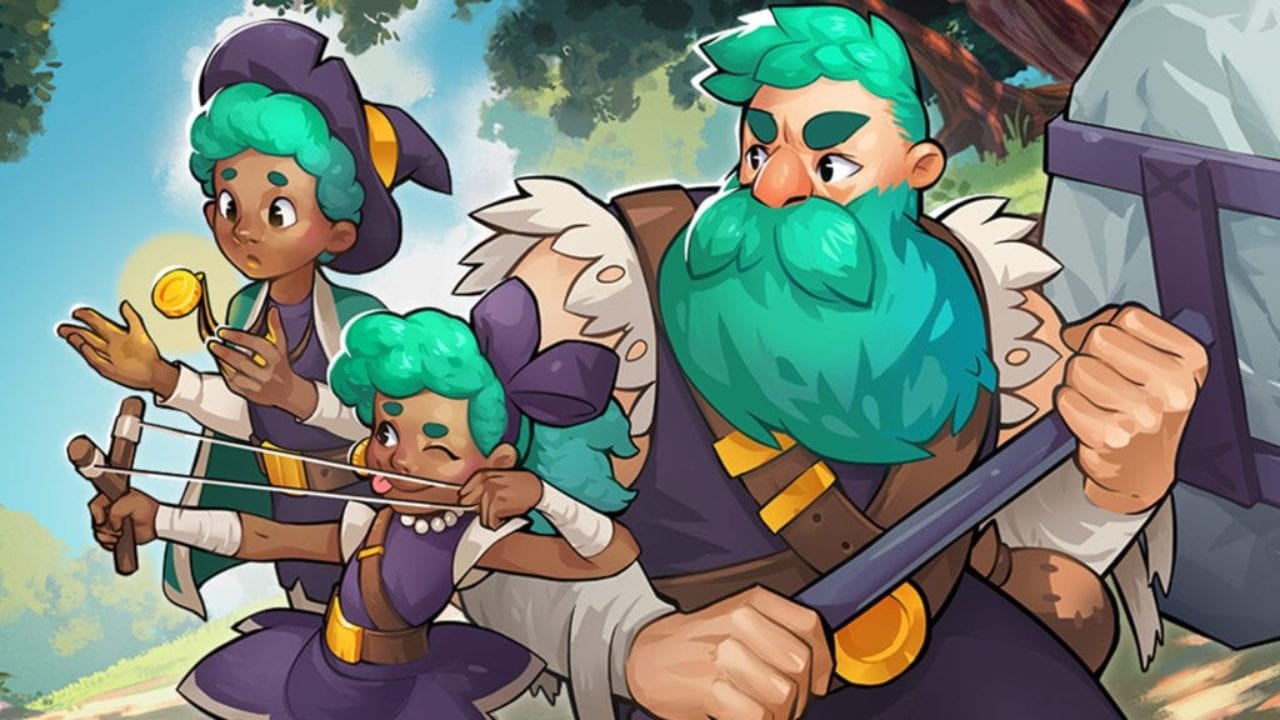 When Wargroove first released last year, I thoroughly enjoyed the story campaign. But what I didn’t expect to also enjoy was the co-op features that it brought to the table as well. The newly released Double Trouble DLC doubles down on that co-op aspect, and it breathes new life into this already amazing tactical game.

Double Trouble introduces the new Outlaws faction, led by literal gruff daddy Wulfar. He’s accompanied by the twins Errol and Orla, and the entire campaign consists of these two commander units working together to pull off the biggest heist ever in the land of Aurania.

The vanilla campaign of Wargroove was already tough enough, and Double Trouble doesn’t pull any punches with this new scenario either.

While you can play the new campaign solo, it’s just way more enjoyable with a friend. With the co-op aspect in play, both players have their own pools of money to manage, and their own camps and outposts to think about.

Whereas the original Wargroove campaign missions were mostly quite straightforward in the sense that you only ever had to think about your own units, Double Trouble deepens the strategy potential laid out here. It also helps that both Wulfar and Errol and Orla have Groove powers that can hurt allies.

For instance, Wulfar can punt an allied or enemy unit into the distance and damage a group of enemies, while Errol and Orla can activate a fire AoE attack that hurts anyone in its way. And yes, if any allied units get caught in either of those attacks, they get hurt as well.

This adds a whole new layer of consideration when you’re planning out your attacks. You can’t just be thinking about the positioning of your own units; you need to consider what your partner’s doing as well, and communication is key here. Just like in vanilla Wargroove, if your commander falls, it’s game over. Which means that if either you or your partner fall in battle, you’ll need to restart.

Playing Double Trouble in co-op is challenging in a new way, and just adds even more depth to this little turn-based tactical game that already had so much to offer in the first place.

It’s worth noting that you can play this new campaign entirely solo as well, and you’ll just have to take control of both commanders. This works just fine for the most part, though there is a slight annoyance of having to press and hold a button every turn to confirm that you’re ready to play.

It seems like a bit of an oversight on Chucklefish’s part not to do away with the confirmation feature when only one controller’s connected to the system.

Outside of that, the Double Trouble update also beefs up the content in other aspects of the game, including the map/campaign editor. As someone who really isn’t very creative at all, this past weekend’s still been a ton of fun as I scrolled through new map creations from the community to see what they could come up with while making use of the new functions and the newly added volcano level.

Most importantly, public and private multiplayer lobbies are now a thing, and custom maps can also be played online. This has seriously revitalized the online community for Wargroove, as there’s so much more potential to be had from the different types of scenarios you can get into here.

The balanced, competitive scene is on the rise, but so is the casual scene, where players get to just have fun on the most ridiculous maps with loose rules and restrictions.

As always, Wargroove’s multiplayer features shine best when you can engage in competitive games against other players at your own time. While there are live games where each player gets a timer for their turns, asynchronous multiplayer is still present here, where you can take your time to make a turn and games can last a couple of days at a time.

Last year, I called Wargroove one of the comfiest games you could play on the Switch, and that statement still holds true. Double Trouble has been a fantastic addition to this little game, and I’m looking forward to whatever Chucklefish has in store for us next.