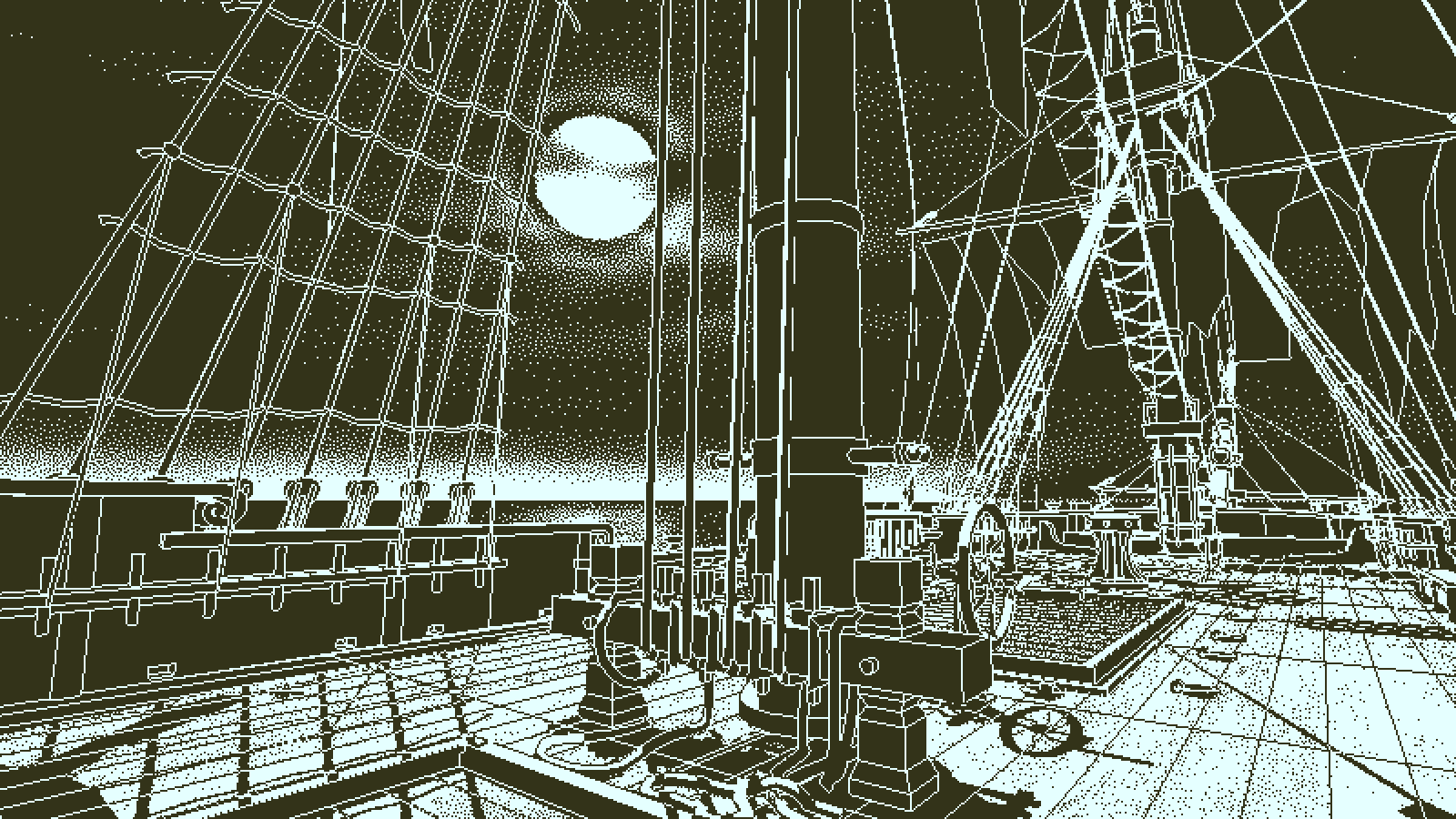 There are a total of 10 chapters in Return of the Obra Dinn, and the eighth chapter is titled The Bargain. This is the only chapter that will allow you to access the Lazarette. However, this chapter won’t be available to you until the very end of the game, and you need to have solved all 58 fates on the ship up till this point.

Simply put, you’ll need to have discovered all 58 bodies throughout the course of the other nine chapters as you’re exploring the ship, and identify them and correctly deduce their cause of death. Once you’ve done so, the game will explicitly tell you that there is nothing left to do on the ship, and you can leave.

At this point, head back up to the main deck and go to the small boat where you first started the game. If you have all 58 fates solved, leaving the ship will allow you to start Chapter VIII: The Bargain, which is where you can access the Lazarette.

Do note that if you leave the ship before solving all 58 fates, you’ll get the bad ending. However, you can simply reload your save file from the main menu, and the game will allow you to rewind some of your progress to before you left the ship. This gives you another chance to tie up any loose ends before leaving, and you’ll be able to unlock the good ending that way.

To recap, here’s how to get to the Lazarette in Return of the Obra Dinn:

That’s all you need to know about how to get to the Lazarette in Return of the Obra Dinn. Be sure to search for Twinfinite for more tips and information on the game.