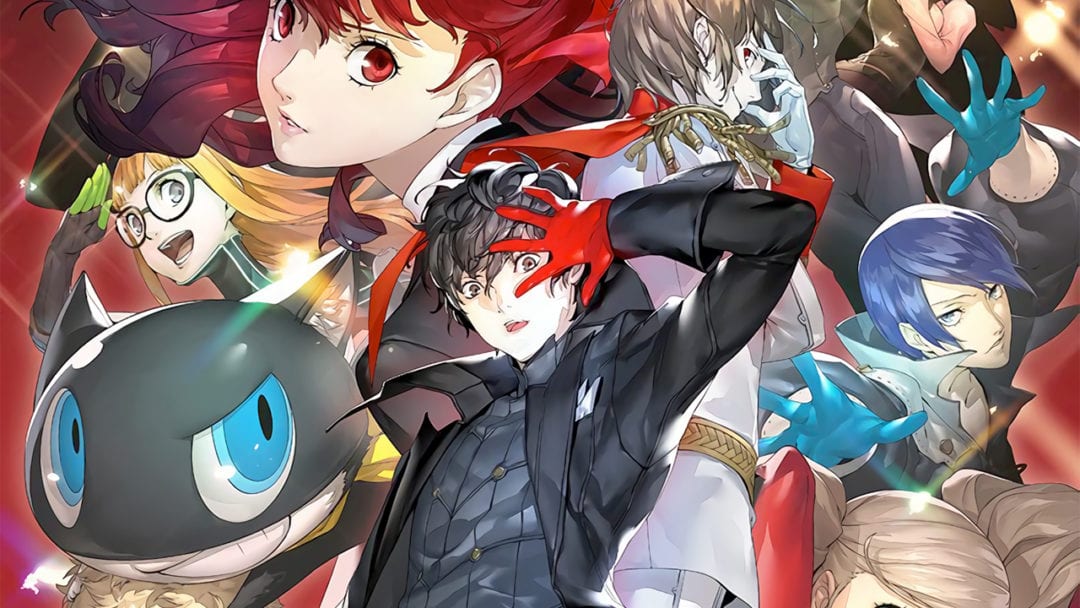 At a recent preview event we were able to play roughly one hour of Persona 5 Royal, and even in that small window it was clear how much effort has gone in to making Royal something special for both new and returning fans.

Our demo had four brief sections to play through; a portion of Kamoshida’s Palace introducing the grappling hook, Kamoshida’s boss battle, a daytime event at Kichijoji, and night exploration of Kichijoji. We’ll go over each briefly,

Immediately the first thing I noticed was the visual upgrade, which I didn’t think would be as impressive as it was. Persona 5 was already a fantastic looking game, but there’s a slight upgrade in Royal to make it looks more like Dancing in Starlight, and it works.

Obviously it doesn’t feel like a brand new game, but that extra visual bit helps the game really pop, especially playing in 4K. The other neat part of this is the reworked characters portraits, which are much more animated now.

Instead of mostly static portraits, the character portraits are in constant motion now, helping add to the overall animation of the game.

About halfway through Kamoshida’s Palace the grappling hook is introduced, giving you some new options for infiltration. It’s not as easy as being able to go wherever you want, but in my demo I used the grappling hook to bypass an entire courtyard filled with enemies and climb up a tower.

There are multiple new areas within the Palace, but they feel perfectly blended in, just like the grappling hook. It’s simply an option, and the same overall layout of the Palace is the same, just with minor changes. Still, it’s a more robust experience overall, and my time even gave me a new Persona to use, the adorable Cait Sith.

The same can be said for Kamoshida’s boss battle, which again, had some differences. The biggest difference is that both Mishima and Shiho appear during the battle, under Kamoshida’s control. This added on some new dialogue and options for stopping Kamoshida’s explosive attack.

After slapping around Kamoshida, we were able to explore the brand new area, Kichijoji.

Based off of the real-life Kichijoji, this is a colorful area with dense streets packed with little stores, food stands, and bars. It’s a fun little area that gives you more to see and do, more to buy, and even a couple of new minigames in the form of darts and billiards.

You can bring party members to the Penguin Sniper bar and use the two games to improve their Baton Pass, as well as Joker’s. Interestingly the darts minigame uses motion controls, as you have to move the DualShock to pick the area you want to throw the darts in. After that a little white dot will bounce around the area, and you have to flick the controller forward to then throw.

If you’re familiar with Dartslive in Yakuza, you’ll instantly be familiar with how it works in Persona 5 Royal. Unfortunately, I didn’t get the chance to try out billiards.

With the new area and scene in Kichijoji came new dialogue between the Phantom Thieves. I actually laughed out loud when Ryuji confused the phrase “stroke of luck,” with “strike of luck,” causing Morgana to ask who’d want to protest luck.

The characters and writing are, of course, just as likable and fun as ever, and I’m excited to see what the new story beats bring to the experience.

The final piece I was able to play was the Thieves Den, which functions as an interactive gallery feature. You can jump into this area from the main menu or title menu, and it’s a medium-sized room that has different stations where you can listen to music, watch movies, view art, and more. It’s a simple addition, but a nice way to integrate gallery features in-game.

It’s honestly hard to demo a 100-hour game like Persona 5 royal in one hour, and I know what I played is just the very tip of the iceberg.

Still, there was enough new in just that hour that I’m excited to dive in and see what else is there. The graphical update and new portrait animations really make things pop off the screen, and there’s already no doubt in my mind that Royal will be the definitive Persona 5 experience.

For more on Persona 5 Royal you can check out our list of everything we learned from playing the game, or the Western release date trailer. If you need something to play in the meantime, you might want to check out Tokyo Mirage Sessions #FE Encore on Switch.