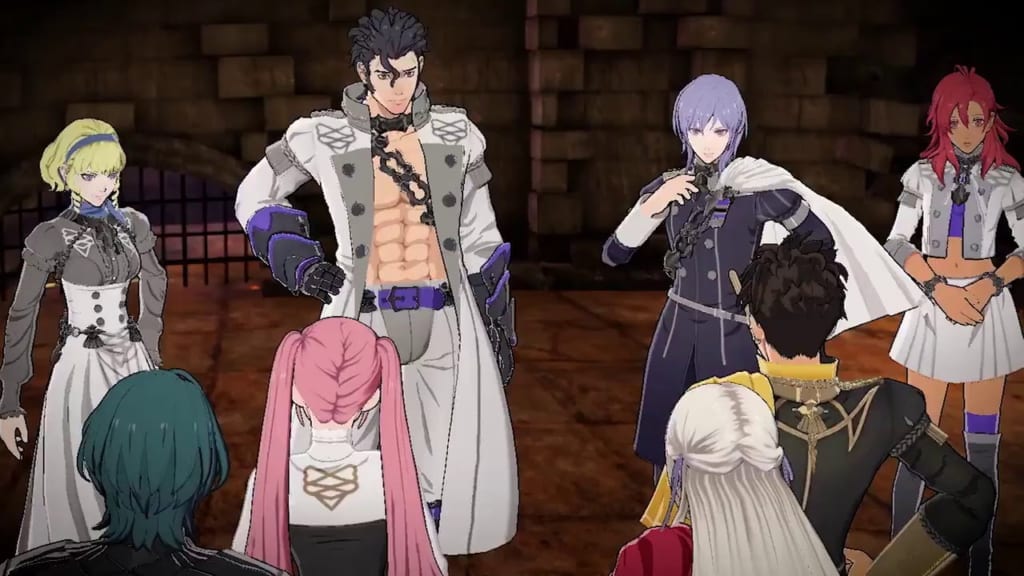 With less than a week to go before the release of the Cindered Shadows story DLC for Fire Emblem: Three Houses, Nintendo has been pretty generous in doling out information about the new scenario. Aside from just new maps and a side story, Cindered Shadows has serious potential for even better writing and character development in Fire Emblem: Three Houses.

While Three Houses was a very obvious step up from its predecessors on the 3DS, it still suffered from the same old issue of side characters feeling irrelevant to the main story. Essentially, if your name wasn’t Byleth, Edelgard, Claude, or Dimitri, you were expendable and not at all crucial to driving the story forward.

When you consider the fact that permadeath is a key feature of the game, this makes sense. The writing has to take possible character deaths into consideration, which means that the minor characters can’t be too important. You’ll still get to spend time learning more about them in support conversations, but they’ll never truly be relevant to what’s going on in the main campaign.

With the upcoming Cindered Shadows DLC, however, it’s a real possibility that we could get to see some of these minor characters play a much larger role. It’s important to note that Cindered Shadows will be a completely separate story from the main game, and you’ll only have select characters able to join your party during this time.

Aside from the three main House leaders, you’ll also be getting Linhardt, Hilda, and Ashe. Having only played through the Black Eagles and church route in Three Houses, it’s obvious to me that Linhardt has been included in this story because of his fascination with Crest studies, and the new Ashen Wolves will certainly fascinate him.

And while I’m not personally familiar with Hilda and Ashe, they’ve clearly been selected for this story for a reason –possibly for Hilda’s own connection with new character Balthus, and Ashe’s brother’s death could explain his role in this story, too.

Since this is a completely separate story from the main game, it’s also possible that permadeath might not be a thing in Cindered Shadows. This would be a crucial thing to note, as without the threat of permadeath, the writers essentially have free reign over how they want to incorporate the characters into this story.

As excited as I am to see the three House leaders unite for the first time in the story, I’m even more intrigued by how the three side characters chosen for Cindered Shadows will be developed in this scenario. With four new characters thrown into the mix as well, there are plenty of new social dynamics to be excited about, and I’m ready for the game to finally spotlight some of these lesser known faces.