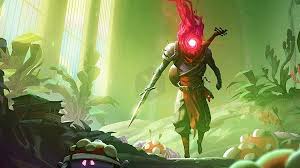 Even during its early access days, Dead Cells showed a lot of potential as a brand new rogue-lite title that drew design inspiration from Castlevania. The groundwork and foundation were already there; all Motion Twin had to do was build upon that, and add even more content to flesh the game out further.

The Bad Seed DLC, which released for the game this week, doesn’t change the formula in any drastic way, but it doesn’t need to. And it’s a glorious reminder of why we, at Twinfinite, all fell in love with Dead Cells when it finally got its official launch back in 2018.

Priced at $4.99, The Bad Seed is the first paid DLC release for Dead Cells, which might come as a surprise if you haven’t been following this game very closely. After all, Dead Cells has been receiving consistent updates and support since the official launch, including the Rise of the Giant update, which also included new biomes to explore and a new boss fight.

The Bad Seed offers a fair amount of new content as well, with two new early game biomes and one boss. Unlike Rise of the Giant, though, these two areas are accessible at the very beginning of a run, which means it’s very easy even for new players to check out the new content.

Named the Dilapidated Arboretum and the Morasses of the Banished respectively, these two biomes are distinct and unlike anything else we’ve ever seen in Dead Cells. They feature a yellow-greenish color palette that still looks bright and vibrant, even when the grotesque noxious monsters start popping out of the walls.

Despite being an early game area, you’ll still need to have achieved some familiarity and progress with Dead Cells in general in order to survive. For instance, accessing these areas requires players to get the Vine rune, an item that can only be acquired by going through a more ‘forgiving’ biome early on.

It’s a good design decision on Motion Twin’s part, as it ensures that new players at least have a good idea of how combat works before they jump into it. This also gives the developers the freedom to up the difficulty a little.

The new enemy types in The Bad Seed are a tricky bunch, with the most annoying type coming in the form of a sneaky ninja-like humanoid who attacks you from afar with blowdarts. They have melee counterparts as well, who will stalk you relentlessly once they spot you. Combine them with the venus flytraps scattered around the biome, as well as the flesh-eating slugs that surprise you from the walls, and you’ve got yourself a couple of pretty challenging areas you’ll need to get through before you can even make it to the boss.

While the new boss, named Mama Tick, isn’t too tough herself, she’s still a sight to behold. One of Dead Cell’s greatest strengths always came from its stunning art design and pixel animation, and Mama Tick certainly didn’t disappoint.

With the Concierge and Conjunctivitus both presenting very different challenges as potential first bosses you can encounter in Dead Cells, Mama Tick rounds out the group nicely as a melee/range hybrid and adds even more variety to an already content-heavy game.

I haven’t even mentioned the new blueprints, which will surely delight veterans and give them even more of a reason to continue playing this dense game. A couple of the new weapons include the blowdart itself, an irritating ranged weapon that should work quite nicely with most Tactics builds, and the Ice Shield, which freezes nearby enemies after a successful parry –should be nice for Survival builds.

The Bad Seed also introduces Dead Cells’ first ever two-slot weapon, the Scythe. It’s a weighty weapon that reminds me a lot of the Asymmetrical Lance, a personal favorite, and a badass double blade that lets you cover your sides efficiently.

The Scythe is just a little faster and works better with mobile builds, but the tradeoff is that it’s the only main weapon you can carry, so you’ll be giving up some range.

There’s also a banjo-like weapon that handles like the vanilla game’s Broadsword, except it plays an awesome riff each time you hit enemies with the thing. The new weapons introduced in The Bad Seed are a lot of fun to play with, and have the potential to make future runs even more exciting.

I beat The Bad Seed on Nintendo Switch, coming back to the game after about a six month-long hiatus, and was also pleasantly surprised by how good and well-optimized this game feels on the platform. Back when Dead Cells had launched on Switch, the game ran at 60fps, but would also suffer from occasional frame hitches and hiccups that could potentially ruin a run.

Motion Twin addressed the issue early on by introducing a video option that allowed players to cap the frame rate at 30fps, but it was only a short term fix. Since then, the developers have managed to address the issue properly, and the game now runs beautifully at a consistent 60fps on the handheld. It’s basically perfect.

Dead Cells continues to grow and prove itself as a worthy competitor in the expanding rogue-lite market, and if The Bad Seed is just an indicator of even better things to come, then I’m certainly looking forward to whatever the future holds for the beloved Prisoner.