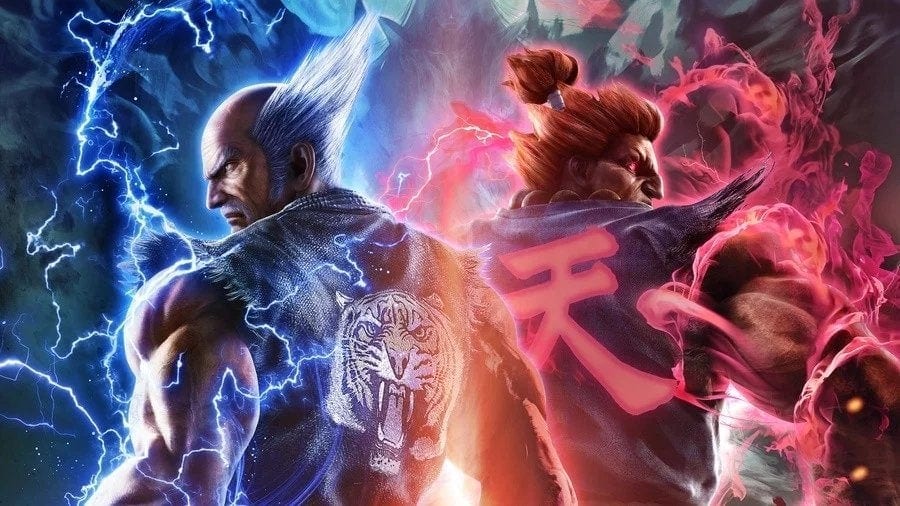 It’s no big secret that crossover games are awesome. Seeing characters from your favorite franchises all in one game is an undeniably exciting prospect, and there is no better genre for it than the fighting game, home of the Tekken and Street Fighter franchises.

The fighting genre is notoriously filled with crossover games both because it’s awesome, and because it’s the best way to fill out a large roster. From Spider-Man web-kicking Phoenix Wright to Kirby inhaling Bayonetta, it’s endless fun to pit your favorite franchises against each other to see who comes out on top.

One of these crossover games combines to time-honored masters of the fighting genre: Street Fighter X Tekken (SFXT for brevity). This collection of Capcom and Namco characters released in 2012, boasting a roster of 26 Street Fighter characters and 26 Tekken characters (as well as 3 Sony characters exclusive to the PS3 and Vita versions of the game).

Developed by Capcom in the 2D fighting style of Street Fighter, the game celebrated the characters and histories of the two franchises through both its characters and maps. Despite performing under Capcom’s expectations, the game was received with generally favorable reviews.

However, we aren’t talking about Street Fighter X Tekken. We are here to talk about Tekken X Street Fighter. Since it’s announcement in 2010, we have seen nor heard hardly anything about Namco’s counterpart to Capcom’s SFXT, but it hasn’t been cancelled after these 10 long years.

So what happened to it? Where did it go? Is it ever coming out? Well, let’s start with those first questions.

At SDCC that year, Street Fighter X Tekken was revealed with a trailer, while Tekken X Street Fighter was too early in development to show anything off. This will be a trend throughout the game’s ten year development. TEN YEARS!

There’s a lull in development announcements for the next two years. While SFXT launches in 2012, TXSF launches… a Facebook poll. Yep, just a Facebook poll on Tekken’s page, asking players what characters they’d like to see in the game.

In an interview about the game at the Independent, series director Katsuhiro Hirada claimed, “We’ve made some progress, a lot actually, not quite 10% but almost!” This statement was also made in 2012, two years after the game’s announcement. It’s clear from this statement that the game was not enormously high on the priority list.

It isn’t until 2014, again at SDCC, that we will hear more about the game’s development. Hirada claimed that the game was still in development, but was being kept under wraps until Namco could find the right moment to market it. Maybe this means that they didn’t want to take from the marketing that SFXT was getting in 2012, but there wasn’t a mainline Tekken game between 2007 and 2015, so…

Speaking of 2015, that’s when Tekken 7 released. So this is something Namco obviously didn’t want to market against, so it makes some sense why they didn’t release any new news about TXSF, but they did make a curious move anyway. They added Street Fighter’s Akuma to the game.

This was a confusing move. Was this a tease for the crossover title? Was this all the title will be? Does this mean the game is cancelled? With Namco’s strangely quiet development, none of these questions would really be answered.

Until 2016, that is. In 2016, Hirada finally drove the nail into the TXSF coffin and revealed that the game was no longer in active development, but it wasn’t cancelled, either. Merely placed in development purgatory, and Tekken fans will have to wait.

In 2019, the waters got murkier. In an interview with the Video Games Chronicle, Hirada said, “Yes, I am emotionally up for it. I still want to release the game. However, as much as I want to proceed with the project, things have changed a lot since 2012. So I need to get approval and I need to speak to Capcom again as well — they may say ‘no’ now. I was excited about that and I have passion for it, but my logical and business thinking has me wondering if I really should do it.”

Will it Ever Release?

So, what are the odds we see the game any time soon based on the assembled evidence? Well, it’s hard to say.

On one hand, Tekken 7 is still getting support after all these years. It’s in Season 3 right now, and performing rather well, so Hirada’s business sense may be right here. It may not be for the best to advertise and release a game that will compete with your own currently successful and popular game.

On the other hand… the fans haven’t given up. Just a few weeks ago, Hirada held a poll on his Twitter, asking if fans actually still want to play Tekken X Street Fighter. Out of 66,608 respondents, the poll was 59% in favor of the game, while 13 % responded negatively (and 28% didn’t want to be asked, for some reason).

So will we see the release of this game? At the end of the day, it will have to go through a lot of red tape, but the little upkeep we’ve received over the last ten years has done a solid job of building the hype, and if the series director and the fans are both still up for it, I bet we hear more about it once it returns to active development. I think. Maybe. Maybe not.