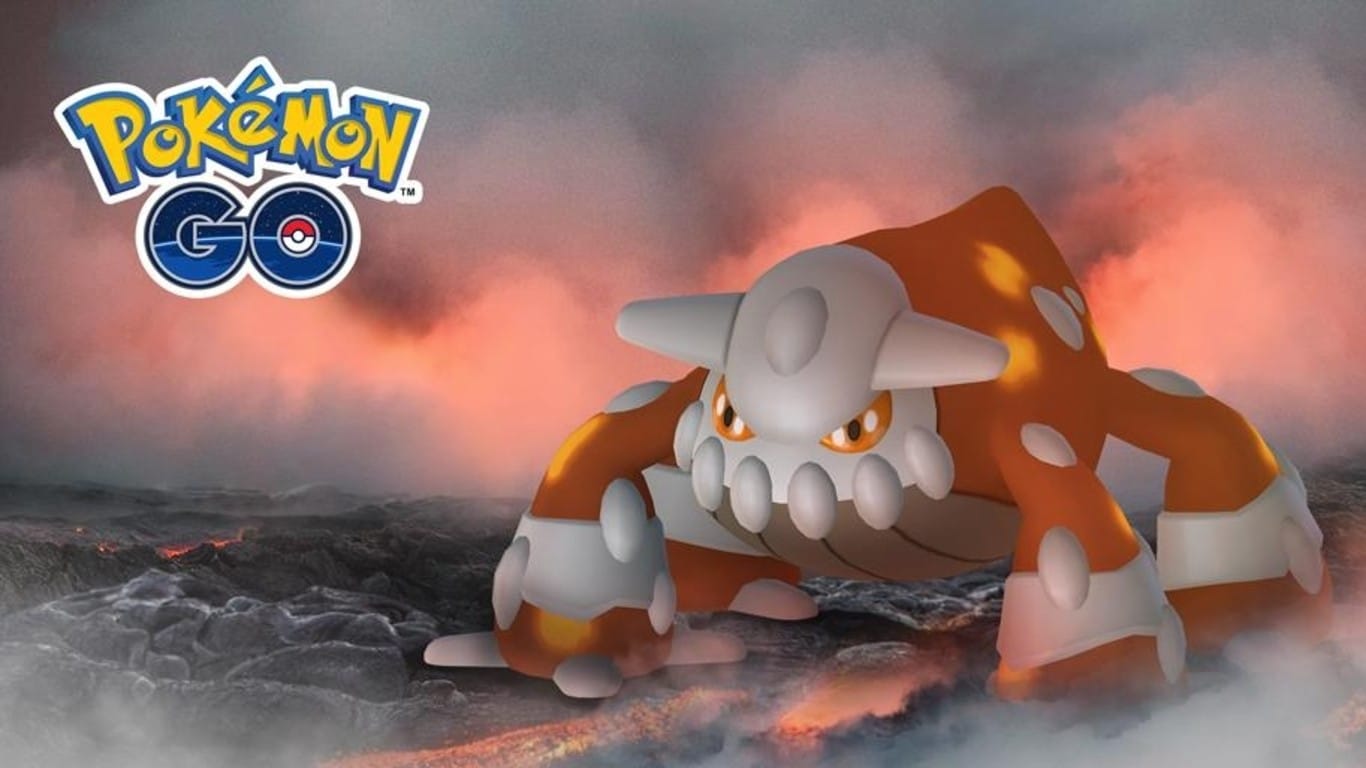 It’s a brand new month and that means it’s time for a change of the guard in Legendary Raids. The Fire/Steel behemoth from the Sinnoh region, Heatran, is stomping its way back into Pokemon GO this month.

The dual-typing of this creature makes it an ideal candidate for raids against Ice- and Fairy-type Pokemon. Heatran is also still the only mon in the franchise to have this typing, so that’s reason enough to get out and catch this beast.

Before we put the cart ahead of the horse, take some time to let us tell you everything you need to know about Heatran’s Raid, Stats, Counters, Weaknesses, & Best Movesets in Pokemon GO.

The most important thing you can know about Heatran before you even get started on the raid is where you’ll be able to get the monster. The Lava Dome Pokemon will only be available in legendary raids until Feb. 4.

That means if you see a level five raid, then you can be sure that a Heatran will appear there once the egg hatches. The only exception is if you have an EX Raid Pass, then you’ll be facing a Regigigas.

How to Catch Heatran in Pokemon GO

This is going to be just like any other raid where you have to KO the Pokemon, then you’ll be given a chance to catch it. However, you’ll want to have a few people with you to get it done.

Speaking of optimal counters, let’s take a look at a few. Pokemon that’ll help make your raiding experience a breeze. Luckily, there are a ton of incredibly common Pokemon that are great for taking on Heatran.

The most easily accessible counters are Rhyperior, Rhydon, Flygon, Golem, and Swampert. Equipping them with Ground-type moves is the best way to go for taking on Heatran.

Swampert also has access to super effective Water-type attacks against Heatran, but Ground moves are even more effective. The only Water attacker you should consider for this raid is Kyogre. Still, your best bet is to fill your raid team with Ground-type Pokemon.

Fighting mons like Machamp and Hariyama are also decent options, but the other Pokemon listed below are going to be much more effective in this battle. Here are the best counters for the Heatran raid:

Heatran is an absolute beast when it comes to taking on Ice- or Fairy-type Pokemon. Not only can it hit both types for massive damage, but it also resists their attacks at the same time.

The Steel- and Fire-type moves in Heatran’s arsenal also make it a solid option to go up against Grass-, Rock-, and Bug-types.

Heatran is a solid addition to any collection, but you’ll want to keep it away from battles with Water-, Fighting-, and most of all Ground-type mons. As you already know from the raids, those Ground-type moves are devastating to Heatran.

Heatran has an interesting learnset, when it comes to fast attacks. Sure, it has your typical Fire Spin like many Fire-types, but then it also seemingly randomly can learn Bug Bite.

It’s not useful, so TM it into Fire Spin if you ever get this mon with Bug Bite on it. Here are Heatran’s fast attacks:

This is where building out a moveset for Heatran gets more fun. Flamethrower is a must-have for any build, but then that leaves you with one more move.

I’ll get back to that in just a bit, but for now here are all of Heatran’s charge attacks:

We already know Fire Spin and Flamethrower are locked in, so that leaves us with Iron Head and Stone Edge assuming we don’t want to overload on Fire-type moves.

Iron Head is going to be the way to go since it gets STAB and is an overall better attack since it gives Heatran a super effective move against Rock- and Fairy-type Pokemon. Stone Edge is still good, but Iron Head is just better in this case.

Heatran is a solid attacker that also has plenty of HP and Defense to help it last in raids and PvP. It’s not top of the charts for Steel- or Fire-types, but it’s still worth picking up and adding to your team.

It’s also one of the few Pokemon in the game with at least 200 points for each base stat. Here are Heatran’s stats:

That’s all there is to know about the unfortunate Heatran’s Raid, Stats, Counters, Weaknesses, & Best Movesets in Pokemon GO. If you’re looking to get deeper into the game, then check out our Pokemon Go Wiki.