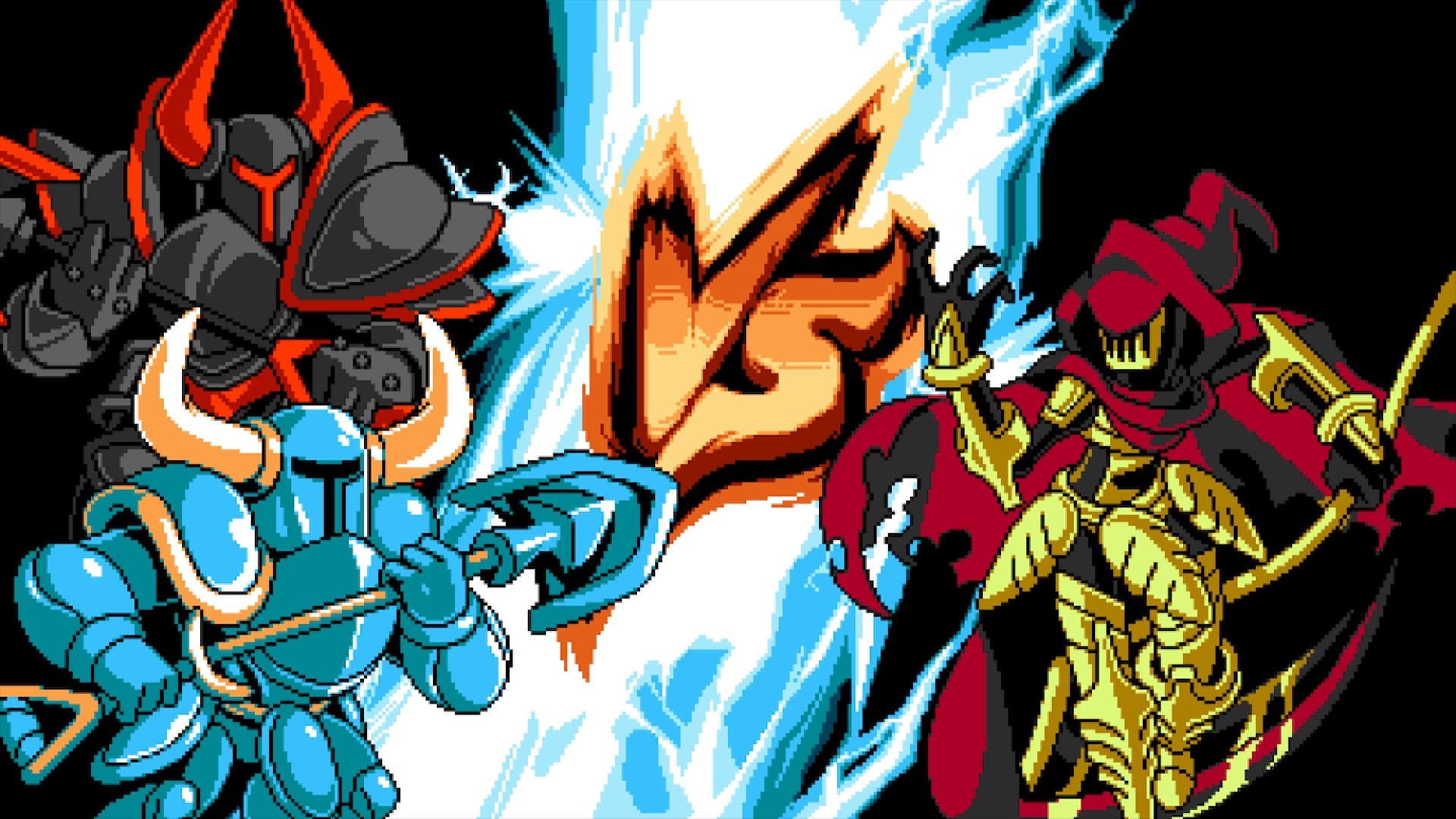 Developer Yacht Club Games first introduced the world to Shovel Knight back in 2014, and for the last several years the team has been steadily expanding upon that colorful world with a slew of fantastic DLC single-player expansion.

Shovel Knight Showdown is the first multiplayer offering from the team, and while it features the incredible music and pixel art you would expect, it plays like a lesser version of better games.

The most immediate and obvious comparison is that Shovel Knight Showdown plays like an 8-bit take on the Super Smash Bros. series, and if you have played those games then you will immediately feel right at home here.

There are two main game modes: Story and Battle. In Story Mode, you play as Shovel Knight or one of the various dastardly knights of the Order of No Quarter. You will then play through a short series of matches that are tied together by a loose narrative, culminating in a boss fight.

These matches can have several victory conditions that range from collecting a set amount of gems, reducing an opponent’s stock of lives to zero, or breaking a certain number of targets within the time limit.

While basic, there are some interesting moments to be had here. For one thing, each character’s storyline is slightly different and helps to build upon the background of each of the playable knights in a nice way. For example, during Shovel Knight’s campaign, you will get to see more of Shovel Knight and Shield Knight together, which is always cute and something I’m here for.

Another is that each time you defeat the final boss with a character, you will unlock new stages to play on in Battle Mode, and new playable knights that you can then play through Story Mode again with.

There is a fair amount of content included, which is great, but keep in mind a single playthrough is only going to take you around 10-15 minutes to complete. I didn’t beat Story Mode with every character, but in my experience, you always have to fight the same end boss and it’s a pretty boring fight.

Battle Mode simply lets you play a single match against either AI opponents (which are competent enough) or human players locally. This would obviously be an awesome feature for console and especially Switch players, but it is not something I would want to deal with on PC.

Combat is essentially the same as it is in the base game, and each character has unique move sets and movement styles. It’s nothing too complex (each character has some variation of melee, ranged, counter/block moves) but it feels appropriate. For example, Shovel Knight has his iconic Shovel Drop technique, Plague Knight flings toxic vials and Specter Knight is able to endlessly use his Dash Slash to attain aerial dominance.

It’s fun to play through the Story Mode a few times, but it quickly gets repetitive. If you were thinking Subspace Emissary, lower your expectations to Spirits Mode, and then lower them again.

Technically the game performs great, you can have up to four characters on-screen at a time duking it out, and everything runs silky-smooth. There are a variety of items that you can obtain and use, from summoned creatures that will fight on your behalf to consumables that you can use to restore your hit points.

But, at least while playing through Story Mode on Normal difficulty, I didn’t find any of it to be necessary. Even when three opponents are thrown at you at once it isn’t very difficult to defeat them simply by spamming a basic attack, and I received the achievement for not dying once in a full playthrough on my very first attempt.

It’s not that Showdown is a bad game; it’s competent, and it presents itself well enough. It’s just that it’s fairly shallow, and there isn’t anything really unique to it. Say what you will about PlayStation All-Stars Battle Royale, but even that much-maligned title brought something new to the table with its multi-level super attacks.

It’s worth mentioning that Shovel Knight Showdown is free to players that own the Treasure Trove edition of the base Shovel Knight game. Standalone, the game will run you $10 USD, but outside of the most hardcore of fans, I wouldn’t recommend it.

Shovel Knight Showdown is a rare misstep from a developer known for pixel-perfection. It’s a fun diversion for a few dozen minutes but falls short of the base game, and the brilliant single-player expansions that came afterward.