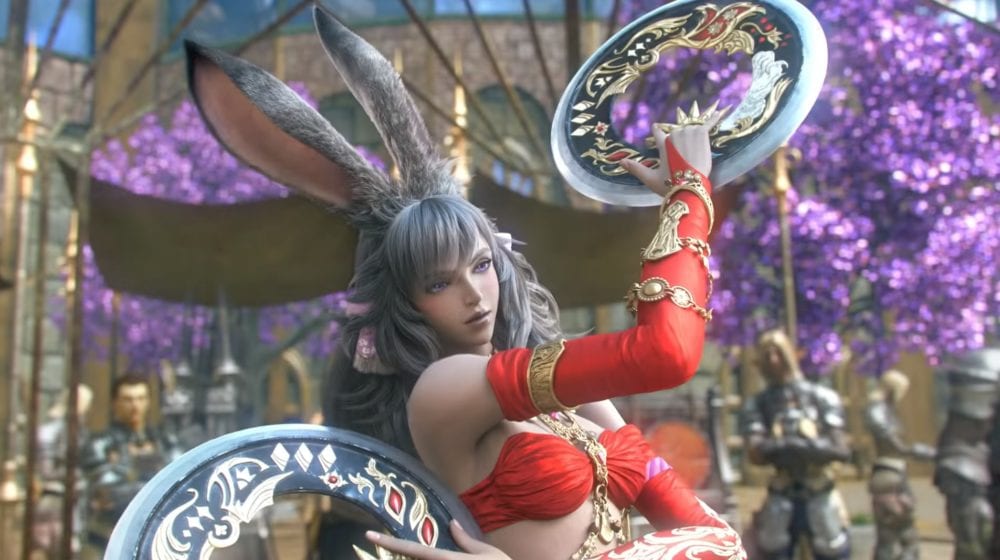 Today Square Enix broadcasted a new Final Fantasy XIV Letter from the Producer Live, focusing on the next major patch.

Producer and Director Naoki Yoshida and Global Community Producer Toshio Murouchi provided a lot of information about the upcoming update 5.2.

It’ll bring the removal of weekly restrictions from Eden’s Gate and its Savage version. Deepshadow Solvent will become purchasable with manufactured coins, and season 14 of The Feast will begin.

The patch will also involve some tweaks to the Ninja job. Funnily, Yoshida-san also talked about the backside of the 2B costume, mentioning that he’s aware of the feedback. Things will be improved in the future.

Moving on to patch 5.2, it’ll be titled “Echoes of a Fallen Star” and it’ll be released in mid-February.

It’ll include new main scenario quests, a new dungeon named Anamnesis Anyder (which will work with the Trust system). From now on, only one dungeon will be added with every major patch. We also get to see an image that appears to portray Ardbert, but obviously, he looks a lot younger.

New tribe quests will be added for the Qitari, focused on gathering.

New Chronicles of a New Era Quests will include “The Sorrow of Werlyt.” A new Ruby Weapon trial will also be added featuring the Ruby Weapon and its extreme version, plus another secret one.

A new raid will come, titled Eden’s Verse alongside its Savage version. A new quest series related to upgradeable equipment will also mark the beginning of a “new adventure.” It’ll be detailed in the next broadcast.

It’s a story focused around Bozja Citadel, the home of the Hrothgar race. It’ll continue with the following patches after 5.2.

Job tweaks will include Red Mage and PvP actions will be adjusted.

The Ishgard restoration will get its own update while the Diadem will be changed into content dedicated to gatherers, as you can see in the slides below.

Expert recipes will be added alongside new collectable items. Expert recipes will let you earn greater rewards and will trigger additional statuses on top of poor, good, and excellent, which will be the key to increase their quality.

The ranking system will be introduced, and it’ll be separate for every crafting and gathering class. Results from each world will be announced on the Lodestone and those who rank at the top will get special titles. Players will also get achievements.

Crafter and gatherer classes will be adjusted. Actions will be tweaked providing new features to estimate the effects of your next action. It’ll also be easier to desynthesize stacked items.

Fishing will also be updated and Skysteel Tools will be introduced. They can be upgraded through following patches via a quest in the Firmament. You’ll need to craft and gather specific items to upgrade them.

The Materia system will change radically. When you create Materia you won’t lose the equipment anymore. On top of that, class restriction will be removed from affixing materia. As long as you have the level required, you can do it.

New fisher-exclusive content named “Ocean Fishing” will be introduced, letting you board a ship to fish in the high seas. Final Fantasy XI players might shed a tear at this one.

Of course, new Allagan tomestones will be added, alongside more New Game+  chapters and new ranks for Free companies.

Leap of Faith in the Gold Saucer will get new courses, the companion app will display Fellowships, and we’re getting Umbrellas.

We also get the announcement of a nw FanFest between 2020 and 2021. As usual, it’ll be in Japan, North America, and Europe.