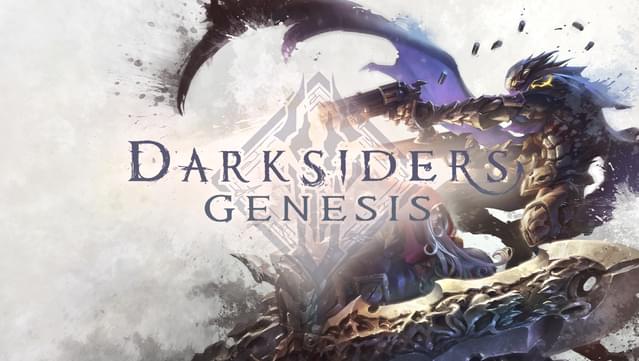 Darksiders Genesis takes the classic Darksiders formula but adds in an isometric camera angle. This easily draws comparisons to games like Diablo or Path of Exile; however, despite the camera angle, Genesis is true to form Darksiders game.

Genesis features the returning character War, and an all-new protagonist named Strife. These are two of the four horsemen of the apocalypse and are the playable characters of Genesis.

As the name implies, this game is a prequel to the first installment. The Council, who oversees the balance between the underworld and the living world, sends War and Strife to see what the demon Lucifer is up to.

Along the way they get caught up in doing tasks for Samael who has trapped them in the void, forcing them to complete favors for The returning character Vulgrim

While the overarching story is somewhat retreaded ground and relatively uneventful, it provides a great structure to Genesis. The Void acts as your hub world where you return to upgrade your combos, items, and health, as well as embark on missions.

Each chapter features a large area for players to explore. Every nook and cranny is filled with collectibles or chests. There are plenty of areas to go back to and explore once you’ve picked up so new abilities in later chapters.

This helps capture the joy of exploration found in previous Darksiders Games, without overwhelming players with a sprawling open world map.

Each area is more focused, with a clear linear path if you’re looking to just push through, but with enough offshoots and branching paths to reward those who seek them out.

Genesis strikes an excellent balance between combat, platforming, and puzzle-solving. Some of the puzzles repeat themselves a little too much, such as having to jump and hang on a lever to pull it down and open a gate.

But some of the more intricate puzzles come from the items you’ll pick up like the Void Portals. That allows Strife to throw portals in specific areas that let yourself or items pass through.

This added puzzle layer creates some of the more thought-provoking puzzles, without being too obtuse or intricate.

Genesis will have you switching between Strife and War frequently. This can be done with a simple button press at any time and is encouraged.
Strife’s focus is on ranged combat, and his dual-wielding pistols have a good variety of different ammo types to unlock.

Whether you’re using his piercing shot, or standard ammo, every hit on an enemy will build up a meter that when full, will unleash powered-up versions of his shots.

Strife’s combat usage is built around this system. Every ammo type has a specific use case, and mixing and matching them will make him a force to be reckoned with.

While he is excellent at range, if the enemy gets up close and personal you’ll want to switch to War. His large sword will take care of any enemy within swinging distance.

This is the balance of combat, keeping enemies at range with Strife, and switching to War when things get close. It helps keep battles feeling fresh and requires you to pay attention.

Some encounters, especially mini-boss encounters can feel like your just mashing buttons with War, but luckily those are few and far between.

The main system for upgrading War and Strife comes from the brand new Creature Core system. At first glance, it looks like a simple skill tree, but instead of experience points, players are granted cores for killing specific creatures.

These cores are then slotted into the tree to provide buffs and new skills.
In between combat arenas, there is a decent amount of platforming, which helps break up the pace of the game.

It’s pretty standard stuff for the Darksiders series, tiny platforms that require precise double jumps, ledges to grab and shimmy across, and the occasional object trying to crush you.

The isometric camera angle can make some of the platforming difficult as you try to judge distance, but overall the platforming is totally competent and helps keep everything feeling fresh.

Overall Darksiders Genesis pulls off the change in perspective. It feels like a true to form Darksiders game and should not be skipped by any fan of the series.