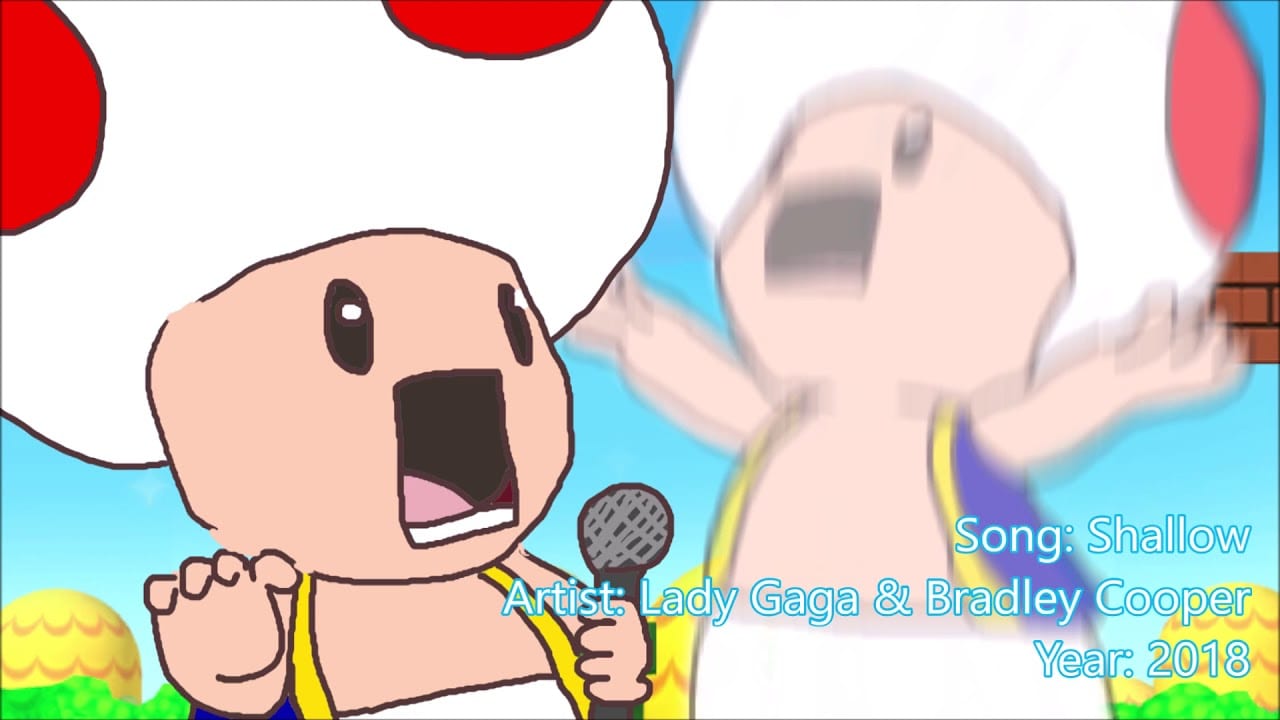 We all already know that Lady Gaga did a stand-up job on her role in A Star is Born and even did a better job during her vocal performance of Shallow alongside Bradley Cooper, but I have something to tell you all: we might have another singer in the wings that puts Lady Gaga’s amazing voice to shame. I’m talking about Toad. Yes, that Toad.

In a series of covers that come from the YouTube channel, Melancholiaah, we get to hear Toad perform his renditions of various popular pop songs such as Bohemian Rhapsody, Sia’s Chandelier, and the most recent release, a cover of Shallow.

Get ready to hear some of the most beautiful sounds that you have never heard before… just make sure it’s not the middle of the night because your neighbors might think your cat is dying.

If for whatever reason you don’t seem to like Toad’s beautiful and awe-inspiring singing voice, make sure to at least checkout Melancholiaah! on Spotify because she actually makes some pretty awesome pop music that doesn’t sound like a dying animal.

(Shoutout to Kotaku for originally reporting on the video)