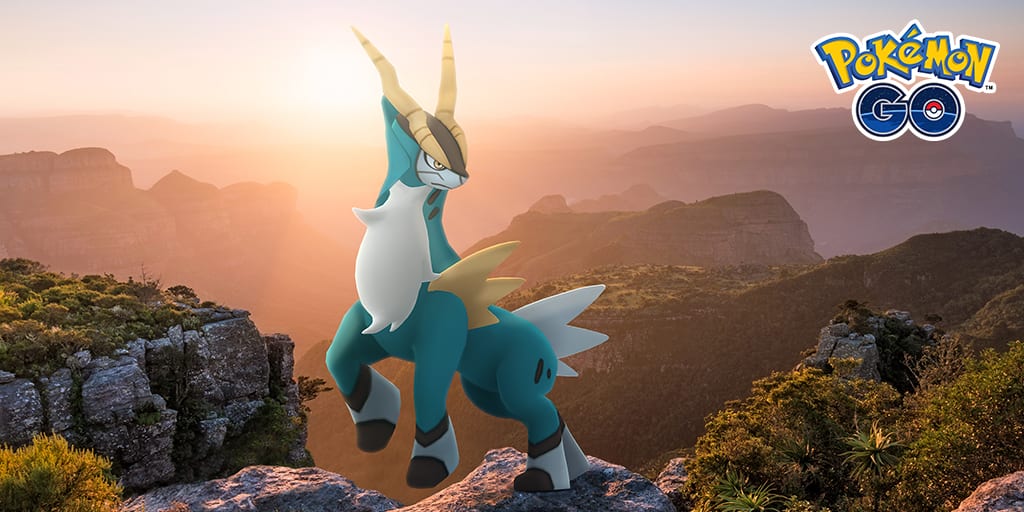 As the Regi trio leaves the rotation, Cobalion bounds into Pokemon GO’s legendary raids. This Steel/Fighting-type creature is a member of the Swords of Justice which debuted in Pokemon Black and White on the DS.

It’s always an exciting moment when a new generation of legendary raids kicks off, but don’t get too excited.

Cobalion has a nice design, but it doesn’t quite have the stats or moveset to match. Here’s everything you need to know about Cobalion Raid, Stats, Counters, Weaknesses, & Best Movesets in Pokemon GO.

Cobalion will undoubtedly disappoint many Pokemon GO players, but at least the Chimchar’s community will let you get the chance to test-run Infernape even though it’s not an ideal counter.

How to Catch Cobalion in Pokemon GO

Since Cobalion is only available in legendary raids that means you’ll need a team of four to five other trainers to comfortably take down this stallion. It’s not exceedingly strong, but this is just the nature of legendary raids.

In extremely rare cases the raid could be done by fewer trainers if everyone has perfect counters at max level with weather boost. Either way, you’ll want to build a team of mostly Fire-, Fighting-, and Ground-type Pokemon.

Once you take down this legendary Pokemon, then you’ll get the opportunity to add it to your collection. Even if it’s not too strong it at least fills a spot in your Pokedex.

Again, Fire-, Fighting-, and Ground-types reign supreme in this raid. It’s also one of the first new legendary raids where recent addition, Excadrill, can shine.

If you’re afraid of Stone Edge wiping out your precious Fire-types, then Excadrill, Groudon, and Garchomp are fantastic safe choices for this raid.

They’re not the strongest counters, but Cobalion at least doesn’t have any major advantages over Ground-types. Truly, Cobalion’s moveset will determine the best counters, but everyone below is pretty solid.

Cobalion’s best strength is that it gets you a bunch of items for beating it in a raid. This legendary Pokemon is unusable in PvE and PvP modes thanks to its low attack and unfortunate moveset.

It has some coverage against its Fighting-type weakness with Zen Headbutt. Stone Edge can make life hard for Fire-types, but none of Cobalion’s coverage matters much since its attack stat is unimpressive at best.

Here’s to hoping that the other Swords of Justice will be better than Cobalion, but the Forces of Nature and Tao trio are much more exciting upcoming groups of legendary Pokemon.

If Cobalion had maybe one Fighting-type fast attack, then it might be at least worth trying out, but that’s too much to ask. Instead, we get the worst possible Steel fast attack, Metal Claw.

I get what they were thinking with Zen Headbutt, but at this point, it just doesn’t matter anymore. There’s no saving Cobalion from its fate of being a Dex filler. Here are Cobalion’s fast attacks:

Surprise, the charge attacks don’t get much better. It seems like they gave this sad blue failed Budweiser Clydesdale Stone Edge to combat Fire Pokemon. Unfortunately, the Fire-types in Pokemon Go are too good for Cobalion.

That brings us to Close Combat and Iron Head. Both are sub-prime charge attacks for their respective types and are quite embarrassing for a legendary to have in their arsenal. Here are Cobalion’s charge attacks:

You’re probably not going to end up using this Pokemon in any meaningful way. But, if you really want to, then just give it Metal Claw and Iron Head. It’s not a great Steel-type attacker, but it’s not great at doing anything else.

Cobalion is a big disappointment in the attacker category. Its only redeeming stats are decent HP and defense, which still aren’t high enough to make this Pokemon viable for use in any mode. Here are Cobalion’s stats:

That’s all there is to know about the unfortunate Cobalion Raid, Stats, Counters, Weaknesses, & Best Movesets in Pokemon GO. If you’re looking to get deeper into the game, then check out our Pokemon Go Wiki.