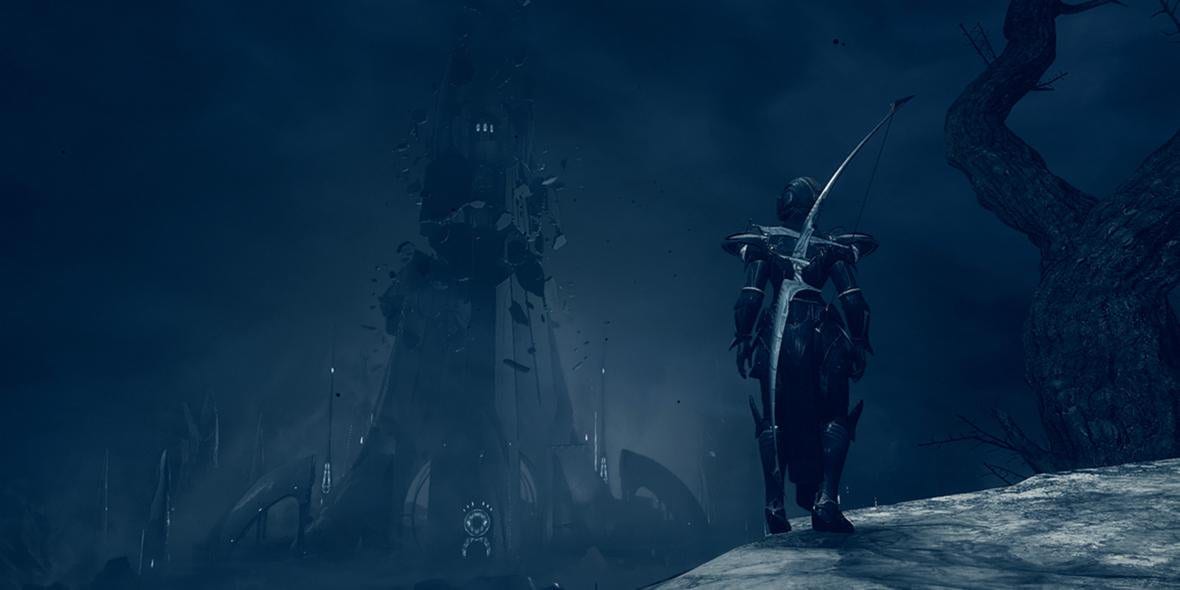 A Destiny 2 player and streamer going by the name of Zupah is taking one for the team, grinding their heart out and repeating boring and bland bounties over and over again in order to be the first one to hit 999 power level.

Sure 999 power level is cool number, and it’s not weird that someone would want to be the first to hit it, but the reason for the crazy grind goes beyond just showing off. A little back story first before I explain why.

When the Last Wish raid was completed for the first time last year, a curse was unleashed on the in-game area called The Dreaming City. Following a cycle that repeats every three weeks, Taken corruption spreads throughout the city to the point where it nearly consumes region. This cycle has repeated, unabated, since Last Wish was cleared.

Likely, this will continue to go out forever until Bungie turns the lights off on Destiny 2. However, some people believe there’s a solution, or at the very least, another chapter to this saga.

A lore book by the name of Truth to Power, was unlocked slowly over time last year. A portion of it is basically a choose your own adventure story, and it isn’t meant to be taken very seriously.

As Destiny lore expert My Name is Byf explains in a video he recently made on the topic (check it out below if you would like to watch it), Truth to Power is a lore book that is designed to deceive the player and everything discussed in it needs to be taken with a huge grain of salt.

Regardless of that fact, this particular part of the book is so juicy that it’s hard to resist sinking your teeth into it [emphasis mine] via Ishtar Collective.

“You bring Medusa before Rahool. “Ah,” he sniffs, “another battle trophy? Pre-Collapse, post-Foreboding, a covert intelligence designed to watch over a high-risk colony mission. Allow me to decrypt her for you.” He issues you several tokens, a rare-quality fusion rifle, a shader, and a letter. The letter reads “Achieve Light Level 999 and defeat Dûl Incaru in a one-person fireteam to unlock the true ending of the Dreaming City.”

What does that mean?! The true ending of The Dreaming City? Could that mean an end to the curse or the reveal of the dreaded Wish 15 which has tormented a subreddit dedicated to digging up Destiny secrets for over a year?

Literally no one knows. No one has been able to get to 999 power yet to test if there’s anything to this or if it’s just a lie. That’s going to change very soon.

As of the time of this writing Zupah is marching ever closer to 999 power. By Zupah’s own estimate, they should arrive at 999 power and be prepared to take on The Shattered Throne solo sometime around Wednesdayor Thursday of this week.

If you’re looking to replicate what Zupah is doing, this is the method via Zupah’s Twitch:

“The best method that I’ve been doing is to grab 5 repeatable bounties from Eris, and then go to Anchor of Light’s lost sector, complete them, and then fast travel to Eris and repeat.One run takes about 5 minutes and it’s about 15 minutes for a single rank. So 4 season ranks per hour.”

I’ve poured a ton of hours into Destiny 2 since the Shadowkeep expansion launched completing just about everything you can do weekly, and I’m not even remotely close to 999.

Zupah acknowledges that it probably won’t do anything, so don’t bother trolling if it doesn’t work out. In any event, their dedication to science is admirable. I certainly don’t have the “patience and time” to pull this off.

Hopefully for Zupah’s sanity it does something! You can watch Zupah play here while the stream is live and check out that My Name is Byf video on Truth to Power below.