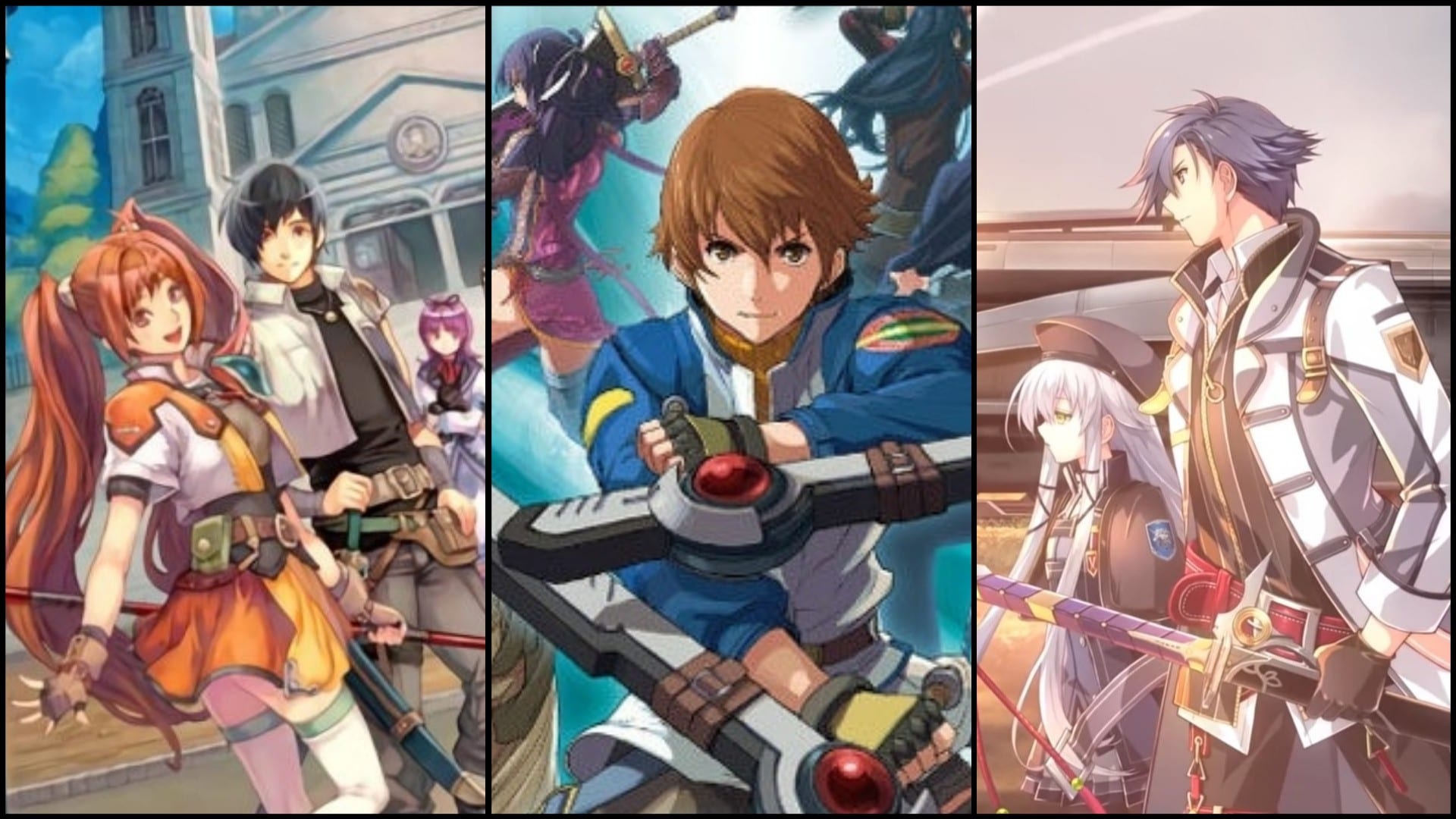 There are plenty of video game series out there that tell complex stories that weave narratives together, but nothing out there tells a story as ambitious and encompassing as Falcom’s Trails series.

It all started when The Legend of Heroes: Trails in the Sky released in 2004, which introduced us to the continent of Zemuria and its charming protagonists Estelle and Joshua.

Trails of Cold Steel III recently released on PS4, and it’s still continuing the overarching plot set up nearly 15 years ago. Over the past year, I’ve spent hundreds of hours catching up on the series and playing everything I can, even the unfortunately never localized Zero no Kiseki and Ao no Kiseki.

The Trails series is basically split out into three parts; three Trails in the Sky games, the duology of Zero and Ao, and the four Trails of Cold Steel games.

While each of these “parts” can be played standalone, they all tie together an overarching narrative as well as pieces of side content.

The most obvious way the series does this is with its enigmatic, villainous organization Ouroboros. Trails in the Sky introduces us to the organization which is behind all of the trouble that happens in the trilogy.

Ouroboros then has a direct hand in the events in the Crossbell games and Cold Steel. Throughout all of these games, we’re drip-fed info about Ouroboros, and introduced to new members.

However, the connections between the Trails games run so much deeper than this, mostly because it’s not one synonymous timeline that we’re seeing.

In particular, the Crossbell and Cold Steel games happen at the same time. While Crossbell is torn with strife in Zero No Kiseki, the Imperial Liberation Front is running its terrorist attacks on Erebonia in the first Cold Steel.

Then, in Ao No Kiseki when the city is sealed off by the game’s villain, the Erebonian civil war is at its height in Cold Steel II.

These games directly reference events that are happening in the others both through their main story and optional content, like reading newspapers of what’s happening around the continent.

On top of this, if you look back on Trails in the Sky the 3rd, that game set a lot of the groundwork for what would come. The 3rd introduces us to characters like Lechter and Gillith Osborne, vital players in the Erebonia games.

These are just a few examples, but the Trails games are absolutely rife with references and tie-ins. Even side quests can carry over between games.

For example, in the Crossbell games you meet two NPCs named Anton and Ricky. Anton is a hopeless romantic searching for love in all the wrong places, and you help him out a couple of times through quests.

Move to the second half of Cold Steel II, which moves the timeline after the Crossbell games, and Anton has now returned to his home country of Erebonia, still looking for love.

Once again you have to help him, and he even mentions one of your party members from Crossbell, Fran, in dialogue.

Again, there are simply too many examples to point out, but the Trails series has been building this narrative up across a decade, on multiple systems.

One of the more brilliant twists comes at the very tail-end of Cold Steel II, with a section called the Divertissement.

Throughout both Cold Steel games, you exclusively play as Rean Schwarzer, a student at the Thors Military Academy. However, in this section you suddenly take control of Lloyd Bannings, the protagonist of the Crossbell games.

If you’ve played the Crossbell games, this section is a huge treat, taking you through a familiar area with original music and all. The real twist, however, comes when you face Rean in battle, the character you’ve just been controlling for nearly 200 hours.

Through events like this, the Trails series does a fantastic job of giving its world real scope, and showing you how its characters fit into the world.

The series is meticulous about its world-building, and liberally takes time to build its scope. The first game in each part is generally much slower, taking time for character development and to put that area’s context in the world out there.

The later parts then pick things up, and push that overall narrative forward; divulging more details about Ouroboros’ ultimate goal, the history of Zemuria, and the meeting of multiple plot threads.

Like I said before, there are plenty of long-running game series out there, but in my entire life of playing games I’ve never seen anything like the Trails series.

Yes, you can jump in and play any part, but the real pleasure comes in going through everything. Seeing those references and points of intersection, seeing a character you knew from a game ten years ago pop up again all grown up.

The franchise’s commitment to telling a massive narrative and truly building a world is remarkable, and it’s something that it deserves far more attention for.

It’s a huge time investment, but it’s a kind of immersion and satisfaction that I’ve never felt in my gaming career before.