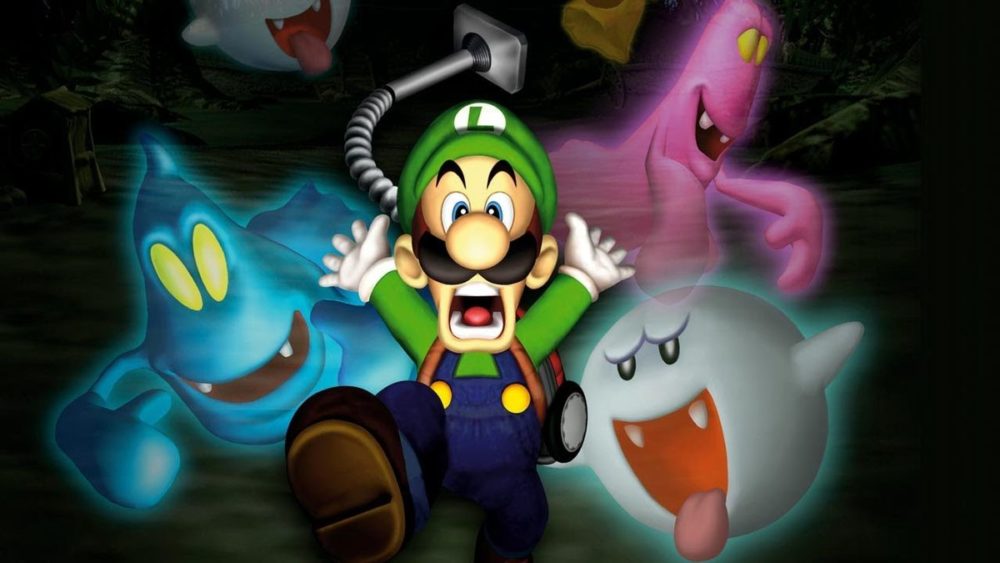 Anyone who says they’ve got Nintendo figured out is probably a liar.

Sure, you can usually predict its rigidity in certain areas, such as the company’s stances on streaming or its often cumbersome online features, but on an innovation front?

Much harder to pinpoint.

Nintendo is unafraid of challenging expectations — often to its benefit — and it has led to some truly wonderful ideas and franchises.

One such franchise, Luigi’s Mansion, has become familiar territory now, but once upon a time, it was such a massive swerve, we could hardly figure the whole thing out.

Back at the turn of the millennium, Nintendo was in an unwelcome position, having been bested in the console wars by Sony and its PlayStation. The Nintendo 64 was obviously no slouch, but it got throttled on the sales front, shipping 32.93 million units, compared to 102.49 million for Sony.

Side note: the Saturn sold 9.26 million. Thank you for playing, Sega.

Nintendo had to do something big and bold with their next offering, and at Space World 2000, we got our first look at Luigi’s Mansion.

The tech demo showcased the GameCube’s superior graphical quality, with Luigi’s terrified reactions a particular highlight. It was unlike anything we had seen from the plumbers before; though Mario was well-versed in exploring haunted houses, a game that took place entirely within one seemed a novel concept.

On that note, where was Mario? He was completely absent, instead embracing his latent megalomaniac in the Super Mario 128 demo. No Mario here, lots of Mario there? A bold choice, Nintendo.

By next year’s Space World, Luigi’s Mansion was well underway, and it would become one of twelve launch titles for the GameCube in September.

It’s hard to frame exactly how startling that was at the time, because it meant that the console was launching not with a Mario platforming game, but a Luigi adventure one.

Of course, Luigi’s Mansion was never meant to be compared to those titles, as it was very much its own thing. Indeed, the A button most commonly associated with jumping instead allowed Luigi to interact with his surroundings, or in absence of that, simply call out for Mario’s name.

Typical Mario, gets an entire button reserved for himself.

Here, we had vacuum cleaners and dollar bills hidden in the walls, as Luigi went about sucking up spooks and making his ass rich.

Luigi’s Mansion was mostly just playfully eerie, but on occasion, it did become creepier than its sequels dared to attempt. Take the battle against the infant Chauncey, for example, which took place upon an oversized crib trapped in the middle of a translucent dimension. Not exactly horrifying, but it felt like some kind of existential nightmare.

Later additions to the franchise were more stylized, whereas the original game trended towards comparatively photorealistic — albeit exaggerated — locations. Unsurprising, really, as the visuals were meant to show off the strength of the new hardware.

It felt unorthodox and uncomfortable, in a good way. Our beloved hero, thrown into a menacing, dangerous location. By now, Luigi’s trodden through so many haunted houses, he makes Peter Venkman look like an amateur. In 2001 however, it was brave, eccentric and memorable.

Each game would add its own wrinkles to the formula, but it would never be quite as surreal as the first time we saw Luigi strap a Hoover on his back and lay waste to an army of ghouls.

It was Nintendo pushing boundaries in a time when most would have expected them to play it safe, and though it didn’t quite reach the heights of his famous brother’s exploits, it certainly found its own niche.

And of course, what better way to celebrate than by forcing the poor bastard through yet another ordeal on the Switch? Oh Luigi, how we love watching you suffer for the sake of our amusement…