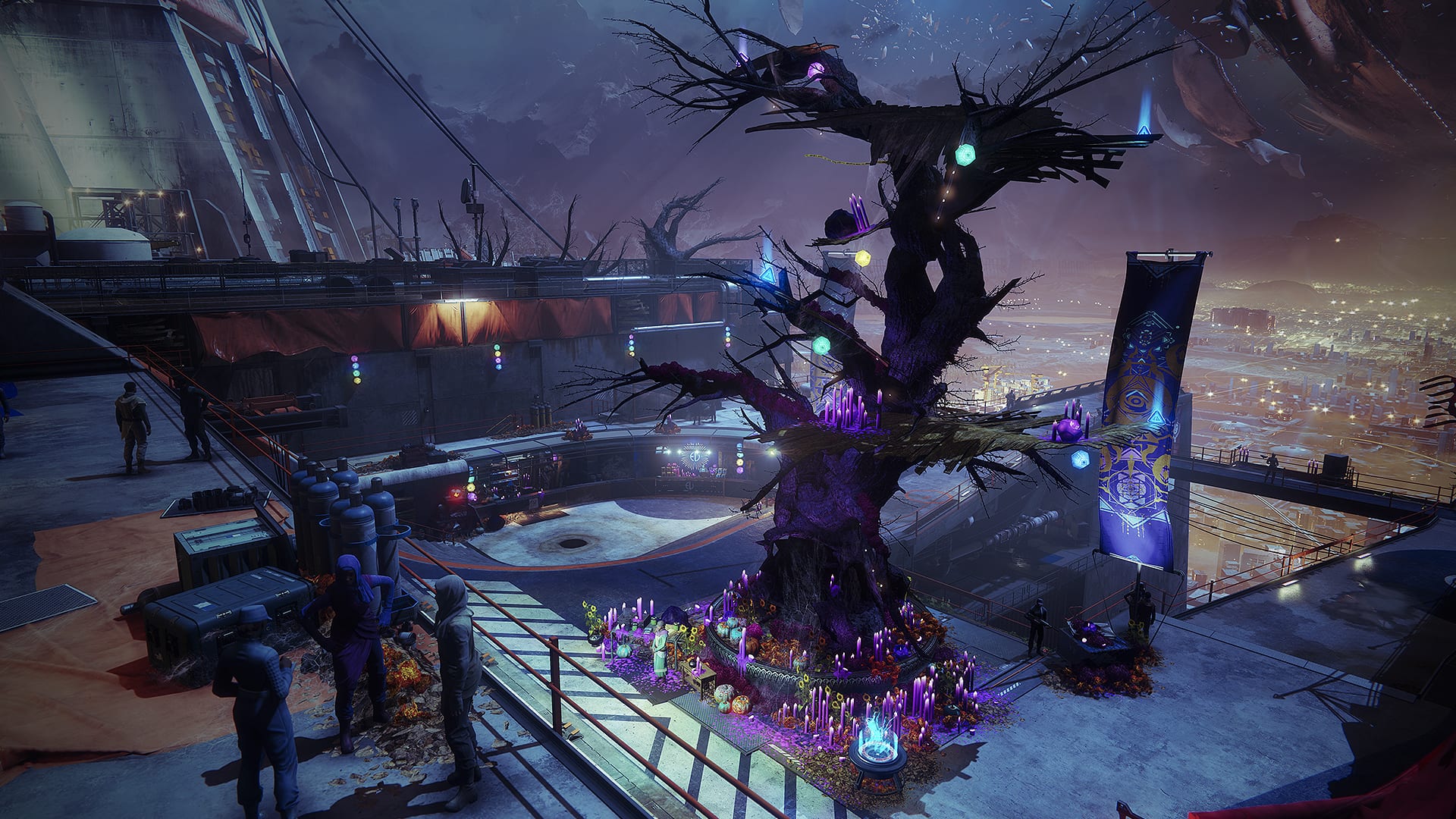 This might be the first time that Destiny 2 has successfully fully bridged me over to Festival of the Lost, from their September expansion. Normally, I’m onto the next hot fall video game until The Dawning rolls around.

In spite of Shadowkeep being flawed, the steady stream of new content has kept me logging in each day. I thought the Annual Pass era of Destiny 2 last year worked just fine, but this new dynamic season model is shaping up to be even better.

So this is the first time I’m fully embracing the Festival of the Lost in Destiny 2. It’s… fine. I think the problem is I’m a bit spoiled from The Dawning last year.

The Dawning 2018 was strange but oddly satisfying, and incredibly rewarding. You collected ingredients from killing enemies in whatever it is you felt like doing and turned them into cookies which you then gave away to friends/allies for rewards. Pretty metal honestly.

The biggest draw, for me, this year for Festival of the Lost 2019 is not any of the activities or the rewards; it’s just the aesthetic of the tower itself. It’s probably the most impressive decorating I’ve seen in five years of Destiny, and the Mad Monster Mansion-like music, and traditional spooky sound effects are a very nice touch.

The actual gameplay loop of the Festival of the Lost is collecting candy and chocolate strange coins from killing enemies and completing bounties, while wearing masks of your favorite characters. You then can eventually turn in that candy for grab bags of random loot, or rolls of the Braytech Werewolf legendary auto rifle.

You can glean some extra rewards by doing all of that while also running the Haunted Forest limited-time event. It’s virtually the same as last year. Go as far as you can while trying to clear all nine branches. It’s fun enough for casual players and pretty challenging to get to the end for more hardcore players.

Aside from a funny, but grindy quest from Eris Morn, that’s pretty much all there is to Festival of the Lost 2019. The grab bags aren’t as rewarding to me as the cookie gifts were in The Dawning.

There’s no exotic quest like Thunderlord this year (at least not as of the time of this writing), and Braytech Werewolf is an underwhelming replacement for it if that’s what the intention is there.

A lot of cool new gear is limited to Eververse, which sucks, and once you’ve done the quest lines there’s not a whole lot to do outside of just getting candy, repeating the Haunted Forest, and rolling for better Braytech Werewolfs. The Dawning was similar admittedly, but it at least it was super rewarding.

Oh well, The Dawning is only a few months away and there’s still the final assualt of the Vex Offensive and maybe even a Xenophage buff to look forward to.