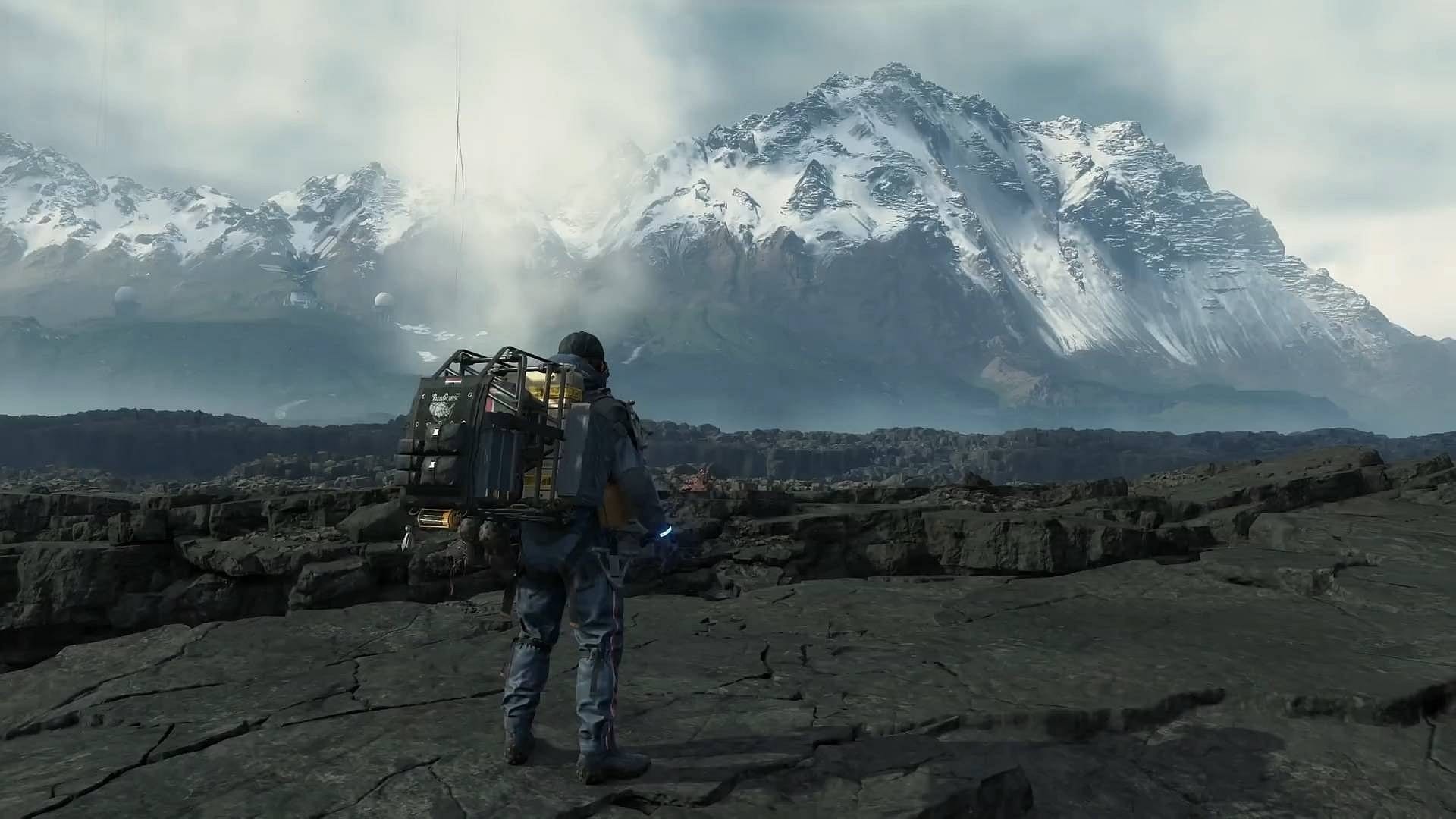 If you follow Hideo Kojima at all then you’ll know he’s a self-proclaimed cinephile. 70% of his body is comprised of movies, so he tells us. Certainly, his iconic Metal Gear universe was heavily inspired by B-grade action movies like Escape from New York.

His forward-thinking game design, which has earned him a reputation as something of a rockstar of the industry, has seen him forge plenty of celebrity friends along the way.

Now it seems as though he wants to invite them all along for his next new project, and while it was cool at first I can’t help but feel it’s starting to get out of control.

Seriously, Kojima is really going all-in with including just about every last one of his favorite actors, personalities, or besties in Death Stranding and it’s starting to kill my buzz.

On the face of it, I have absolutely no objection to a game including celebrities of some sort to make its characters more believable, get some additional insight, or just to craft a soundtrack that perfectly echoes the sentiment of the game itself. But Kojima’s actions are starting to feel overindulgent and I’m worried it’s acting as a bit of a smokescreen to actual gameplay.

Ever since our first glance at Death Stranding all the way back at E3 2016, the main focal point was the fact that Norman Reedus — the badass guy who plays Darryl in AMC’s The Walking Dead — was clutching some oily baby in the middle of nowhere.

What was the gameplay here? What were we going to be doing? Exactly what is Death Stranding? Who cares?! Reedus and Kojima were back together following the painful giveth and taketh away of the Silent Hill remake the two (alongside Guillermo Del Toro) had been working together on.

It only took six months for Kojima Productions to drop its next tidbit of big celebrity names in Death Stranding. This time, Del Toro and Mads Mikkelson were both confirmed in the TGA 2016 trailer.

Again, visually, the game looked epic. The trailer left fans with a ton of unanswered questions, but it was early days. Skip forward what seems like another 20 trailers later, and we’d eventually found out that Death Stranding had quite the star-studded cast.

Lea Seydoux, Margaret Qualley, Troy Baker, Lindsay Wagner and Matthew Mercer were all confirmed to be joining the cast in the years that followed. Heck, Kojima even managed to get his beloved CHVRCHES to do the soundtrack and subsequently release it as a full album. And of course, he managed to sneak his BFF Geoff Keighley in there, too. Oh, and Conan O’Brien… maybe… we think?

It’s towards the end of these reveals where everything starts to rub me the wrong way. Did Conan O’Brien really need to be thrown into Death Stranding? Did Geoff Keighley need to go into the game (I mean, I’m sure he’d have been heartbroken if he hadn’t been)?

The point is, at what point do these random celebrity cameos stop adding to the game, and contribute more towards tipping the balance between style and substance the wrong way? I haven’t even played the game yet myself. I’m just worried now that when I do, all of these celebrity cameos are going to break my immersion, rather than add to it as they should.

In Kojima’s defense, Death Stranding’s gameplay hasn’t been completely ignored. The release date reveal trailer back in May included snippets, and a nearly 50-minute gameplay reveal was shown during TGS this year, too.

I’ve been toying with the reasoning for the relative darkness we’ve been plunged into when it comes to the finer details of Death Stranding. On one, more positive hand, it could all just be one big ol’ marketing ploy, and considering Kojima’s involved, it probably is. The game will no doubt blow fans’ and critics’ expectations out of the water and deliver a cinematic masterpiece.

On the other, more pessimistic side of things, the lack of gameplay could be because it’s really not all that interesting. Showing too much of it could have the opposite effect to what Kojima Productions and Sony want, by putting fans off. Including big celebrity names and making all of these star-studded reveals, though, that’s a big hype generator.

Look, I don’t wanna be the party pooper while everyone else counts down the days to Death Stranding. I’m just very cautiously optimistic about it, and the Conan cameo reveal today tipped me over the edge somewhat.

I truly hope I’m proven wrong, but for now, I can’t help but shake the thought that Death Stranding is a passion project for Kojima that’s incredibly close to his heart, and that’s not always a recipe for success.