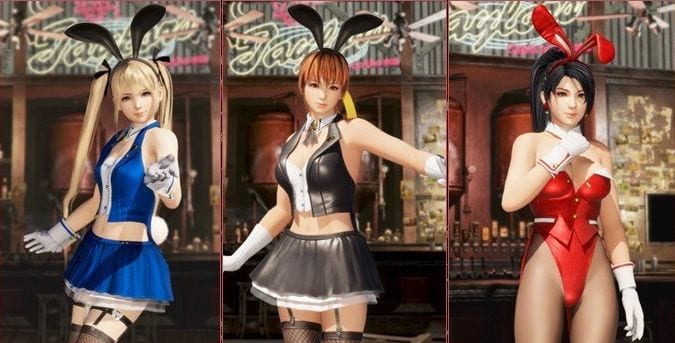 The second season pass for Dead or Alive 6 ended in September, and if you thought Koei Tecmo would stop there, you were predictably wrong.

The third season pass is coming at the end of this month and it’ll include the usual monstrous amount of costumes. On top of the outfits, we’ll get a new character.

To be more precise, we’ll get three drops of 16 costumes each, and a new character who will come with five dedicated debut costumes.

Those who will purchase the season pass itself will also get two bonus costumes.

Yet, that’s not all, as we’re also getting two “Revival” costume packages respectively with 16 and 28 costumes that won’t be included in the season pass.

The first will be released on October 15 and it’ll feature bunny girl outfits.

You can check out a sample below.

At the moment, the identity of the new character has not been revealed, so we’ll have to wait and see if it’s a returning fighter or a completely new one.

If you want to learn more about the game, you can read our review of the game, take a look at the second season pass and at the recently-released Momiji.