Atelier Ryza: Ever Darkness & the Secret Hideout has recently launched in Japan breaking sales records for the series.

Even before the release, the buzz about the game was very positive. Twinfinite talked to Producer Junzo Hosoi at Tokyo Game Show to learn more about what already appeared to be a winning horse, which materialized shortly afterward.

Hosoi-san talked about a variety of topics, starting with the new character design and even providing some hints about the future of the series.

Giuseppe: I couldn’t help noticing that Ryza looks quite different from your usual Atelier protagonist. What determined the choice to change direction compared to the usual petite protagonist? Mind you, this isn’t a criticism. I definitely appreciate the new design.

At that point, we — and maybe the users as well — felt that it was maybe becoming a little bit formulaic, doing the same thing over and over again.

That’s why we wanted to try something different. Especially since this is the new Atelier series, we thought this would be the best time to try a new design. 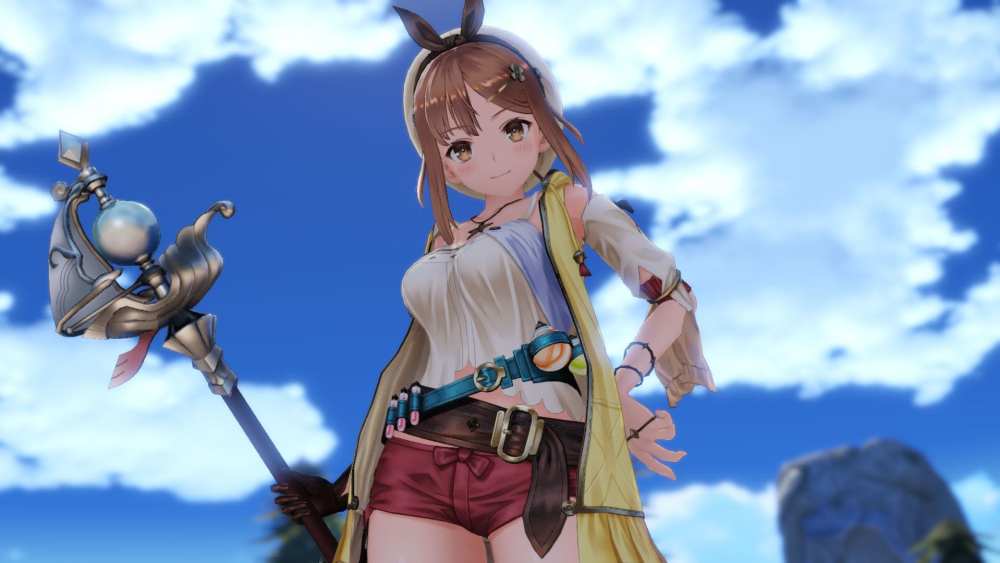 Giuseppe: So this is the start of a new series. It’s not a one-shot game, correct?

Junzo Hosoi: Yes. We do plan on making this a new series. That being said, whether the next game will be a continuation, whether there will be another new protagonist or we’ll stick to the same protagonist… We’re still exploring those options.

Giuseppe: Speaking a little more about Ryza’s design. My impression is that in the west fans of the series love the new character design, a lot. I’m wondering, from your point of view, what has been the reaction in Japan to Ryza’s looks?

Junzo Hosoi: In Japan, there’s certainly a lot of focus on her thighs. They even trended on social media a bit (Laughs). If you go to our booth we have a life-sized figure of Ryza. A lot of people seem to be taking pictures of her thighs (Laughs).

[Editor’s note: You can see the statue in question at the bottom of the post.]

Giuseppe: Funnily, I believe this is the first time an Atelier protagonist has three figures by different manufacturers announced even before the game is released, correct? 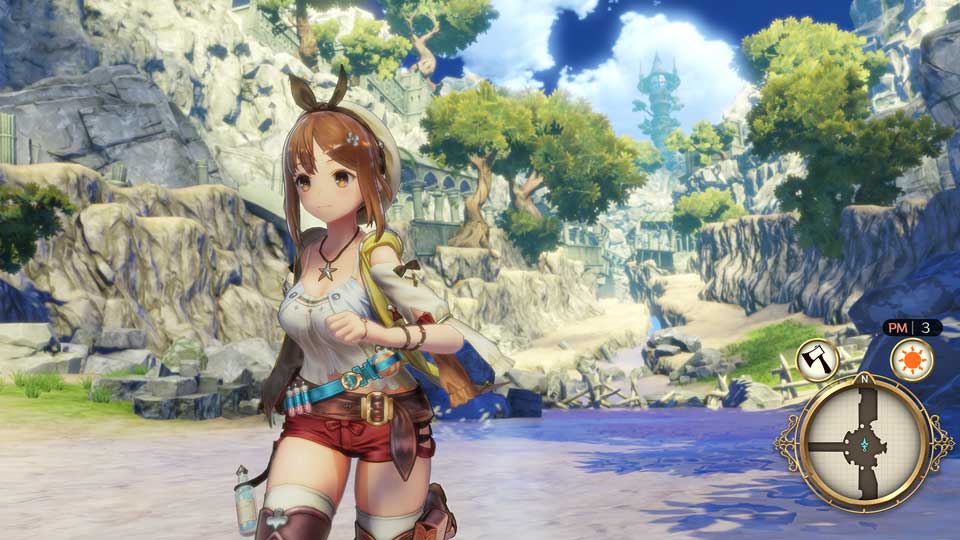 Giuseppe: While the character design is getting a lot of attention, it seems that your team attempted to change many elements in the game to make something that felt really new. One element that feels really fresh is the ability to create your own custom gathering fields. What kind of variety can you achieve with that? Bloodborne had a similar feature and it improved its longevity a lot. Do you see this kind of feature increasing the longevity of Atelier Ryza considerably?

Junzo Hosoi: Definitely, we’d like many people to really play this long-term. Being an RPG game, there normally isn’t a lot of interaction among the community.

We thought that by having users creating their own custom gathering fields and publishing the passwords for other people through twitter, would lead to having a lot of people interacting on social media and that’s something we want to encourage.

Giuseppe: Do you see this kind of community-focused features as something you’d like to expand further in future Atelier games?

Junzo Hosoi: Yes. Until now the Atelier series hasn’t had much in terms of this kind of feature.

We definitely want to continue to have these kind of community-focused interactions, and we hope to be able to have more of this kind of features in the future. 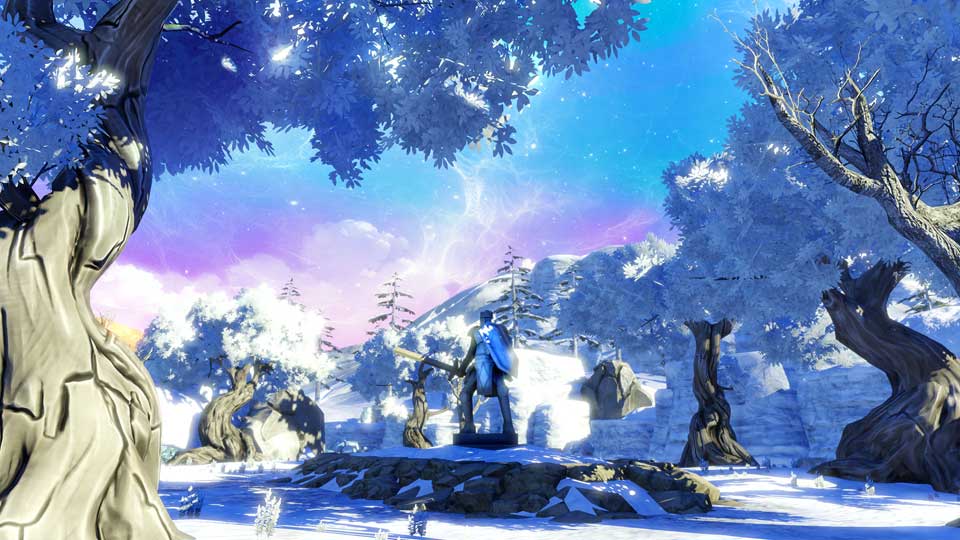 Giuseppe: This may sound like a bit of a crazy question, but since we’re talking about communities, have you ever thought about creating an Atelier MMORPG?

Junzo Hosoi: Personally, yes. As someone who really enjoyed games like Final Fantasy XI, I think that kind of gameplay would suit an Atelier game.

Also, with a lot of MMORPG games popping up on smartphone, that’s an avenue we might consider in the future.

Giuseppe: Considering the popularity of the characters, and many games have been doing it in recent years, have you ever considered a photo mode?

Junzo Hosoi: I think that users can maybe look forward to something like that, maybe.

[Editor’s note: the interview was recorded before the photo mode was officially announced as coming with an update]

Giuseppe: The engine looks a lot more advanced than what we saw in the past.

Junzo Hosoi: This isn’t a new engine. We just really improved the way that things are displayed and rendered. 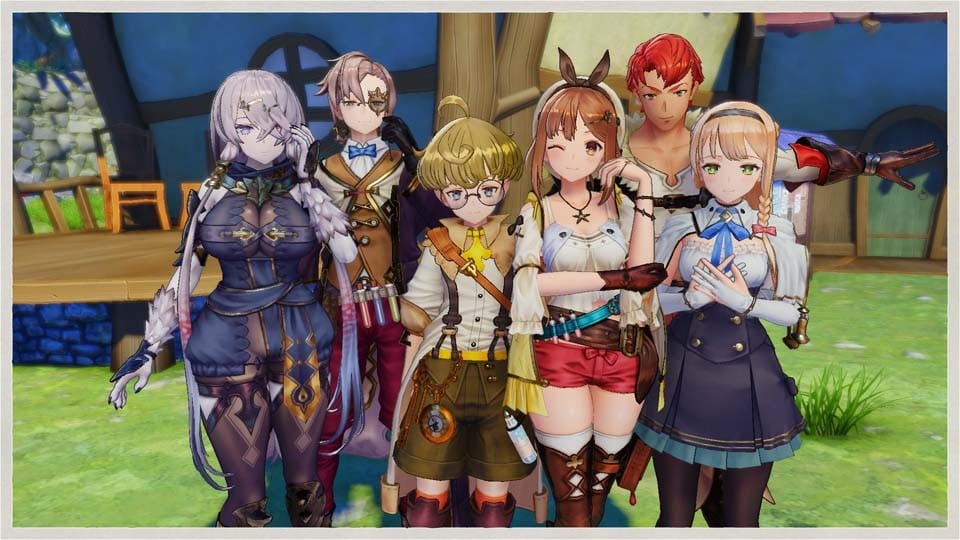 Giuseppe: The lighting seems to be the biggest improvement.

Junzo Hosoi: Definitely, the lighting and shadows are something we spent a lot of shadows adjusting.

Giuseppe: Did you have to make any compromise in order to run that kind of lighting and shading on the Switch?

Junzo Hosoi: You can more or less experience the same between the Switch and the PS4.

Giuseppe: What do you think is the biggest innovation between this and the previous Atelier series?

Junzo Hosoi: Definitely the graphics, but in addition to that also the battle system. It’s still turn-based but it’s more of a real-time/turn-based hybrid system. I think people will be able to feel a big change in that area.

Giuseppe: Another aspect I find very endearing is that characters that play the role of mentors for Ryza and her friends travel with them.

Junzo Hosoi: Ryza and her friends are the same age, but the reason why we included ample Lila is that if everyone was the same age the storytelling wouldn’t proceed that well. For that reason, we wanted to add someone who would teach alchemy. This plays a role in terms of really getting to the core of the story. 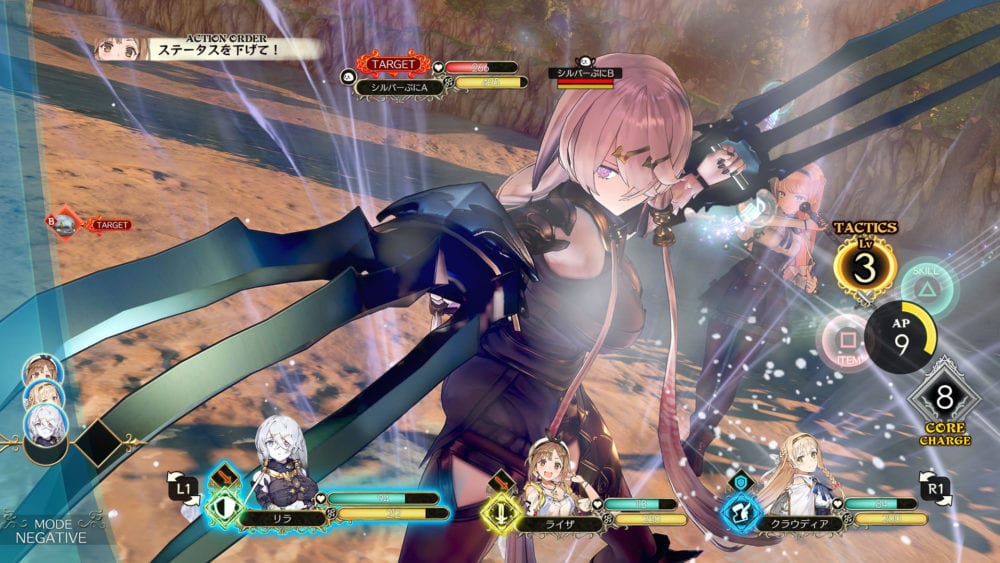 Giuseppe: Assuming that this is going to be a trilogy, at least one of them may be on the next generation of consoles. As a developer, are you excited about the next generation? Do you think the series could make another jump in terms of visuals?

Junzo Hosoi: I think that resolution will become much higher and we’ll be able to see finer detains. The visuals might become even closer to the illustrations that Toridamono [Atelier Ryza’s chacter designer] has created. We should be able to really show that on screen.

Giuseppe: Since you mentioned that you’re planning a series, are you planning to have Toridamono-sensei work on all the games of the series? I really love his art. 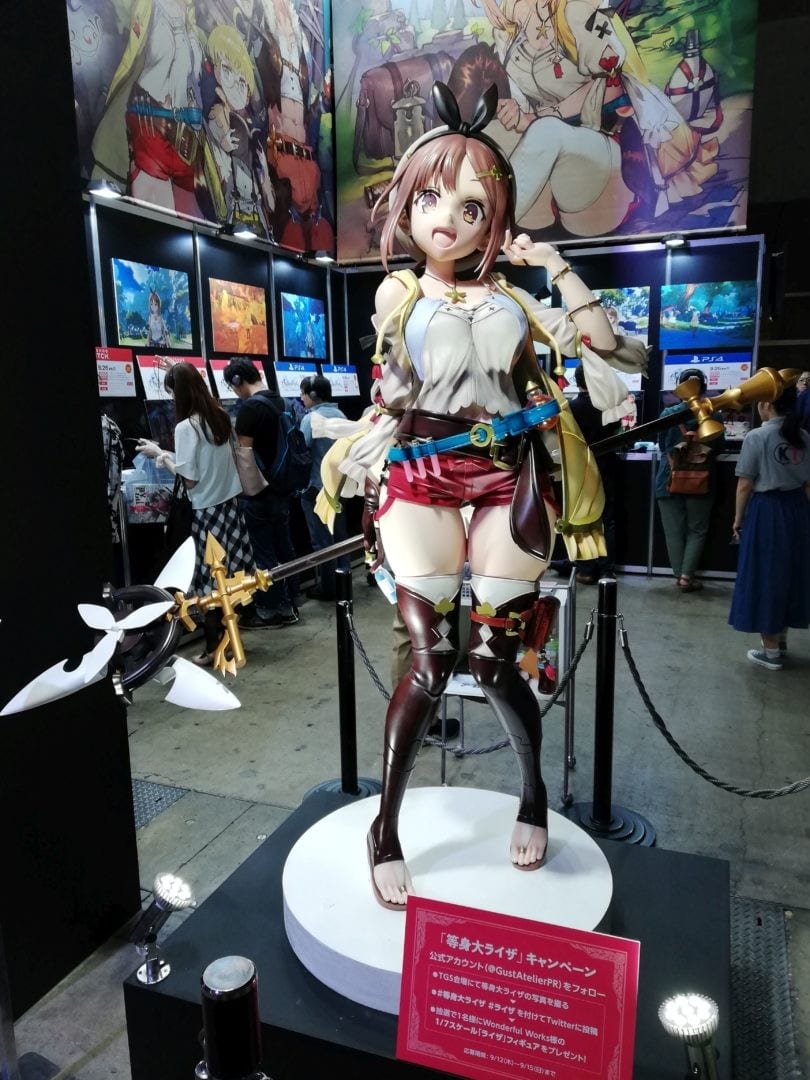 If you want to see more of Atelier Ryza, you can also check out the latest screenshots and story trailer.

Atelier Ryza: Ever Darkness & the Secret Hideout released in Japan for PS4 and Switch on September 26. It’ll launch in North America on October 29 and in Europe on November 1 for PS4, Nintendo Switch, and PC via Steam.