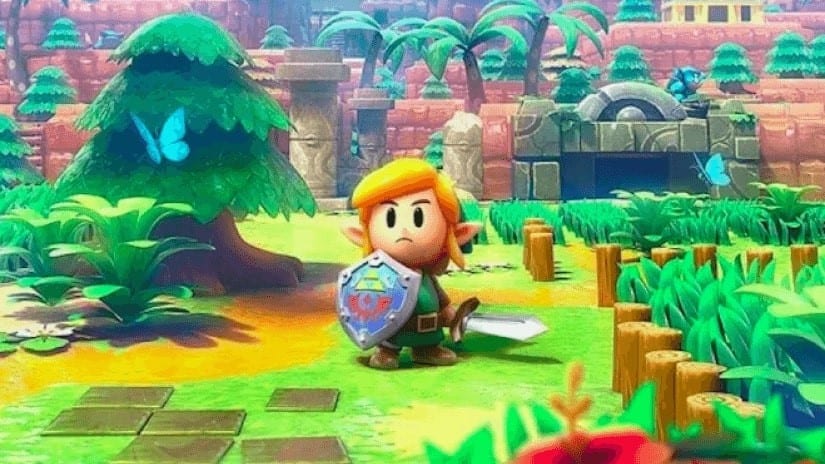 The Legend of Zelda series makes its return to the Nintendo Switch yet again with the release of Link’s Awakening. This faithful remake brings the quirky adventure to the hybrid console, with a few new additions added on top for good measure. As such, some fans may be wondering if Link’s Awakening Switch is open world. Here’s what you need to know.

The world map isn’t huge, and rather than being able to view the open world in all of its 3D glory, Link’s Awakening is in 2D.

As such, it can make the world feel more limited in its scope, but take some comfort in the fact that you can backtrack, and you can even revisit old dungeons if you want to.

Taking a look at the Link’s Awakening Overview Trailer we’ve included below will give you an idea of what to expect, with the open world being fairly basic in comparison to the likes of a Skyrim or Witcher-style open world.

Instead, the game is laid out more screen-by-screen or room-by-room. You’ll see what we mean in the trailer.

What’s New in the Switch Release?

For the most part, Link’s Awakening Switch actually stays fairly faithful to the original release.

The dungeons, trading sequences, and enemies are all exactly how you remember them, but there’s just some nifty add-ons thrown in for good measure.

The Switch port of the game also adds in what is essentially a dungeon creator mode in the form of Chamber Dungeons.

By completing mini-games, and progressing through the game, players will unlock dungeon rooms which can be linked together for players to create their own Zelda dungeon.

Additionally, players will be able to scan in any Legend of Zelda amiibo to unlock more dungeon rooms. It wouldn’t be a new Nintendo game if it didn’t have amiibo functionality in, after all!

That’s everything you need to know on whether or not Zelda Link’s Awakening is open world or not. For more tips, tricks, and guides, be sure to check out our ever-expanding guide wiki or search for Twinfinite. We’ve also listed some other helpful guides on the game down below.