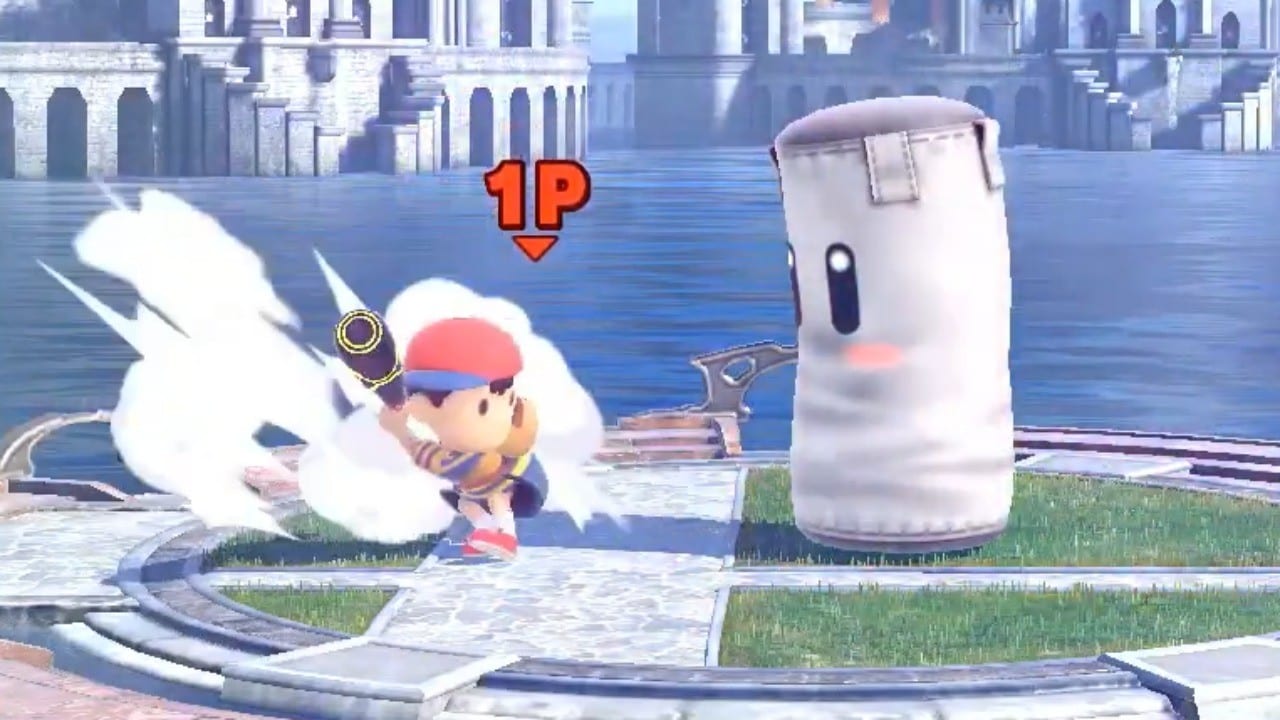 For years competitors all around the globe have come together for various Olympic sports such as wrestling, fencing, curling, etc. They are staples of peak performance.

The Super Smash Bros. homerun contest is not unlike these heated competitions. It’s an institution of Smash, but we’ve been doing it for so long we never stopped to think if we should.

For those unfamiliar with the concept let’s break it down. Any character in the Smash universe can be given one on one time with a sandbag to try and knock it as far as possible.

This in itself is not problematic, if it was in fact just a sandbag. However, this sandbag is given eyes. They say eyes are the windows into the soul. Well, what do these eyes tell us about our good ole friend Sandbag?

Those eyes hide deep, deep, pain. It wouldn’t be able to tell you that because it was given eyes and the ability to blush but conveniently no mouth to tell us of its pain.

Think about Olympic competitions like the Javelin toss. It’s the same basic concept, but the Javelin is not personified in any specific way. Thus, we should not feel bad for throwing the javelin and jamming it into the ground.

Sandbag is constantly tormented by characters like a small electric mouse, a tiny boy in a baseball cap, or a green lizard that poops eggs.

Instead, it is forced into a life of being beaten, battered, and bruised by a myriad of different classic Nintendo characters. Today, I want you to think about the atrocities you’ve committed and apologize to sandbag.

Without sandbag, there would be no homerun contest, and yet it gets almost no credit. So let’s take this moment to give sandbag a proper pat on the back. Thank you sandbag and we are deeply sorry for our sins.

Below I have included a how-to section for ways in which we can be better to sandbag.