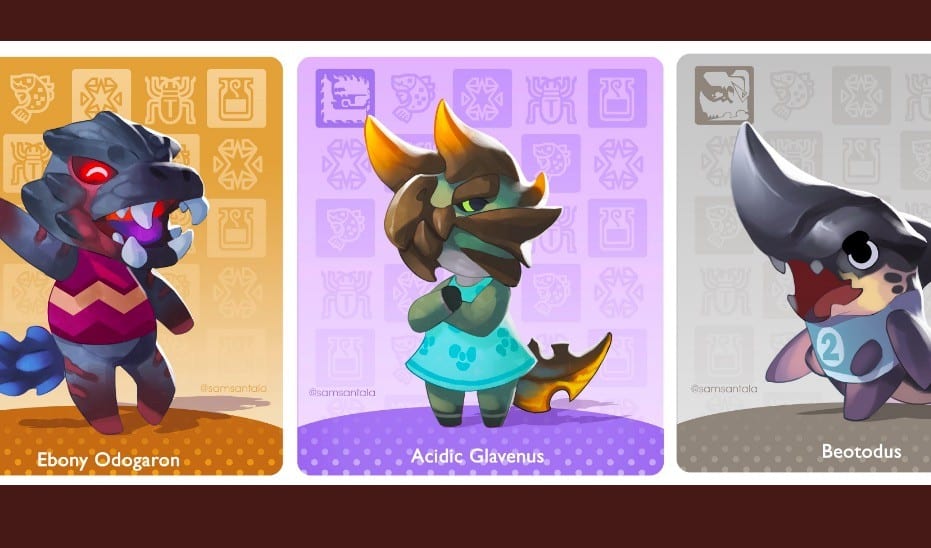 After playing through the majority of the Monster Hunter: World Iceborne expansion, It’s safe to say that I would not want any of those monsters to be my neighbor in any sense of the word. But, someone has created adorable chibi Animal Crossing versions of all of the new Iceborne monsters and my mind might be swayed.

The Reddit and Twitter user named Sam Santala has gone and mashed up two franchises that you would probably never think about being together: Animal Crossing and Monster Hunter.

Sam went to Twitter to post his designs of 13 different villagers that are based on some of the toughest monsters in Iceborne such as Velkhana, Rajang, and Beotodus.

You can see all of the images down below:

Aren’t they all so cute? You can even tell that each of them have different personalities.

Coral Pukei-Pukei looks like he would love participating in a bug-catching competition while Brachydios looks like the jock that drinks a little bit too much at parties but can still somehow get straight A’s in all of his classes.

If you want to check out more of Sam’s work, you can check out his official website right here and show him some support!

This really makes the wait for Animal Crossing: New Horizons a bit harder.

Monster Hunter Has Never Been This Cute: Crossover in D4DJ Groovy Mix Revealed