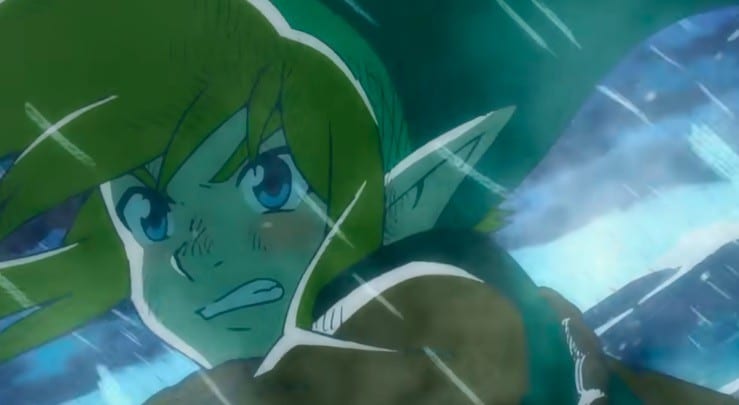 When I tell you that the original Link’s Awakening is one of my most replayed Zelda games ever, I am not lying. I’ve spent years of my childhood, Game Boy Color in tow, obsessing over the strange intricacies of the island of Koholint and spent so long trying to figure out why there are Goomba’s and pet Chain Chomps in a Zelda game.

And more than 20 years later, I’m still fascinated with weirdness of Link’s Awakening. I’m happy to say that this adorable and so-cute-I-could-die remake brings justice to the classic title as it rarely strays from the source material, letting newbies experience everything that I did as a child, but this time, in HD.

You still get to use a pet Chain Chomp in a quest to attack enemies for you, you still get to jump around in dungeons, fighting Goombas and Piranha Plants.

There’s even a trading quest that involves giving a monkey some bananas that you obtained by giving an alligator a can of dog food –it honestly just sounds like I’m insane whenever I talk about this game.

Anyways, as I mentioned before, Nintendo has not strayed far from the source material. Instead, there’s a focus on the graphical elements of the game, giving everything shine, charm, and polish, which looks great on the Switch, even in handheld mode.

The game still feels fantastic to play and has just the right amount of challenge. I’ve only gotten past the third dungeon so far, and I have yet to get truly stumped at a puzzle or by a tricky boss fight.

There are moments where I had to really think about what to do next, but the game is pretty helpful when it comes to figuring out the next step and telling you where you have to go.

There’s even a handy new map tool that allows you to mark the map with certain symbols, letting you go back to unobtainable treasure chests and pieces of heart once you have the necessary item.

One of the big complaints that I do have so far is that the game can sometimes stutter, leaving the frames to drop when a lot of things are happening onscreen at once. Even cutting too much grass in specific areas will cause slowdown and that’s unfortunate for a game as beautiful as this.

I eventually got used to it after a few hours, but I found it strange for a game like this to not run smoothly at all times.

There’s also the inclusion of a dungeon builder mode that lets you create your own Zelda dungeons, but it’s more like a dungeon organizer as it allows you to move different dungeon rooms around to craft your own and then share it with friends by using amiibo.

It’s a cool concept, but I just wish there was more to it and it feels like an unnecessary add-on that could’ve been much deeper with online components and such. Don’t think I’ll be spending any more time with that feature at all, to be honest.

Regardless, I’m having such a blast with Link’s Awakening so far, and it seems that the game is truly faithful to the original and it’s just utterly charming. I just wish there was a bit more new things to be found for those like me that spent so much time with the original.

For more on Link’s Awakening, you can look forward to our scored review very soon.