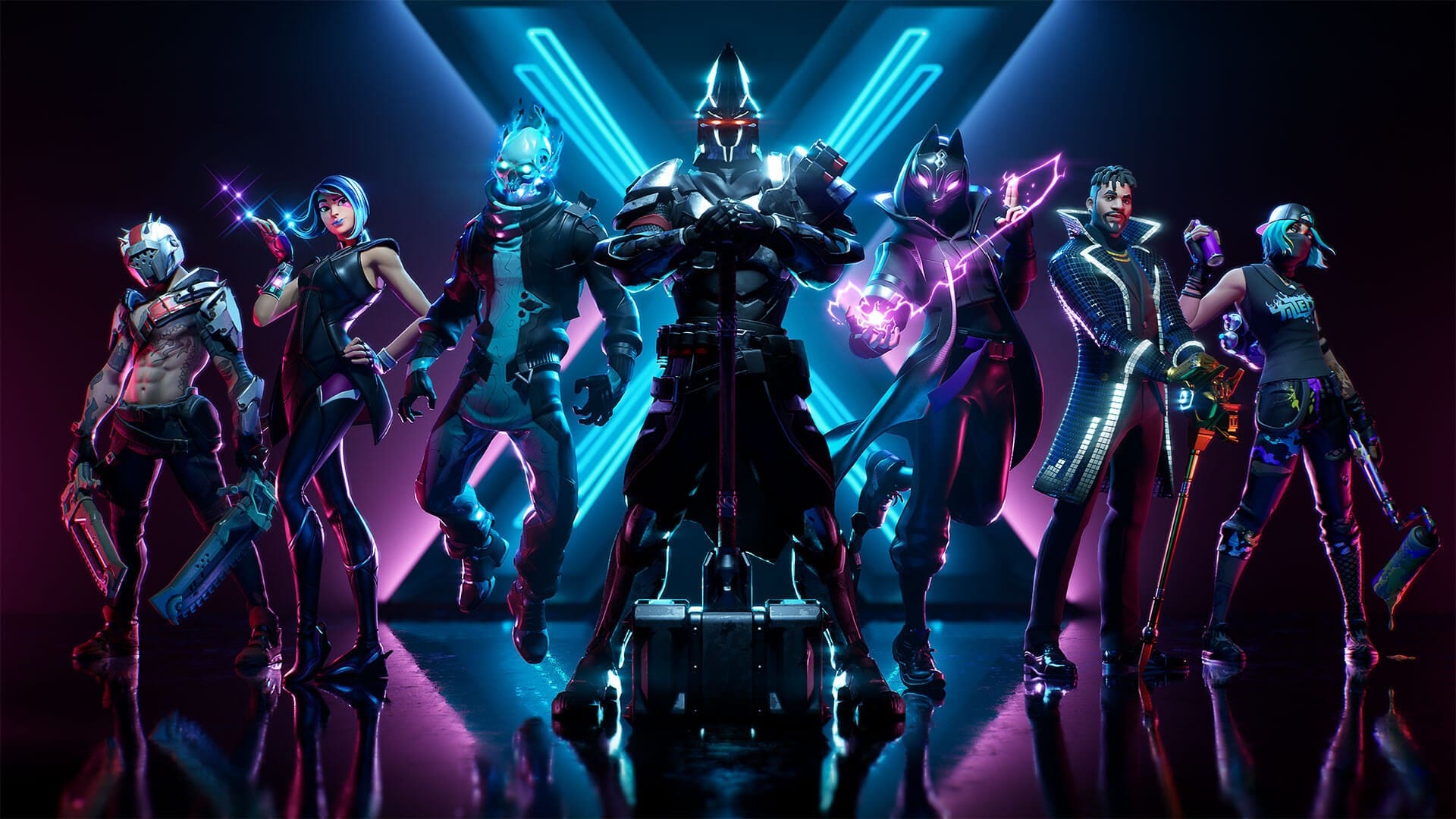 Play Three Matches With a Friend

Assist a Teammate in Five Eliminations

To assist a teammate in five eliminations, you’ll need to make sure you’re landing at least one shot on them before your teammate eliminates them. It doesn’t matter how much damage you ultimately deal to the enemy, as long as you contribute to dropping their health right down to 0.

Petting a teammate’s pet will first require them to have a pet, which can be unlocked fairly easily from either this Season’s Battle Pass, or you may already have one from a previous Season.

Simply walk up behind your friend and press and hold X on Xbox One, Square on PS4, Y on Switch, and E on PC either on Fortnite’s island itself, or the little warm-up lobby island and you’ll give the pet a good ol’ pat on the head.

There are two things you need to know to complete this challenge, how to mark items, and what the different rarity type colors are.

To mark an item in Fortnite, simply less left on the d-pad when looking at the item and it’ll be pinged and marked for your teammates to see.

Now all you need to do is do this on a green, blue, and purple item respectively, and you’ll complete the challenge.

Heal a Teammate With a Chug Splash in Three Different Matches

Chug Splashes are a fairly new item introduced in Fortnite, and heal up 20 health/shield to anyone in a small radius.

Have your teammates gather around you whenever they’ve taken damage and you’ve got one of these and throw it at their feet. Do this in three different matches and you’ll be all set.

Deal a Combined 1,000 Damage With Your Squad or Duo

Don’t get panicking too much just yet. Yes, you might have to deal 1,000 damage with your Squad or Duo, but this can be done over as many matches as you want. Chances are, you’ll complete this challenge naturally in an evening by just playing with friends.

Reviving a teammate is simply a case of walking on over to them and pressing X on Xbox One, Square on PS4, Y on Switch, and E on PC when they’re downed and holding the button until the wheel fills and they’re back on their feet.

Do this in three different matches and move on. You can always jump off Fortnite’s large mountains in quiet areas of the map to quickly get this one out the way.

Finish Top 20 With a Friend

Unless you consider yourself a real force to be reckoned with when it comes to combat in Fortnite, your best bet for this is to keep out of named locations, find buildings out in the open in low-traffic areas, and just wait and watch the player count drop in the game.

Keep out of the storm, and don’t engage other players unless they engage you first. As soon as you hit the top 20, you can then do whatever you want.

Assist Teammates with Five Eliminates in a Single Match

The same principle applies here for assisting teammates with eliminations, but this time you’ll need to rack up five between you in a match. In a Squad or Duo game this could be tricky, but the staple Team Rumble mode which has respawns enabled is your best way to get this one done.

Use a Launchpad in Squads or Duos

Launchpads can be found in Vending Machines, Supply Drops, Llamas, Chests, and as Floor Loot. They’re of Epic (purple) rarity, but they’re not too difficult to get.

Once you’ve got one, just place it down anywhere and jump on it to get this challenge out the way.

Heal a Teammate With a Cozy Campfire in Three Different Matches

Cozy Campfires are of Rare (blue) rarity and can be found as Floor Loot, Supply Drops, Llamas among others.

Once you’ve got one, wait until your teammate has taken some damage to their health bar (not shield) and place this down. As soon as they get any kind of health from the Cozy Campfire you’ll be all set.

Mark a Chest, a Shield Item, and Healing Item in a Single Match

Just as you pinged the items of different rarities in the normal Team Spirit Mission, you’ll need to do the same thing again but for three different items now.

The first, the Chest, is fairly obvious. As soon as you spot one of these loot-filled chests, ping it for your friends.

Healing items are your Medkits, Bandages, Chug Splashes, and Chug Jugs. Whether or not Chug Jugs and Splashes will count for both we’re not entirely sure. We’ll try and confirm this for you as soon as we can.

Deal Combined 1,000 Damage With Your Squad or Duo in a Single Match

Now this is a bit of a tricky one. First off, we advice heading into Squads, so you’ve got more people dealing out damage, and you’re more likely to run into larger groups of enemies to eliminate. That means you can rack up that 1,000 damage quicker, than spending half the game seeking out groups of two players.

1,000 damage is the equivalent of eliminating five opponents with full health and shield. If you can take out an entire team in Squads, you’ll basically be in touching distance of completing this.

Rebooting a teammate just requires you to pick up your teammate’s Reboot Card when it’s dropped and taking it to a Reboot Van. These can be found at every named location on the map, and have a hologram with the Reboot icon above it, so they should be easy enough to spot.

There you have everything you need to know on how to complete Fortnite’s Season 10 Week 7 challenges. For more tips, tricks, and guides, be sure to check out our ever-expanding Season 10 wiki.