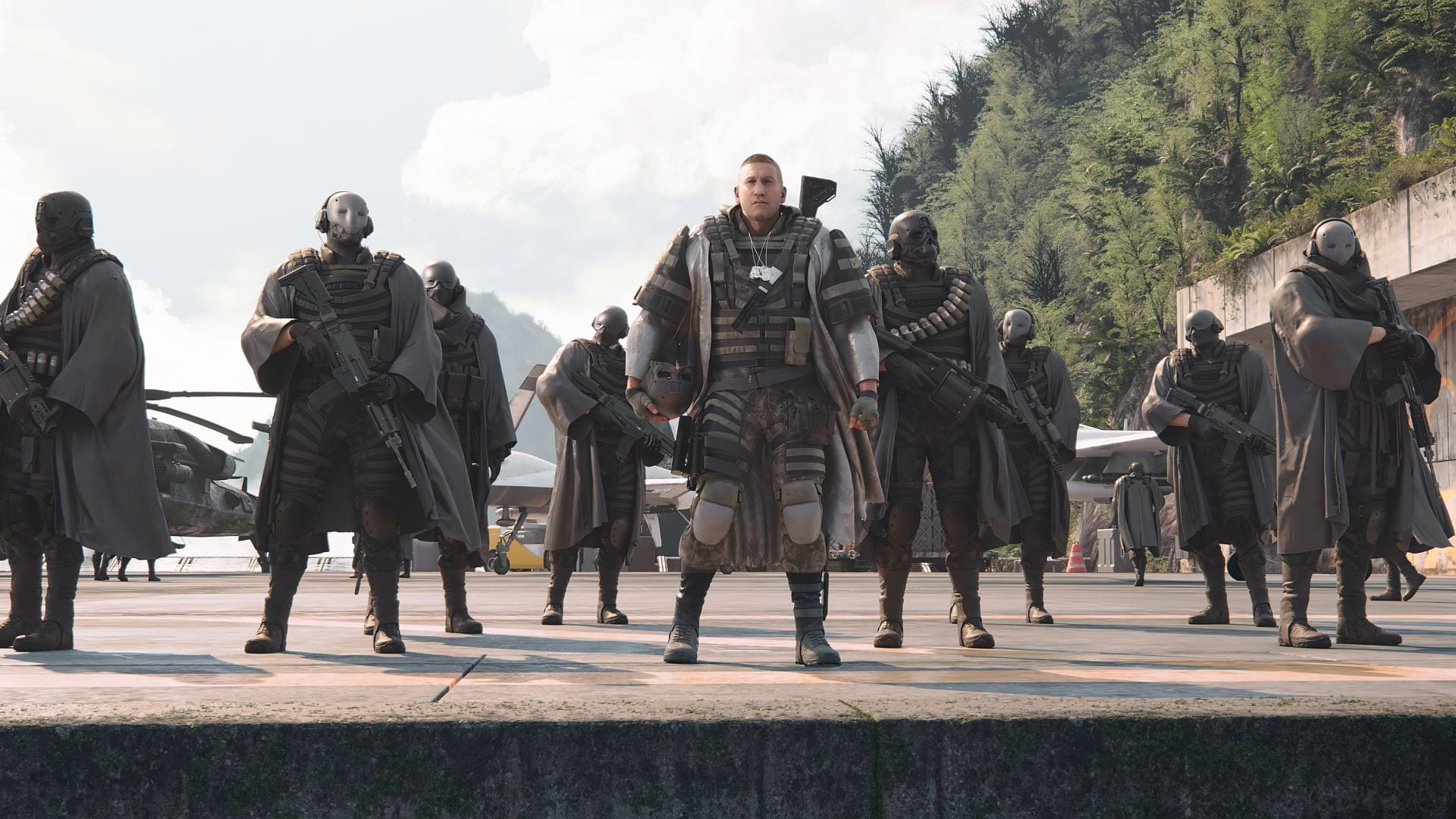 At a recent preview event, we sat down with executive producer Nouredine Abboud to talk about the game.

Jesse: Walker was introduced at the end of Ghost Recon Wildlands DLC cycle. Was it always the plan for him to be the main antagonist of Breakpoint?

Jesse: How do you feel about Walker’s introduction into the Ghost Recon storyline?

Abboud: The big thing is Breakpoint, as the name says, is about pushing players to their breaking point and it has an impact in terms of the gameplay but also in terms of the story.

When we were thinking about Breakpoint we said OK we’re going to add into the co-op and open-world, the military survivor, being behind enemy lines, but how can we make sure this is understood by the players?

How can we have something exciting in the long run?

We had this idea of having a bad character who players can relate to. This gave us two things, having a big bad guy that you’re going against, it’s a clear motivation.

I’ve been working on Ghost Recon for 15 years, and we always test something in each of our games. This time seeing how you can go from one side to the other is interesting to us.

Jesse: So, Jon Bernthal, how did that happen?

Abboud: This was a very quick discussion we had. First, we had to do the briefing itself. We needed two things: One, somebody who can be at ease playing a good guy and a bad guy. We also wanted someone with a military background.

So we made a list of options, number one being Jon. He had happened to agree, but we really believe that even when he is playing a bad guy, he has empathy.

Also, because of what he did in the past, he was at ease playing a military character.

Jesse: So another big focus for Breakpoint was merging PvP and PvE progression, was that because of community feedback?

Abboud: So what the community feedback gave us is that they loved the PvP in Wildlands and wanted it at launch for Breakpoint.

We decided not to have it at launch for Wildlands so we could have something at a very high level for the community.

Then in this game, we have the solo, the co-op, and the PvP. As developers first we always try to push the envelope and we were like sometimes when you’re a gamer, and you have some time to play what if you’re friends are not around.

You don’t feel like playing PvP and don’t want to make a new character. So we wanted to create a situation where it is smooth. By having a smooth approach no matter what you do, you’re developing the same character.

No matter what you do you’re going to be keeping the same character, developing it, and then the rest of your friends are available you’re not limited by what we created as developers.

Jesse: With that notion in mind, is it hard to balance the game so that it is friendly to solo players as well as co-op players?

Abboud: So, yes. I’ve been doing games for many many years. Our industry has changed in terms of scope, in terms of high-level quality games, expectations, etc.

But with this one, it was a big task. How can we tune this? We’re used to a daunting task like this. As executive producer, I often see people who pitch ideas to me.

I still remember a question I got for Wildlands where we had to balance to co-op so that it works no matter who played what mission so you could still play with your friends.

So it was as exciting and daunting of a challenge as this one. We have clear solutions for Breakpoint, in PvP some upgrades don’t have an effect and are just cosmetic.

We are not afraid of adding or removing stuff depending on the mode to make it more fun.

Jesse: Would you say that tuning was the most difficult part of development on Breakpoint?

Abboud: Let’s be clear, the biggest challenge for us in the size of this game. We do big games, we work with big teams, we have eight studios working on the same game.

We have studios all over the world at the same time, being creative and also collaborative. The game here we can build on the success of Wildlands. We kept most of the same team from Wildlands.

Ghost Recon is a brand that creates a lot of passion for gamers and developers. However, it’s always going to be a challenging task when you have people all over the world collaborating.

Jesse: Why the switch to the fictional island of Aurora as opposed to the real-life setting of Bolivia?

Nouredine Abboud: When it comes to choosing our setting, we always want to make sure we have a fresh game. I don’t know what we will do in the future, but in this game, we want to leverage our open world to the max.

In order to do it to the max, the fictional setting allows us to craft the open world to what we need, however, it also works because of the story we are telling.

We have this billionaire, Jace Skell who has this island where he has moved people there and having this island that is not on our map but makes sense for this story we are telling.

Jesse: You’ve been with Ghost Recon for a long time, what’s your favorite thing about the franchise?

Nouredine Abboud: For me, Ghost Recon has always been about putting you in the boots of a Spec Ops behind enemy lines.

What I am incredibly lucky for is how the technology is constantly giving us new tools. If I look between Future Soldier and Wildlands, we were able to create this massive open world.

In Future Soldier, we were limited to smaller levels. Between Breakpoint and Wildlands being able to increase the quality of our character, our acting, the polish level.

Being able to leverage the technology and the team has been fun. Looking at the distance we’ve covered, honestly, I never would have dreamed 15 years ago of the level of quality we have achieved.

If you want to learn more about Ghost Recon: Breakpoint you can read our preview right here.