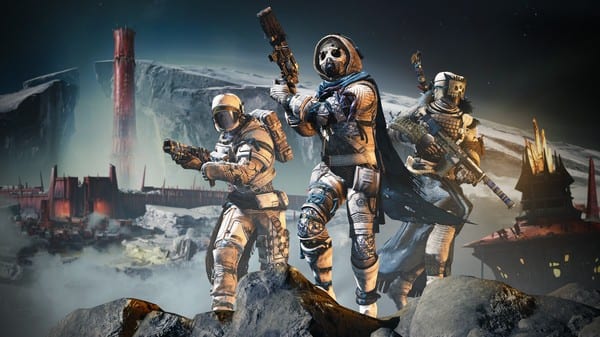 Destiny 2 Shadowkeep is only a couple of weeks away, and Bungie has released a new video detailing their future plans for the game.

The dev diary focuses on the story of Shadowkeep and what we can expect in the upcoming year, touching on a host of topics like the Destiny 2 Shadowkeep raid, the new dungeon, and the Nightmare Hunt.

In the video, which you can watch down below, community head Eric Osborne reassures fans that Bungie will put players as a priority throughout the build up to Shadowkeep:

“Year 3 is really the beginning of us really looking at Destiny from its heart out. We want to build Destiny for its core fans. We want to make sure we’re building it for the people who love it.”

With Shadowkeep, Bungie starts an entirely new Destiny story, the studio explains in the video. The story will focus on the return of Eris Morn and something she discovers on the moon.

The Season of the Undying runs alongside Shadowkeep, and Bungie hopes to resolve a small portion of the story later this year – with a few twists, of course. It’s this resolution that will bring players into Season 9.

Production director Justin Truman points out what the team are hoping to bring to Destiny 2:

At this time, there’s not much information floating around about seasons 9 through 11, aside from the fact that each season will develop the story of Shadowkeep in a new way.

However, Bungie promises that Season 11 will conclude the year-long story. This is pretty unusual for the studio, as conclusions are not something they’ve typically done in the past.

According to the host of developers interviewed in the video, the cycle will begin again in Season 12 and the next Destiny expansion. Expect each year of Destiny 2 to resemble the previous year, with a brand new expansion in the Fall, followed by four seasons of content.

We also learned more about Shadowkeep’s new three-player dungeon. According to the content roadmap, this dungeon arrives on October 29 with a new PvP mode and a new Exotic quest.

With Bungie now independent from Activision and in total control of Destiny, it’s still possible that these plans could change depending on feedback from fans.

Bungie releases Destiny 2: Shadowkeep on Oct. 1 on PC, PlayStation 4, and Xbox One. The studio is set to release the Google Stadia version later this year.