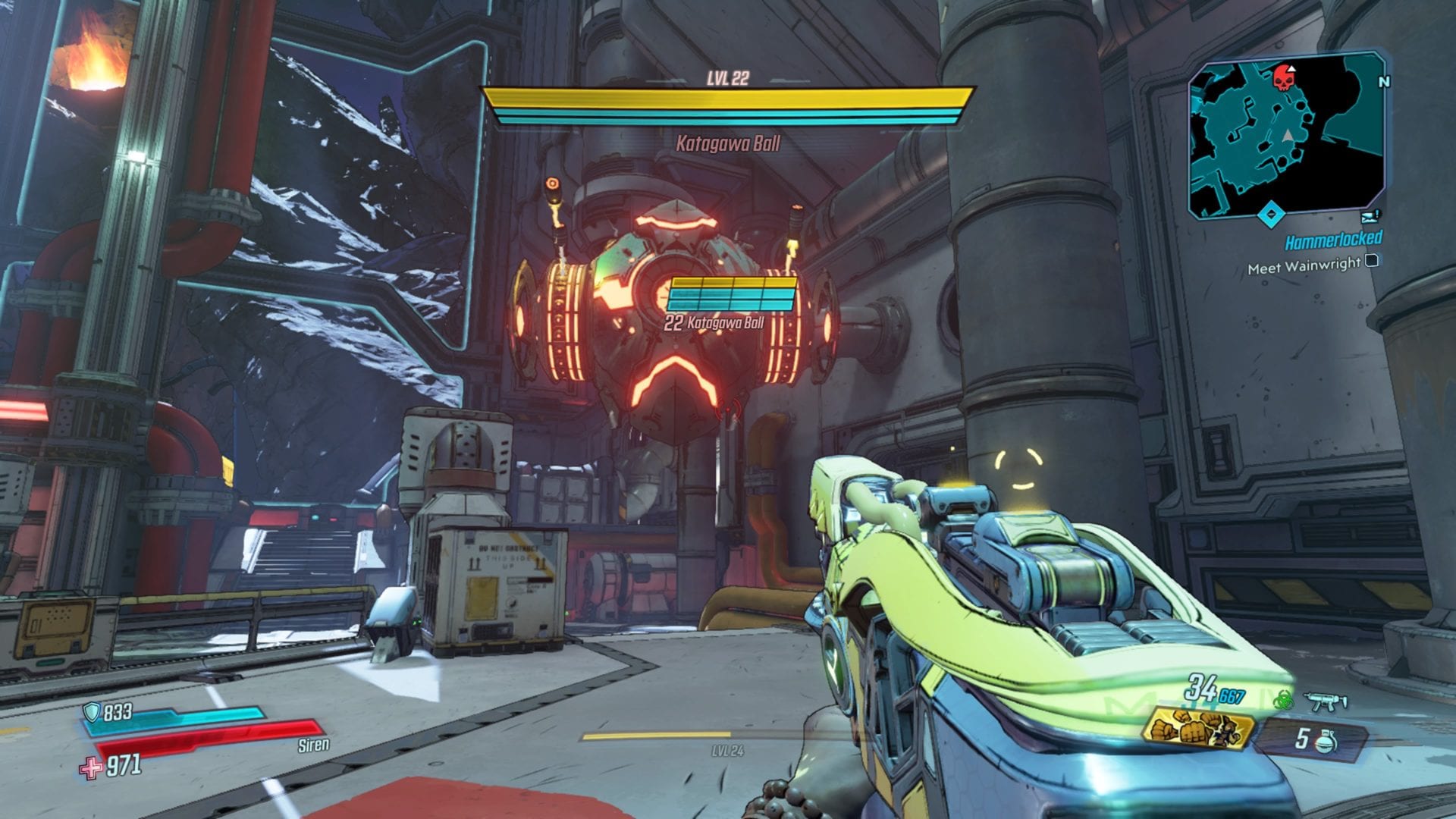 Borderlands 3 has plenty of great boss battles, but some can be a challenge to overcome if you don’t have some strategies going in. That’s why we’re here to walk you through how to beat the Katagawa Ball.

How to Beat Katagawa Ball in Borderlands 3

Though it shouldn’t vastly over-power you if you’ve at least reached level 20, it still has an array of attacks that can quickly drain your shield and health bar if you aren’t careful.

Likewise, his health bars don’t actually have any health to deplete. Instead, he has an armor bar and two shield bars, making him hard to deal damage to if you don’t have the right equipment.

To that end, you’ll want to grab three specific types of equipment for the fight: A shield with a decently speedy recharge rate, a weapon that deals Corrosive damage, and a weapon with a higher ammo count that deals Shock damage.

Most all of these can be purchased from Marcus’ weapon shop, or if you’re low on funds, farmed from heavy units in earlier sections of the area.

Once you’ve got the requisite items, make your way to the boss area and start the fight.

For the first phase, Borderlands 3’s Katagawa Ball will have an armor health bar and three key attacks to watch out for; those being a barrage of missiles, a quad-directional laser attack and rapidly-lobbed explosives.

While all of these attacks can rapidly drain your health bar, they can all likewise be avoided by positioning yourself next to any of the computer monitors in the room for cover.

Make a beeline to one of these terminals and take cover while Katagawa ball launches his attacks. Once they subside, pop out and pepper him with fire from your Corrosive weapon until he revs up his next attack.

This will drain his armor health bar fairly fast, and keep the damage piling up with the Corrosive weapon’s continuous damage effect.

This is arguably the toughest part of the fight while the ball is fulled equipped, so throw everything you got at it including your action skills to try and bring it down as quickly as possible. If you are Moze, or have a Moze in your group, definitely let her go to town with rockets and railguns from her mech at this point. Don’t hold back.

Once you’ve depleted his first health bar, Katagawa Ball’s second and third health bars will both be shield bars, each of which are weak to Shock damage.

When he lets up on his attacks, pop out and pepper him with fire from your weapon. Keep this up, and before long you’ll have taken him down for the count.

That should cover how to beat the Katagawa Ball. For more on Borderlands 3, check out some of our other guides on topics like how to get the Conference Call and Cloud Kill.