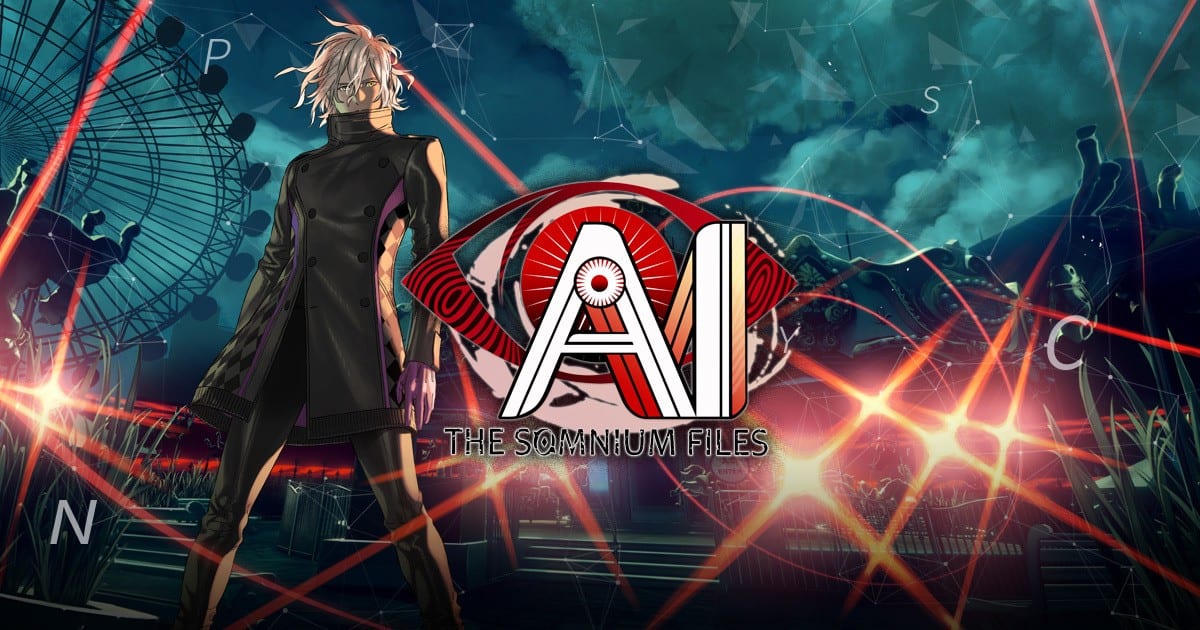 AI: The Somnium Files on PS4

This might be one of the hardest reviews I’ve ever written, and the reason for that is twofold. One, I’m still not entirely sure just what to make of the overall story of AI: The Somnium Files. And two, there are so many good ideas here that are bogged down by poor execution, pacing, and weird writing.

As a diehard fan of Zero Escape and being so thoroughly impressed with Zero Time Dilemma, AI: The Somnium Files is a game I’ve been looking forward to for quite some time now. Out of all the big Japanese visual novel games that actually managed to make a splash in the western market, Kotaro Uchikoshi’s Zero Escape series always struck me as the most smartly-written trilogy out of the bunch, carefully written to make sure every detail was crucial, and never going overboard by including sexual humor, but always in a controlled and tasteful manner.

AI: The Somnium Files has shades of those things, but not quite.

The game puts you in control of Kaname Date, an amnesiac inspector who lost his left eye in an incident six years ago. Upon his return to the police force, his eye was replaced with an advanced AI-Ball, known as Aiba. Aiba is, as you might have already guessed, an AI that lives inside his electronic eye, and she can talk to him and give him guidance while solving cases.

The story kicks off when you discover the body of one Shoko Nadami, a friend of Date’s. She’s been brutally murdered, with her left eyeball plucked out of her socket while she was still alive. The plot thickens as you begin to discover more victims murdered with a similar MO. The game reveals that the culprit might be a copycat murderer from a case six years ago, where the perp was known as the Cyclops Killer.

AI: The Somnium Files is split into two halves: an investigation sequence, and the Somnium sequence.

In between the game’s big events, you’ll spend most of your time pointing and clicking around the screen, wandering from place to place, interrogating suspects and gathering evidence. All this is pretty typical visual novel fare; fans of Ace Attorney and Danganronpa will feel right at home here.

However, these investigation sequences can seriously drag, especially in the game’s opening hours. Because you’re never really given any proper leads even after discovering new victims, you’re forced to just cross off various locations on a list, mindlessly clicking around until the game sees that you’ve completely investigated every little thing before you’re finally allowed to visit a specific location to find out about some new lead to progress the story.

The investigation bits do get a little better about partway through the game, but because of the aforementioned issues, the first few hours are a serious drag, and it feels like the story itself just meanders with no clue where it’s heading.

The Somnium sequences themselves fare a little better. AI: The Somnium Files is set in the distant future, and technology has advanced far enough for cops to dive straight into the dreams of their suspects to find out what they’re hiding or suppressing, Inception-style.

Whereas Zero Escape had a huge focus on solving some absurdly and ridiculously complicated puzzles to get out of a room, AI: The Somnium Files takes a much looser approach to that formula.

Because you’re entering a dream world, nothing about the Somnium makes any logical sense. The puzzles in Somnium revolve around you trying to make the right decisions to trigger memories within your suspect’s mind so that you can find new clues to aid your investigation.

For instance, a suspect’s Somnium might take on the form of a dilapidated room filled with questionable objects like an operating table, a dismembered mannequin, and a gun in the corner. Your ultimate goal in every Somnium is to break a suspect’s Mental Locks by doing certain things in sequence to trigger an event or memory that will ultimately give you some answers.

To that end, you’ll have to decide how you want to interact with these objects. Choking the mannequin, for example, might be a good idea because you’re recreating the crime scene and murder by emulating the victim’s being strangled to death. Every action you take in Somnium takes up time, and with there being a six-minute time limit for each Somnium puzzle, you need to make sure you’re always making smart decisions.

The idea of exploring a suspect’s mind through their dream world is utterly fascinating, and I loved the fact that there was often very little logic or reason to what I was seeing and reacting to. However, when there’s almost nothing to be logical about (unlike in Zero Escape, where everything is super logical), it becomes difficult to determine what the right actions are to take in Somnium, leading you to waste time in your investigations.

In earlier puzzles, this isn’t a big deal, and the time limit is usually generous enough for you to explore different options and get a few lines of funny dialogue from Aiba. However, the end game puzzles get rather punishing, and you’ll have to literally trial-and-error your way through a couple of these puzzles to solve everything within six minutes.

It’s not that the puzzles are particularly tough or challenging; you just have to do a bit of guesswork to get things going, and that’s just inherently less satisfying than studying various objects and trying to make sense of how they fit together to let you progress through an escape room.

On the narrative side of things, AI: The Somnium Files’ story is chopped up into branching story paths. Similar to Zero Escape, there’s a handy flowchart feature that allows you to jump back to previously completed chapters and explore other options that could open up another branch. To see the true ending, you’ll need to thoroughly explore every single branch and unlock every ending.

I’ll be blunt; about 70% of the content in this game just isn’t very interesting. The big hook here is that the New Cyclops Killer serial cases clearly have some link to the original Cyclops Killer. And judging by Date’s amnesia and missing left eye from six years ago, it’s clear that there’s some link there, and that’s interesting.

The problem is that the game just takes its time beating around the bush, forcing you to sit through some seriously insufferable dialogue about being an Orichalcum member at a maid cafe, “just the tip” dick jokes, and cringey fawning over internet idols and e-girls.

Look, I love crude and sexual humor just as much as the next visual novel fan. Heck, my favorite character from Danganronpa V3 was Miu with her over the top dialogue and sex jokes, but that stuff needs to be balanced out with actual good writing where the main plot is concerned, and there’s just not enough of that in Somnium Files.

Then there are these weird action sequences with quick-time events to help make you feel like you’re actually doing something. These, too, just felt time-consuming and like a way to pad out the playtime a little more. They were often needlessly over the top, and if they were meant to get a laugh out of me, well, they failed.

There is a great story buried beneath all this filler in AI: The Somnium Files, however. There are some really great character moments that kept me glued to my screen as I mashed the X button, hungrily devouring the text crawls, eager to see what would happen next. And the final act of the game does deliver with a somewhat satisfying narrative payoff that kinda almost makes up for the slog that came before it, but not quite.

There was a moment in the game where I had reached peak grumpiness after having been forced to go through yet another dragged out investigation and interrogation sequence before I was finally allowed to enter the Somnium again. This one ended up being one of the simpler puzzles in the game with relatively straightforward solutions.

But it was the way the game made use of its dream world mechanics to tell its story that truly moved me. There was a lot of potential for the Somnium sequences here, and they really should’ve been the main focus of the game instead of the long investigation bits. The dream worlds needed to be a little more fleshed out with more interesting things to do, but alas, they were not.

It’s truly a shame, because AI: The Somnium Files seemed to have so much going for it on the surface, but it’s ultimately let down by poor pacing and writing. If you were hoping for a worthy successor to the excellent Zero Escape series, this ain’t it chief.

Should You Buy AI: The Somnium Files?

I mean, maybe, but only if you know what you’re getting into and are willing to put up with moments of poor writing, pacing, and odd gameplay design decisions.

AI: The Somnium Files was developed and published by Spike Chunsoft, and written by Kotaro Uchikoshi, creator of the Zero Escape series.