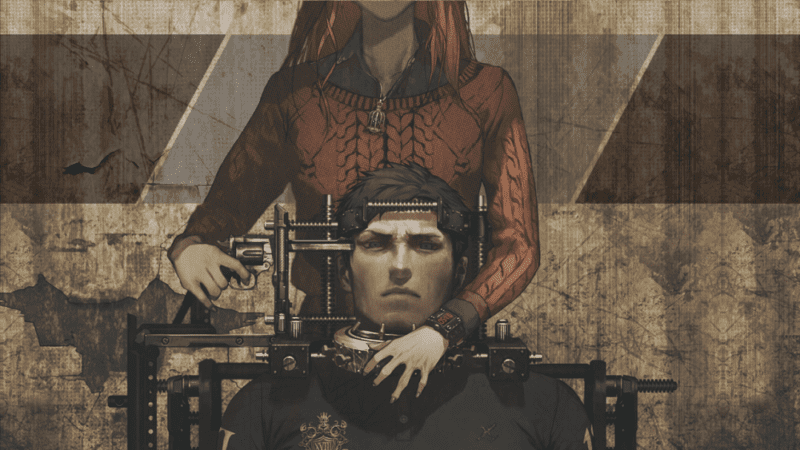 This is known as the Monty Hall Problem. You have ten lockers in front of you, and only one contains your prize. The odds of you getting it right are one in ten. You pick a random locker, but then Monty (or Zero, in this case) steps in and removes eight lockers that are certain to not contain the prize. Only two lockers are left: the one you picked, and the one that’s been filtered out for you. Which one do you choose?

The Monty Hall Problem is just one of the many interesting tests posed to the player in Zero Time Dilemma. In this third and final installment of the Zero Escape series, nine participants are forced to play what is called the Decision Game. Needless to say, this is a game where they will put their lives on the line. Zero Time Dilemma is masterfully written, a completely unsettling and disturbing experience, and continues the legacy of the Zero Escape series by telling a story that can only be told through the medium of video games.

I’ve spent the past three days practically glued to my screen, jumping between multiple timelines in an effort to seek a way out of this nightmarish mystery. It’s an absolute delight.

Following the events of Virtue’s Last Reward, time-jumping heroes Sigma, Phi, and Akane have returned to the year 2028 in an effort to infiltrate the Dcom Mars test facility in order to stop the outbreak of the Radical-6 virus, which will doom the lives of six billion people. However, upon their infiltration of Dcom, a masked man named Zero captures them, along with six other participants, and forces them to play the Decision Game. 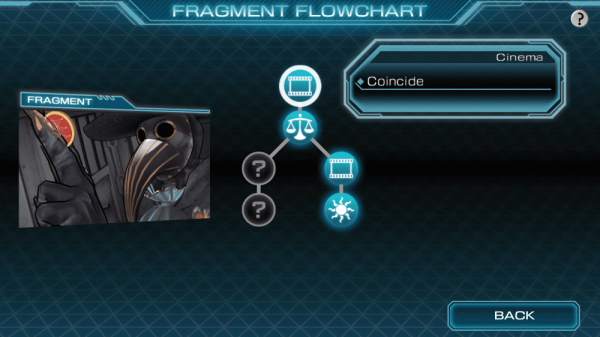 To play the Decision Game, the nine participants are split into three groups of three. C-Team consists of Carlos, Akane, and Junpei; Q-Team is made up of Q, Mira, and Eric; and D-Team has Diana, Phi, and Sigma. The three teams are separated by different wards in an underground shelter, and they’re forced to solve puzzles, and make life-and-death decisions. The Monty Hall Problem is just one example of the kinds of dilemmas they have to face, but the real hook of Zero Time Dilemma lies in the player’s ability to jump between histories and universes.

Let’s say I picked the wrong locker on my first attempt. The locker turns up empty, and my favorite characters die, resulting in a pretty depressing Game Over screen. No matter, I can just jump back into the fragment, replay that decision, and pick a different locker. Instead of making my decisions and character deaths feel cheap, the power to jump between timelines right from the get-go makes the player feel powerful, and almost like a detective even, who’s trying to search for the best possible timeline in which everyone lives. Given the endgame revelations of Virtue’s Last Reward, it makes perfect sense for players to be able to shift between histories while trying to figure out who Zero is.

Another new hook introduced in Zero Time Dilemma lies in the way the story is told. The user interface is littered with memory fragments, and you can experience the story completely out of order. After every 90 minutes, the participants will be injected with a drug from their bracelet, putting them to sleep and causing them to forget the events of the past hour and a half. This means that every fragment you jump to is essentially a new ‘beginning,’ where the participants have no clue about the events that just occurred before this one, or how they even ended up there. It can feel a little jarring at first, but all the puzzle pieces fall into place as you continue playing and slowly discover the story threads that tie everything together.

Ah yes, the story. That’s what we’re all here for. Short version: it’s terrific. It ties up a lot of loose ends from Virtue’s Last Reward, complete with plenty of emotional, heart-wrenching moments. Fans are going to love this one. Nothing will ever be as harrowing or memorable as the final puzzle sequence in 999, but there are a couple of key moments in this one that come pretty close. 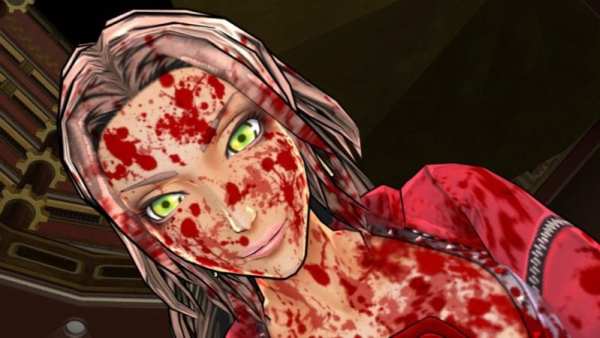 The writing in Zero Time Dilemma is top notch, as usual, and weaves neatly between tense, logical debates about Alien Hand Syndrome, the Sleeping Beauty Paradox, morphogenetic field theory, jokes about Phi’s chest size, and of course the funyarinpa. The new characters introduced in this one are no slouches either; as with all of the characters we’ve come to know and love in 999 and VLR, the new faces in Zero Time Dilemma have serious depth and personality, so much so that I hesitate to refer to them as mere ‘characters.’

Without venturing into spoiler territory, the new character Q, whom I thought for sure was going to be a boring and sympathy-fishing child character, ended up being one of my favorite personalities in the cast after some serious mind-blowing reveals. Similarly with Eric, Mira, Carlos, and Diana (though this one’s a bit of a special case), they all start off as seemingly one-dimensional stereotypes, but quickly subvert players’ expectations as we learn more about them.

While 999 and Virtue’s Last Reward had you clicking through a copious amount of text to advance the story, Zero Time Dilemma ditches the text completely and presents its story in fully voiced 3D cutscenes. To be blunt, the animation is kinda bad, and there’s a lot of mouth flapping that goes with the dialogue. Some scenes also suffer from a low number of frames per second, making the scene look a little choppy. It’s not pretty.

I would’ve much preferred looking at text boxes and character sprites or models. However, the animation quickly becomes a non-issue because the writing is just so damn good. The mystery of who Zero is, along with the reasons behind why these nine people have been chosen to play the Decision Game is so tantalizing, and Zero Time Dilemma is one of those games that will keep you reading through the night once it gets its hooks in you. 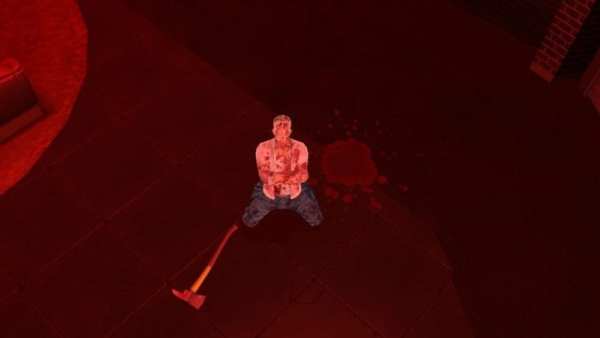 I should also mention that Zero Time Dilemma is probably the darkest the series has ever been. 999 and Virtue’s Last Reward have never shied away from violent deaths and gore, but Dilemma does all of that and even more. I’ve always believed that true horror doesn’t come from bloody violence and jump scares, and instead it lies in the psychological twistedness of human nature. Zero Time Dilemma agrees with me, and isn’t afraid to show just how ugly and depraved human beings can get when they’re pushed into a corner. One character, in particular, embodies this idea of twisted morbidity, and even now, after I’ve reached the game’s true ending and have resolved all of its mysteries (more or less), that one character remains in the back of my mind, and still continues to bother me. That’s how powerful the writing is.

The game’s soundtrack also deserves a mention here. Fans will enjoy the return of old tracks, both in their original and remixed versions. Composer Shinji Hosoe also returns with a spate of new tracks that go remarkably well with the game’s puzzle rooms and narrative tones. Music is the most important part of any visual novel, and the soundtrack gets it exactly right in Zero Time Dilemma.

Of course, the puzzle rooms are also an important element of the Zero Escape series. For the most part, they provided just the right amount of challenge, with the exception of one irritating segment that required me to draw upon my non-existent mathematical knowledge of decimal bases. Still, the puzzles are fair, and the game always provides you with everything you need to solve them.

I managed to check out both the PS Vita and PC versions of the game, and while the game runs perfectly fine on both platforms, it’s clear that the controls have been optimized for the handheld. It’s a very minor complaint, but I found it much easier to navigate my way through the puzzle rooms and menus on the Vita than with a keyboard and mouse on PC. Both versions of the game are competent, though I’d say the Vita version has the edge because of its portable factor and simplified controls. 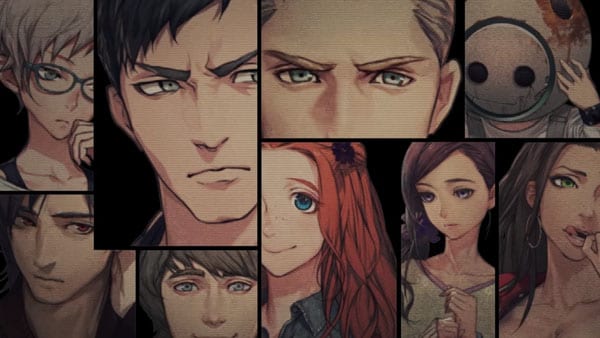 Overall, Zero Time Dilemma is an entertaining lesson in time travel. It knows when to be dark, when to be funny, and Uchikoshi has again proven himself to be a talented writer, capable of drawing players into his world and locking them in until they successfully find a way out. Many of the game’s endings are depressing and unsatisfying, but they’re all a driving force designed to push you to use what you’ve learned from failed timelines and seek a way out onto a better path.

Once again, Zero Time Dilemma tells a compelling story that can only be conveyed through a video game, and it’s a wonderful sendoff to a fantastic visual novel series that might not have existed in a darker timeline, where it didn’t receive the fan support it deserved.

Thankfully, we do live in the brightest timeline – the one where this lovely gem of a game does exist. 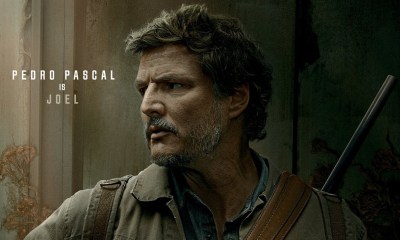 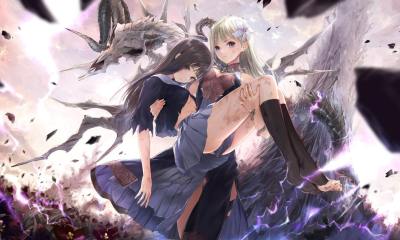