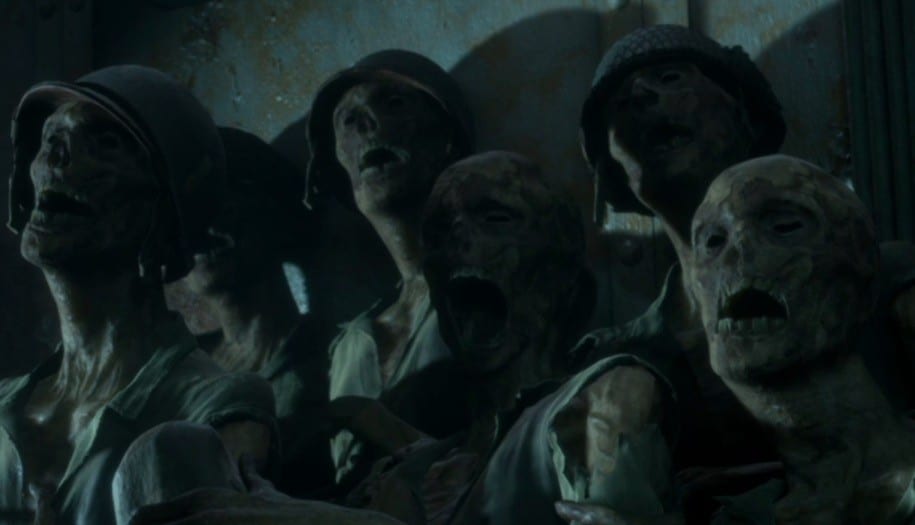 If you’ve read my review of Supermassive’s newest game, Man of Medan, or have dived into my ramblings explaining why this game isn’t the Until Dawn follow-up fans have been anticipating, then you’ve probably discerned my negative thoughts on everything.

The walking is slow as heck, the character animations are stiff and clunky, the narrative is lacking an interesting script, the characters are shoddy, and the entire experience is bogged down with a slew of technical issues.

And speaking of the characters, the five of them aren’t really too smart, besides Brad, maybe just Brad –he’s OK.

They all manage to get kidnapped by three fishermen and get taken to a “haunted” ship that’s been stranded for decades, the Ourang Medan.

According to the deceased passenger’s notes and scribbles scattered across the game as a collectible for your precious trophies/achievements, the ship is full of spooks; I’m talking corpses, ghosts, and zombies.

Yeah, there can be jump scares and other moments that can be somewhat frightening, but the scariest part of the game is something that you would never expect… Here’s a hint: ever heard of tetanus?

Tetanus is a very serious disease caused by a toxin, a bacteria that enters a wound on your body. It causes stiffness and spasms and can be caused by an injury, being unvaccinated, and oh um, stepping on a nail.

I forgot to mention something else about these characters in Man of Medan –the lovely cast of characters. Most of them end up on the Ourang Medan (the big spooky freighter) missing something very important. Yup, I’m talking about shoes.

For pretty much the entire game, most of these millennials are walking around a crusty, rusty, decrepit ship that’s is filled with dirty nails, glass, and who knows what else.

It’s pretty disgusting and if you ask me, I’m very surprised that one of the endings didn’t result in all of them getting inflicted with Tetanus. At this point, guns and ghosts are the least of their worries.

If you’re brave enough to actually take witness of the casts’ bare footedness, take a look at the video below. Just, be warned. They’re not even wearing socks.

See what we mean? How dare they walk barefoot on a ship like this? So, they did get kidnapped and taken to the ship, but they simply could’ve just asked the scary fishermen to put on their shoes before getting tossed on a freighter.

That’s what I would have done.

They wanted their help to find some Manchurian Gold on the ship so they needed them alive for sure. Just explain to the kidnappers that if they want you alive and well, your shoes will be necessary.

Anyway, not only are the characters in Man of Medan annoying and uninteresting, but all of their feet are also very dirty. Just bad traits all around.