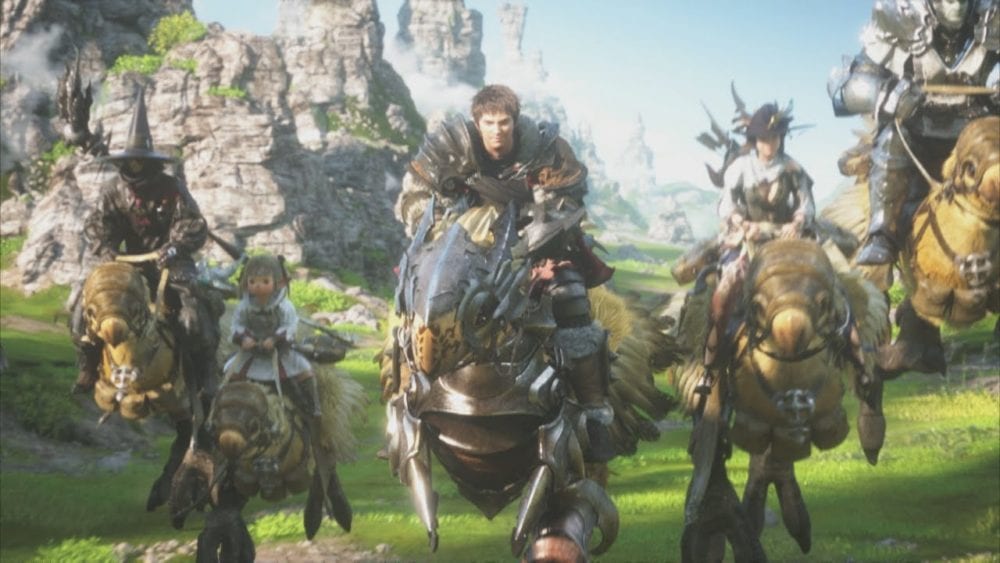 Everyone’s familiar with the incredible success story of Final Fantasy XIV at this point. After its failed vanilla launch, Square Enix completely rebooted the game, and relaunched it as A Realm Reborn.

Since then, players have had only good things to say about the game, as it’s experienced consistent improvements between expansions, with the latest Shadowbringers release being praised as possibly the best Final Fantasy story in the series. However, as much as we love Final Fantasy XIV over here at Twinfinite, it would be disingenuous to not at least address the elephant in the room.

We’ve talked about this issue countless times, but easily the biggest problem with the game right now is A Realm Reborn itself. The 2.0 main story quest line is, simply put, a drag.

The story content itself is fine, but it’s the quest structure that seriously bogs it down. Most infamously, the middle portion of the ARR story takes place in Costa Del Sol where the game hypes you up for an upcoming confrontation with Titan… but not before you do like, 100 fetch quests for a bunch of annoying NPCs first.

Alright, we might be exaggerating a little there, but it’s the fetch quests that make A Realm Reborn feel like such a chore to play. Not to mention the seemingly endless stretch of even more fetch quests that you have to do post-ARR, and before Heavensward.

In the game’s latest Letter from the Producer broadcast, however, it looks like the development team is finally ready to try to improve matters on the ARR front.

It’s no secret that this is easily the biggest barrier to entry to Final Fantasy XIV, and that if players want to check out the Final Fantasy goodness that awaits them in Heavensward, Stormblood, and the excellent Shadowbringers, they have to wade through 100 hours of chores first.

In the broadcast, producer Naoki Yoshida stated that the team is currently working on making the main scenario of A Realm Reborn “more compact.” Not only that, they’re aiming to release this fix in patch 5.3.

No details about the coming solution have been revealed just yet, but this is probably the best news existing and newer players could hope for.

Over the past few years, there have been complaints about the quest structure, and most notably, the Main Scenario Roulette, which prevented players from skipping cutscenes. A Main Scenario Roulette run could take up to an hour because of this, actively discouraging players from actually selecting it unless they really wanted the experience bonus.

With the new game plus feature coming up soon for Final Fantasy XIV, and a supposed streamlining fix for the ARR storyline, it looks like Square Enix might finally be able to address the game’s most glaring issue. Whether the fix ends up actually making the game better for all parties involved remains to be seen, but for now, I remain hopeful.