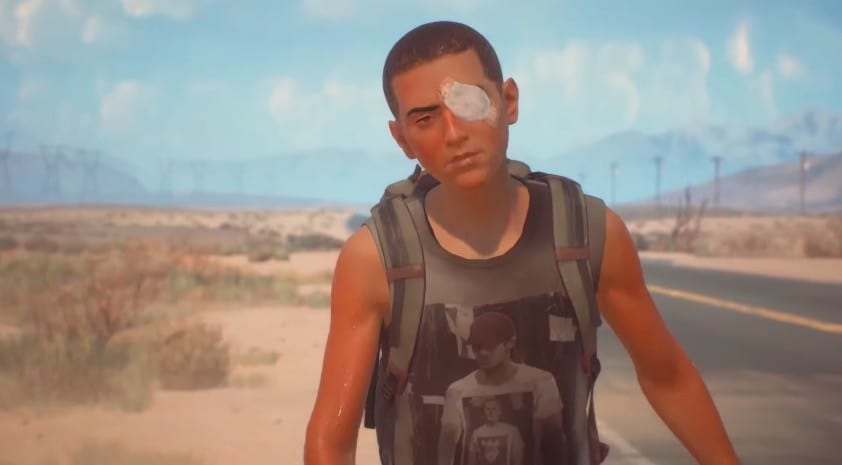 Life Is Strange 2 has hit a little bit closer to home for me than its predecessor due to the relationship of the Diaz brothers Sean and Daniel. No matter what Sean does, Daniel thinks he’s being condescending and treating him like a child, while Daniel’s just a generally annoying little brother.

It reminded me of my relationship with my own brother… with me being the Daniel… though without the cool telekinesis powers. So just a pain in the ass.

However, in the space of just three hours, Life Is Strange 2’s fourth episode ‘Faith’ had a number of poignant moments that felt all too familiar, and it’s because it’s happening every day in the real world, and with each reported incident, we’re getting more and more numb to it.

Please note we’ll be doing a deep dive into Life Is Strange 2 episode 4 in this feature, so if you want to enjoy the story spoiler-free, now’s the time to turn around. Come back after you’ve finished the episode to join in the conversation, though!

Episode four has the two brothers split up for the first time on their adventure. Following the events at Merrill’s, Sean wakes up in a hospital after being in a coma for a few months, and Daniel’s whereabouts are unknown.

A special agent has been quizzing Sean frequently, trying to figure out exactly what happened at their family home in Seattle, as well as what transpired at Merrill’s.

The crux of episode four revolves around Daniel’s whereabouts being unknown. Sean eventually sets out to find him, bumping into an unexpected figure along the way.

However, it’s the things that Sean experiences throughout the episode that hit me so hard during the roughly three hours the episode took to beat.

Before Sean’s even managed to leave the hospital, episode 4 quite blatantly takes a dig at the way investigations into police behavior and incidents on the job are handled.

Speaking with the special agent, Sean insists that he did nothing wrong, and none of his family provoked the police officer, and yet it’s something the special agent flat-out refuses to believe.

I mean, it’s the truth, they didn’t provoke him in any way. He just shot the Diaz’s father and then Daniel went ape-shit.

Admittedly, Sean skimps on the details around exactly how the police officer was injured, but with him having stuck to this same story for weeks, the special agent’s reluctance to take his word at face value leaves Sean in the position of “guilty until proven innocent,” rather than vice-versa. Something that Sean even points out himself.

It doesn’t take much longer for Sean to find himself in another uncomfortable situation, and this was one that I admittedly made worse through my decisions.

After hotwiring a car, Sean pulls over for the night, only to be interrupted by some less-than-friendly locals.

They demand Sean gets off their land, but not before racially abusing him, forcing him to say derogatory terms and sing otherwise they’d call the cops. As a player, I felt helpless.

I was stuck between a rock and a hard place, and watching my teenage protagonist cry his way through the final verse of the song he was forced to sing hit me hard.

This was arguably the hardest-hitting instance of social commentary within episode 4. Despite his need to grow up and be the adult when Daniel’s around, Sean is still just a kid himself. He used to goof around with friends.

He shouldn’t be ridiculed and abused by strangers for being different and making a mistake. And sadly, this racism and xenophobia feels all too common in the real world.

As the episode moves on, we soon find ourselves visiting New Haven, a settlement of religious extremists who have taken Daniel under their way… albeit as some divine gift from God himself thanks to his powers.

Here, we see that even those who claim to be the children of God can have a nasty side. After having a tough conversation with the leader of the cult, Sean is man-handled out of the compound, before having a gun pulled on him as he “has a right to protect his property.”

Again, Sean may be a growing boy, but he’s still just a teenager. A teenager who’s traveled across the country to reunite with his lost younger brother. There’s another instance where we find out that the brothers’ friend, Jake, was forced to undergo ‘conversion therapy’ simply because he’s gay.

Life Is Strange has never shied away from tackling tough subjects, from Kate’s suicide in the first season, to the complex familial relationships of the various series’ main characters, but ‘Faith’ felt different.

In just under three hours, it had touched on prominent topics in current news, such as gun laws, police favoritism, racism and xenophobia, gun laws, and extremism.

In a way, it left a bit of a sour taste in my mouth. Not because Life Is Strange 2 Episode 4 handled any of these in a less-than-acceptable manner, but because it was simply uncomfortable to sit through.

Sure, there were happier moments throughout episode 4, and I’m ready to see how the Diaz brothers’ story comes to an end in the final episode later this year, but I’m keeping my fingers crossed it’ll be plainer, happier sailing for the two from now on.

Sky Beneath Gets First Gameplay Trailer