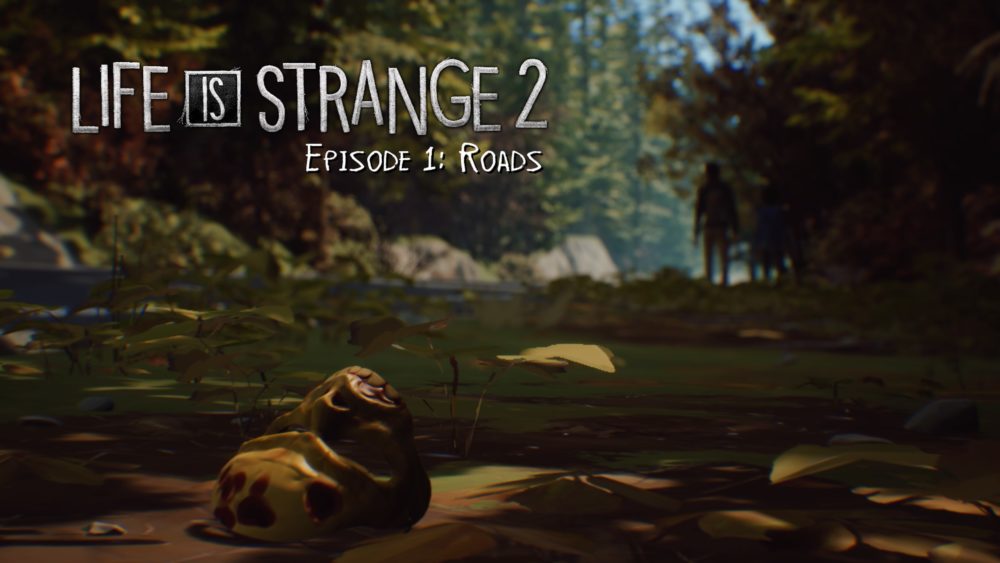 Following the heart-wrenching decision at the end of the original Life Is Strange series, many fans simply didn’t want to let go of Max and Chloe. Over the course of five episodes, we’d got to know them. We learned of their aspirations, their tumultuous past, and ultimately, their fate. DONTNOD Entertainment made these formations of pixels feel far more than that. We laughed with them, we cried with them, and we jammed out to the game’s awesome soundtrack with them, too. Life Is Strange 2 doesn’t feature the iconic duo of the first series, but it introduces two new protagonists, the Diaz brothers, who are shaping up to be just as strong and memorable as their predecessors.

Let’s set the scene a bit before we dive into much more here. Life Is Strange 2 start things off fairly quietly, putting you in control of older brother Sean as he finishes school on a Friday and arrives home. After some jovial conversation with his father and younger brother, Daniel, he goes about preparing for a party that night. And then everything goes horribly wrong.

The two brothers get embroiled in an altercation with their neighbor, which is kind of the fault of Daniel, and things escalated way too fast. In fact, if there was one aspect of Life Is Strange 2’s first episode that was especially frustrating, it was this. I’m not going to delve into details any further to avoid major spoilers, but it’s a scene that feels particularly heavy-handed simply in order to drive the narrative forward. Once this was out of the way though, things seemed to settle back down and the story itself fell into a more natural pace, and continued without these out-of-nowhere moments.

Life Is Strange 2’s gameplay is going to feel incredibly familiar. There are a few obvious changes such as Sean’s love for drawing, rather than taking photos, but it’s the interactions between the two brothers, and their relationship that helps to make this new episodic series feel entirely fresh, as well as make them feel far more relatable and realistic as a result.

For example, even when you’re just walking around on your way to do something, the two brothers will constantly be talking about something. It could be one of Daniel’s rants about Minecraft, or perhaps Sean simply trying to get Daniel pumped about helping out with a task, telling him to put his building skills as the self-proclaimed Mr. Minecraft to work. It’s not just back and forth dialogue and humorous writing, though, its delivery sounds and feels so natural, as if these really are brothers.

While Max and Chloe were clearly best friends, they were also the same age. They talked about stuff at school, or the weird happenings that were occurring, but there was seldom a time you, as Max, felt any real responsibility for Chloe. She was grown up. Why would you?

That changes in Life Is Strange 2. In control of Sean, I felt like there was rarely a time to take a moment to myself. Daniel was always inquisitively poking around the environment ahead of me, shouting back to come check something out that he’d found, or for your help doing something. A lot of it is not relevant to the story, and that’s what makes it so special. Just like a young kid in real-life, Daniel looks for things to keep him occupied or distract him from the mundane activities you’re doing.

Similarly, just like an older sibling gets tired of their younger brother or sister when they won’t leave them alone, Sean will sometimes snap. Not because Daniel’s done anything wrong, but because Sean’s an adolescent teenager. He wants time to himself to reflect on what’s happened, or to just do what they need to do without constant complaining and questions. He’s in a tough spot. He needs to look after Daniel, but just as real brothers, they sometimes work against one another, rather than as a team.

This is something I’m particularly intrigued to see develop in the coming episodes. Each decision you make and action you take as Sean in Life Is Strange 2 always has an audience in Daniel. He’s impressionable, and as his older brother, you hold a lot of influence over how he turns out. Where as with Max and Chloe I never had an issue with occasionally ignoring my moral compass, having a 10-year-old quiz you on your every dubious decision, and knowing that he’s going to think it’s okay if you go ahead, will have you second guessing many of your initial decisions. Though the consequences of these particular choices or actions wasn’t so obvious in this first episode, I can’t wait to see how DONTNOD implements this into the narrative, and how my skills as a guardian will effect the overall experience.

Some of the most touching moments of Life Is Strange 2’s opening episode came from me spending some time interacting with different objects in the environment with Daniel. It’s an option highlighted in blue with particular objects, and they often allow the brothers to bond in some way… if you get it right.

At one point, Daniel wanted to learn to about skipping stones, and after showing him and watching him fail miserably once, I continued to press the option to tell him to try again, willing my digital sibling to finally get the technique down. After numerous attempts, he finally got it, and it instilled a sense of pride in me. Had I been a crappy brother and left it, he wouldn’t have learned to do it. It’s a small victory, but we’re only at the beginning of the journey.

It doesn’t always go according to plan, though. Another time, I grabbed a stick and challenged Daniel to a fight, rather than assisting him battle his imaginary opponent. Not thinking about the massive disadvantage the 10-year-old had against me, we engaged in battle shortly, but he stopped playing and complained it was unfair and not fun. Life Is Strange 2 feels just as much about caring and looking out for Daniel, ensuring he has a good time and stays safe on the way through this more serious and dramatic adventure, while Sean focuses on the important stuff.

It’s even right down to the smaller details, though. At one point, I hopped down from a small ledge and carried on down the path, only to wonder where Daniel was moments later, for him to be shouting from the ledge asking for a hand getting down. He then sprinted off ahead out of my sight, and then suddenly jumped out from behind a tree I was running past, laughing maniacally as Sean jumped.

There’s a lot of really cool stuff in Life Is Strange 2’s first episode that fans are going to love. From its soundtrack featuring Phoenix’s Lisztomania and Whitney’s No Woman, to the gorgeous environments, and deceptively important choices you make along the way. Going into Life Is Strange 2, I was concerned the Diaz brothers couldn’t fill the shoes of Max and Chloe, but if this initial episode is anything to go by, their dynamic relationship and interactions could make for one of the most heartfelt and emotional experiences this year.