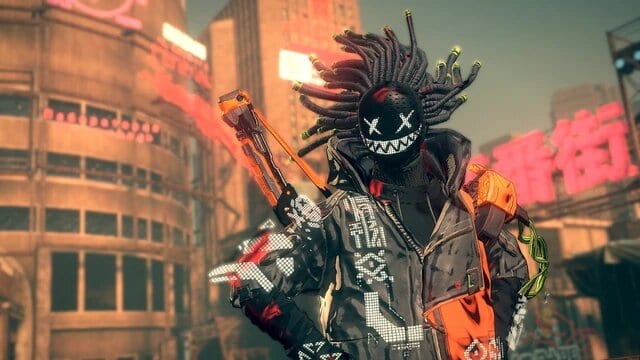 Astral Chain is the latest big exclusive to launch on the Nintendo Switch and PlatinumGames’ first original IP on the system.

It’s one of the most unique games Platinum has ever created, taking place in a dystopic cyberpunk future where humanity is on the brink of extinction.

The Switch has had a strong couple of years for exclusives, so you might be wondering how Astral Chain stacks up against all the other Switch exclusives out there. Well, that’s exactly what we’re here for.

Below you can see how Astral Chain stacks up against the Metacritic score of every Nintendo Switch exclusive. If you want to see more than just the hard data, continue scrolling down to see our take.

Do note, however, that we haven’t included any rerelease or remaster for Switch, like Bayonetta 2 or Donkey Kong Tropical Freeze. Octopath Traveler also doesn’t qualify anymore due to it releasing on PC.

How Astral Chain Stacks Up Against Other Switch Exclusives

As we said before, Astral Chain is easily one of the most unique Switch exclusives we’ve seen to date. There’s seriously nothing else quite like it, not even Platinum’s own Bayonetta games.

Astral Chain is definitely in the upper echelon of Switch titles, and it’s one that any owner of the system should think about picking up.

The game’s intense over-the-top action makes it feel like you’re playing some kind of cyberpunk anime, and it’s absolutely gorgeous to behold.

In TV mode Astral Chain is easily one of the best looking Switch games out there, even giving titles like Xenoblade Chronicles 2 or Breath of the Wild a run for their money.

That’s partly because its visual aesthetic is just so different.

We’ve seen tons of fantasy games on the system, but Astral Chain gives us a grungy cyberpunk world filled with blaring neon signs and enough particle effects to make you go blind.

In other articles, we’ve talked about the accessibility of Astral Chain, but it really cannot be stated enough. Besides being a stellar action game, I’d go so far as to recommend Astral Chain as a kind of “first-time” action game.

With three different difficulty options unlocked from the beginning, Astral Chain makes a big effort to allow anyone and everyone to play it.

There’s even the Unchained difficulty that lets the game entirely take care of combat for you. This can be hugely useful to players that might not be well-versed in action titles, and you can play on Casual difficulty and switch over to Unchained at any time.

This means if you’re having a ton of trouble with a boss fight or specific section, you can use Unchained to get through and maybe even see what you might be able to do better.

It’s great to see an action game tread that line between accessible and challenging, and it’s part of what makes Astral Chain so darn appealing.

Even though it may not sport one of Nintendo’s iconic mascot, make no mistake, Astral Chain is as much a must-play Switch title as Breath of the Wild or Mario Maker 2.