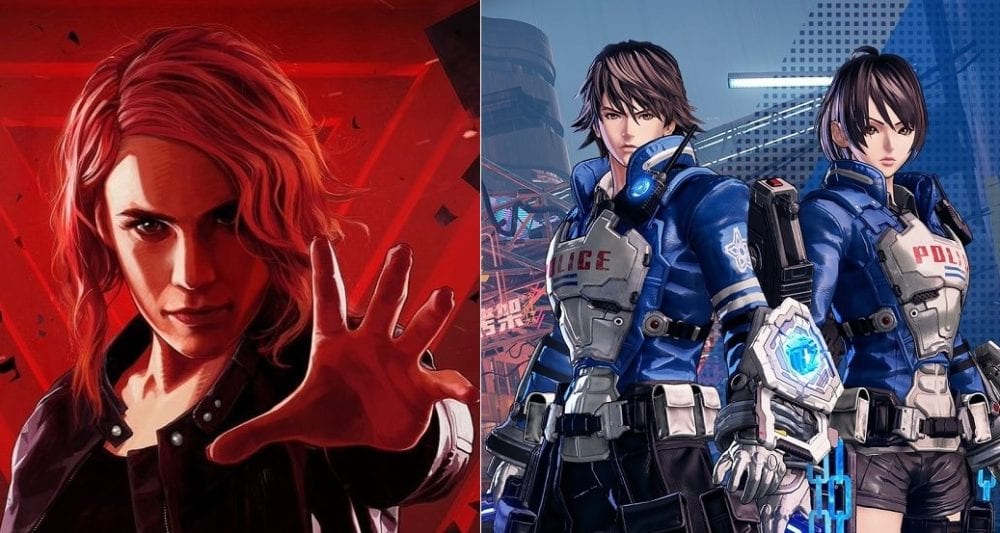 Summer’s gaming drought has finally come to an end, as we get a slew of big-name releases to round out August. The action-adventure genre in particular looks extra enticing, as Control and Astral Chain both release this week.

What if you can only afford to get one of these highly anticipated titles though? Here, we compare the two and see whether Control or Astral Chain will be the better buy for you.

Both Control and Astral Chain are right up any nerd’s alley when it comes to story, as the former places a heavy focus on sci-fi, where the latter is essentially a playable anime cop drama.

Regardless of your preference, the story drives each of these games.

No matter what medium a story is being told in, the pacing is always going to be vital for any narrative. In Astral Chain, the overall plot benefits greatly from its linear structure, as chapters are separated into specific Files that let players explore various missions throughout the open world.

Sure, the characters and setting throughout aren’t entirely groundbreaking, but the sheer scope of world-building that takes place in Astral Chain is more than enough to make up for it.

For Control, the eerie atmosphere of the Oldest House, and the circumstances surrounding the supernatural phenomenon occurring in it, has been alluring ever since promotional material revealed the game’s premise.

If you ask Ed McGlone, Twinfinite’s editor in chief who reviewed the game, Control and its overall narrative fail to fully embrace this premise.

Instead, it seems to play it safe, featuring a standard main character, somewhat predictable twists, and far too many unanswered questions by the end of things.

So even though Control brought forth a lot of potential to the table, Astral Chain wins this round thanks to solid pacing and vast world-building.

While both games are classified as action-adventure, there are a few key differences that may make one more appealing than the other.

Control’s biggest draw is found in its Metroidvania-light progression system for unlocking weapons and powers. With each new optional thing that is unlocked, players gain new avenues to combat and exploration.

Increasing and acquiring specific things make it so that protagonist Jesse Faden can zip around security guards quicker, deal more damage, and fling about more debris.

All of these mechanics make up Control’s frantic, always moving action, as Jesse must deal damage to generate health back and eliminate enemies before getting overwhelmed.

On the other side of things, Astral Chain provides a handful of different approaches to its gameplay.

If you’re more invested in the investigative elements, setting, and story, or just like watching the action, the Unchained mode automatically takes over.

Don’t feel like attacking or dodging? Switching these tabs over in Unchained will make the game act on your behalf, letting players soak in the glorious colorful action while the game does all the work.

On the other side of the spectrum, the Pt difficulties ramp up the opposition considerably, taking away revives, making enemies more durable, and combat more challenging.

No matter which way you go, the wide array of playstyles provided with the gameplay is an element that really serves to lend to the game’s longevity and replayability.

The gameplay is too tight to call between these two, as they are both often the best parts of each title.

Even though there are a lot of games to keep your backlog full, replayability still plays an important factor.

For both Astral Chain and Control, each offers a surprising amount of depth in terms of being able to go and play it again.

While the focus of Control is on the supernatural going-ons of the Oldest House, there are plenty of extra missable missions that merit a replay.

Side stories and hidden areas can be found throughout the game definetly help to expand the story and setting, especially with the benefit of hindsight.

Bureau Alerts are the most satisfying part about replaying this sci-fi action game though, offering randomly generated combat-focused missions that can even be played after beating the main portion.

These missions test the abilities gained throughout the game, sending you around the FBC to try out new upgrades earned via weapons and mods.

Just like Control, one of the more captivating bits of replayability that can be found in Astral Chain can be is based around the Pt difficulties.

As we mentioned before, ramping the challenge up to this setting almost creates a brand new game.

Adjusting your strategy and patience on Pt Ultimate calls for a much different playstyle that likely can’t be experienced without playing the others first.

The difficulties curve up accordingly, allowing players to graduate up just about every time they replay the game.

Combine the difficulty increase possibilities with the vast open world, a mix of fun side missions, and excellent combat and it isn’t hard to see why gamers could be playing Astral Chain for years to come.

With all that in mind, Astral Chain edges out Control in this area, as its varied difficulties and vast open-world trump the hidden areas and challenging Bureau Alerts that the sci-fi title has to offer during replay.

There is no denying that Astral Chain and Control each offer distinct things that the other can’t.

Whether it’s via specific unique features or each’s overall style, one might work better for you.

Those craving Metroidvania-esque elements may be more drawn to Control, as Astral Chain doesn’t have any of that component in it.

Tone also plays a role, as even though they both have a sci-fi element, they each play to different strengths of the genre.

With that said, it is also clear that one game is overall more consistent than the other when comparing all the areas mentioned above.

Thanks to an engrossing story to go along with its addicting gameplay, Astral Chain is the winner in this comparison if you can only pick one, and is more than worth the $60 for all the time you’ll likely sink into it