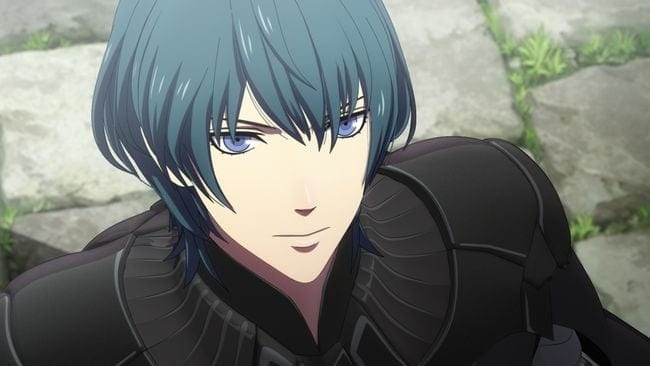 Allow me to introduce you to a conversational strategy that is known as the praise sandwich.

It’s a concept that is applied by management to lessen the blow of criticism for their employees, wherein negative feedback is bookmarked by positive reinforcement. The understanding is that people will be more receptive to performance critique if they are not overwhelmed by a deluge of bad vibes, and when applied correctly, it can allow for growth without adversely affecting morale.

So, let’s begin our sandwich with the obvious. Fire Emblem: Three Houses is a spectacular and worthy entry into the franchise, engrossing and yet accessible, with an absorbing plot and characters that are more nuanced and believable than in previous games. You could easily sink 30 hours into it without even cracking the surface of what it has to offer, both in a narrative and gameplay perspective.

What a tasty slice of praise bread that was! Our sandwich looks absolutely tantalizing already. Now, we just add the meat — the substance upon which this whole article is based — and outright declare Byleth to be one of the blandest and unlikable characters in the vast echelon of Nintendo protagonists.

…Hey, at least the bread was nice, right?

The avatar has been an ongoing Fire Emblem feature for longer than many realize, with the genesis first forming in the Blazing Blade’s voiceless tactician Mark, all the way back in 2003. It most famously came into prominence, much as Fire Emblem did to western markets in general, with Awakening, the game that introduced us to Robin.

Ostensibly, Robin could be you, should you so choose it. You can adjust Robin’s gender, age or appearance, assign whatever strengths or class you would like, and give them a name that resonates with you.

Beyond that, however, Robin has a personality. Robin is a passionate strategist and a loyal friend. Robin likes to read, to learn and to experiment, and acts as an effective counterweight to Chrom’s headstrong leadership. As Robin possesses a fairly passive stance in discussion, support conversations typically allow for the other character to flourish.

Is Robin an effective personification for anyone who plays the game? No, not necessarily. Admittedly, most of the choices you make as Robin are arbitrary and have no influence on gameplay, stripping you of a degree of autonomy. But despite this, the character had merit, and gained a place of adoration in the hearts of many.

As Fire Emblem Fates could effectively be summated as Awakening 2: MOAR STUFF, it was practically a foregone conclusion that the avatar character would return. This time, it was via Corrin, who has gone on to be known as perhaps the most divisive character in Fire Emblem history.

The issue with Corrin is that, as this treasured, sheltered, altruistic soul, there was no depth to the character’s progression. Even plot elements that grew the lore didn’t alter the personality of the protagonist in any impactful way; this flawless hero was handled with kiddie gloves throughout the game, no matter which route you chose.

Despite this, however, Corrin did have a personality, albeit a bland one. Corrin operated out of principle and reason. There were things to like about Corrin, despite what many might tell you.

Even though the subsequent Shadows of Valentia lacked a true avatar, the first-person town exploration elements allowed Alm and Celica to operate in a similar fashion, and it gave us an insight into their views on society. It also gave us the moment where Alm declared that he would like a cat named Sir Purr, and that is absolutely fantastic.

We then move onto Three Houses, headed by the completely unqualified educator, Byleth. Much like prior avatars, Byleth suffers from a degree of amnesia, possessing a past that is cloudy at best, suspicious at worst.

Byleth’s aesthetic cannot be customized beyond name and gender, which is an absolute shame. It does, however, allow for more robust cinematics than what we had seen previously, making it an acceptable emission in that regard.

Unlike previous games, you’re allowed more input into Byleth’s discussions, with cues appearing onscreen to make a reply. This is done without the aid of a voiceover, and other than that, Byleth remains a silent protagonist, save for the occasional use of ellipses meant to represent bemusement or bewilderment.

In an excellent Medium piece that explored the parallels between Three Houses and being an actual teacher, James O’Connor found positives in this, saying that these traits allowed Byleth to better operate as a manifestation of the player.

The issue I have is that Byleth is an active participant in the narrative without ever seeming engaged or interested in it. If Byleth doesn’t care about the events taking place, then why should I?

Byleth doesn’t have any pithy one-liners or passionate outbursts, toeing the line of a sociopath who remains disinterested even when things seem most dire. Zhiqing noted in her pre-release impressions that visually, “their eyebrows may move from time to time, but their expression never changes. It’s honestly kinda creepy”, and this is in line with the character as a whole.

Byleth has an interesting past and an interesting storyline, does interesting things and shows off interesting abilities, but fails to ever be interesting as a character. Byleth simply operates based on how we instruct them to, and yet in the same manner as Corrin, is treated with absolute adoration as the pinnacle of both combat and education.

Basically, if Robin died and it hadn’t resulted in an automatic game over, I would have been devastated. Should Corrin perish without consequence, I would have felt slighted. If Byleth were to cark it, I would treat the loss with as much apathy as they show to everything that is happening around them.

Fortunately, Byleth’s mediocre personality is propped up by the myriad of voices that surround them, and that is where Three Houses roots its intrigue. Though I harbor no fondness for Byleth, I do feel moved by the impassioned throes of Dimitri, Petra, Annette, or practically any other character. They have dreams, they have ambitions, they have flaws.

It’s a minor quibble to have with such a masterful game, but a quibble all the same. Please enjoy your sandwich, by the way, I have suspicions that it includes some really lovely bread that you might enjoy.