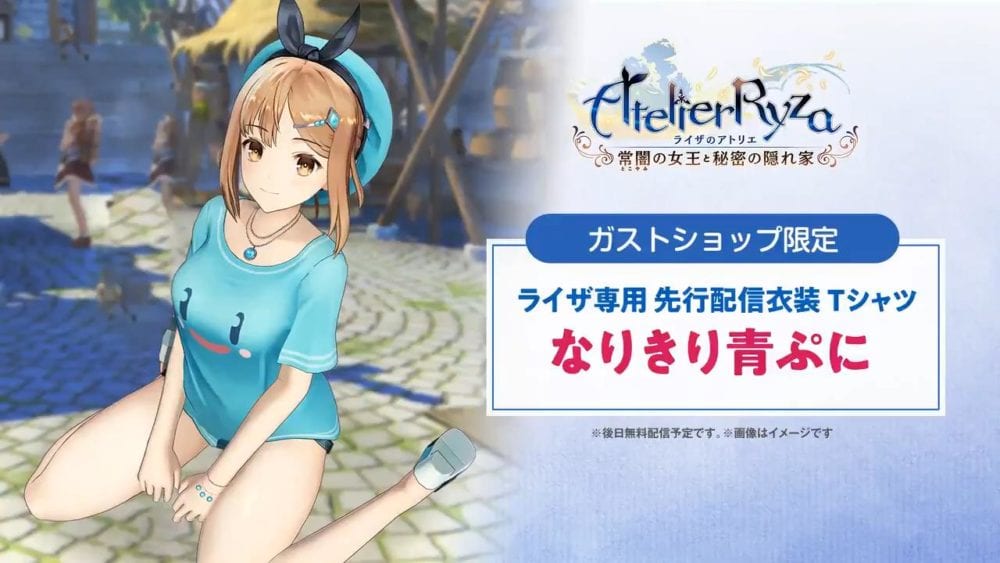 The protagonist of the upcoming JRPG Atelier Ryza: Ever Darkness & the Secret Hideout is proving very popular, and Koei Tecmo is keen on letting you dress her up in various ways.

Developer Gust’s official Twitter account has been showcasing a batch of costumes that will be distributed with various editions of the game in Japan.

We get two T-shirt looks, one of which features the iconic puni which are pretty much the mascot of the series.

Another costume dresses Ryza in a similar style to the outfit worn by Klaudia. Interestingly, by wearing the costume (which also includes a dedicated haistyle) we’ll also unlock two special episodes featuring the two girls.

Check them out below.

On top of those, we have also already seen the Summer Adventure costume, offered as a bonus for early purchases.

If you want to see more, you can also check out the latest screenshots, a trailer focusing on the story, the previous batch of screenshots, two more trailers, the previous trailer that revealed a new character and the theme song, plenty of recent gameplay footage, another video featuring the soundtrack, the first video and another brief clip released recently, and two more.