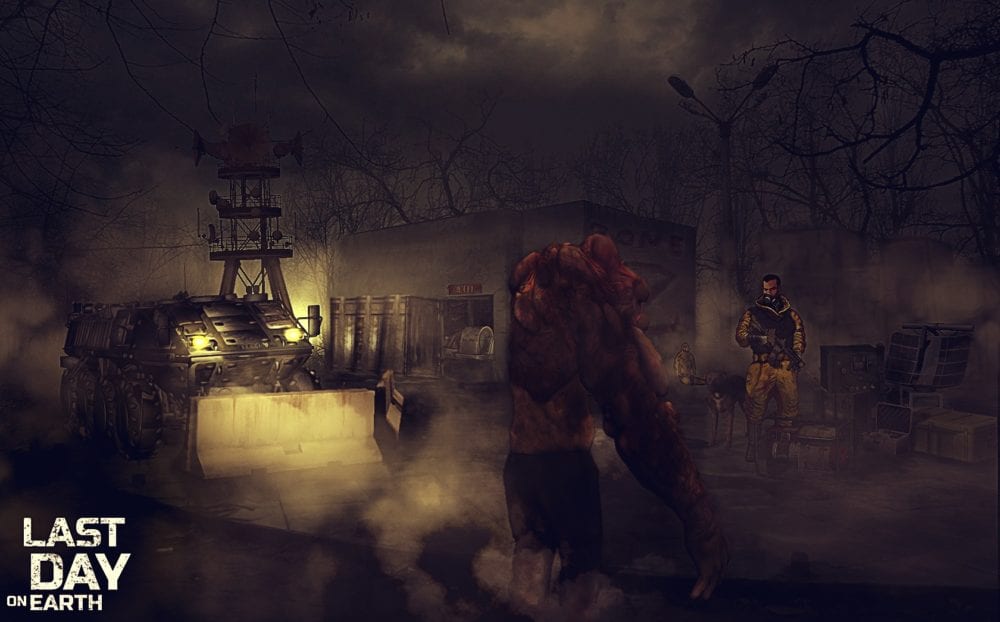 Whether it’s via the portability of mobile phones or from the comfort of the couch, Crashlands is an underlooked gem of a game that fans looking for games like Last Day on Earth will dig.

This Butterscotch Shenanigans’ action ARPG centers around a galactic trucker, Flux Dabes, who gets stranded on an alien planet due to an alien menace named Hewgodooko.

Using a combination of sass, crafting, and wits, Dabes navigates this treacherous world, finding himself stuck in the middle of a plot to take over the world all the while.

Throughout this ARPG, players have over 500 items to craft and unlock, as well as bases to build and creatures to tame.

One of the most interests parts about Crashlands is actually its de-emphasis on inventory management.

Instead of having to worry about managing the infinite inventory, the game allows you to focus on adventuring, questing, and building, allowing for a more narrative-driven experience.

If you are looking for a great survivor sandbox game, Rust should be one of, if not the first, titles on your radar.

As the name dictates, Rust places players in a rough, decaying world. The only way to manage its dangers is to work with – or against – other players, build houses, and plenty of other useful items.

Rust is perfect for anyone who likes mechanics like inventory management. Alongside keeping track of items and degradation, the game requires players to keep an eye on their hunger, thirst, and health.

You won’t make it very far if you don’t manage it all though, as Rust’s multiplayer makes survival competitive and fun in this rugged landscape.

Can’t get enough of Last Day on Earth’s zombie survival feel? Then Dead Age is another solid undead title for you to sink your teeth into.

In this Silent Dreams developed indie darling, players join up with a group of survivors right after a zombie outbreak.

To survive, your character must do their part to help themselves, others, and the overall condition of the camp.

Gameplay-wise, Dead Age has been compared to both Final Fantasy and FTL, combining mechanics like turn-based combat and permadeath with rogue-lite non-linear combat featuring hordes of the undead.

Combat isn’t the only aspect of the game Last Day on Earth fans will likely enjoy, as the game requires players to manage survivors, craft materials, and make decisions that impact the rest of the story.

This War of Mine

While the video game industry loves to make games about the action and combat portions of war, This War of Mine instead takes a jarring approach to the troubles brought on by war.

Inspired by the events of the 1992–96 Siege of Sarajevo during the Bosnian War, This War of Mine tells the story of the civilians that are trying to survive amidst the battles.

The overall objective of this game is to gather tools and materials, playing as multiple characters in a tense narrative.

The game isn’t as simple as searching for and obtaining objects though, as characters with no military background or survival expertise understandably struggle amidst the warzone.

Hunger, mood, and military presence (guns) are just a few of the trials and tribulations that require constant awareness and management of in order to survive until the ceasefire.

If Tim Burton dipped his toes into the open-world survival genre, it is entirely possible the game would look identical to Don’t Starve.

In this gothic sandbox, the game follows an intrepid Gentleman Scientist by the name of Wilson.

One day, Wilson is trapped by a demon and transported to a mysterious world, bathed in darkness, mostly made up of wilderness.

In this dreary world, the scientist must survive as long as possible, gathering resources to help keep him healthy, fed, and mentally stable.

Last but not least, the brave scientist must survive against the handful of supernature, spooky creatures that try to devour him if he isn’t armed well enough.

Do all of this, and Wilson might just stand a chance against the game’s demon antagonist, Maxwell.

Look no further for a literal sandbox title than Conan Exiles: an open-world survival game taking place in the same universe as Conan the Barbarian.

Created by Funcom, Conan Exiles begins with a vast array of customization options to create a character that fits the game’s brutal settings.

After being rescued by the legend himself, Conan, it’s up to players to forge their own path, create their own legacy, and adventure throughout the dangerous lands that make up the game.

Similar to Last Day on Earth, you’ll need to grind, farm, and manage your character in order to gain experience, abilities, and better weapons that’ll help you survive.

Exiles’ unique religion-based class system helps set it apart from other games in the genre, allowing the choice between six pantheon gods (Set, Yog, Mitra, Ymir, Derketo, Crom) that can be summoned to assist…for the right offering.