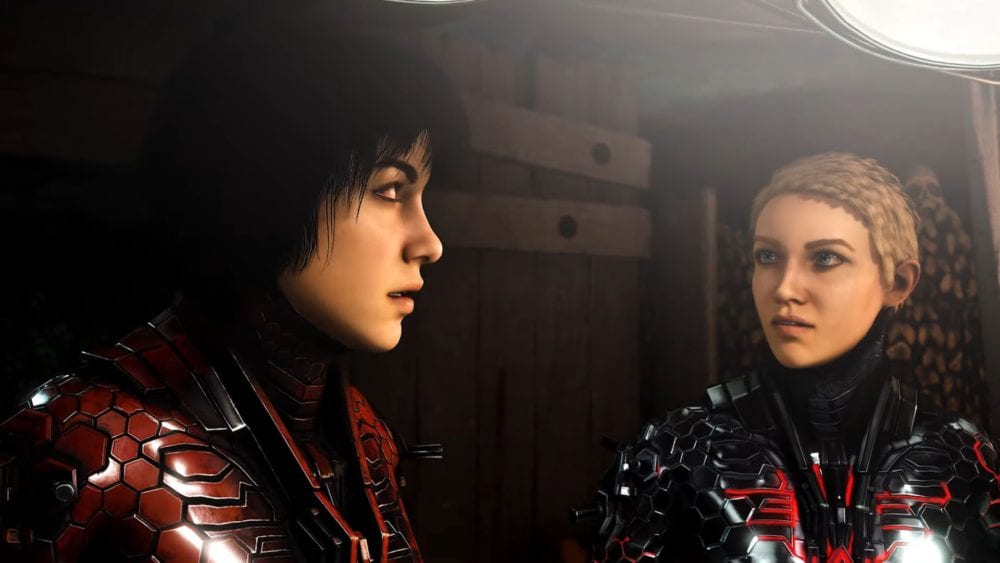 The Wolfenstein series has been going from strength to strength over the last couple of years with The New Order and The New Colossus. With the new title, Youngblood, the series is making a foray into the world of co-op. Playing as one of B.J Blazkovicz’s daughters, Jess and Soph, you need to work alongside the other to track down the series’ iconic protagonist. So that you can jump into the game as quickly as possible once it launches, here’s everything you need to know about what the preload and unlock times for Wolfenstein Youngblood are.

Alongside Bethesda’s announcement that the game has gone gold, on July 11, they revealed when you’ll be able to download the game in preparation for the launch on July 26. The preload times for each platform, which come before the game unlocks, are below:

The preload time was not revealed for the Nintendo Switch, but we’ll update you here once we know it, if it’s possible at any point.

How big the file is going to be has not been revealed yet, but be sure to free up some space on your hard drive before preload begins so that you don’t waste any time. PlayStation 4 owners will have to wait a little longer than other platforms, but it’s just a matter of a few hours.

As for when you’ll actually be able to start playing Wolfenstein Younglood, the unlock times are the same on all platforms. Wolfenstein: Youngblood and Cyberpilot, the VR spin-off, will unlock at midnight on July 26 in your region. Therefore, if you’re in places like Australia, you’ll technically get access to the game earlier.

That’s everything you need to know about what the preload and unlock times for Wolfenstein Youngblood are. For more tips and tricks on the game once it actually releases, be sure to search for Twinfinite.