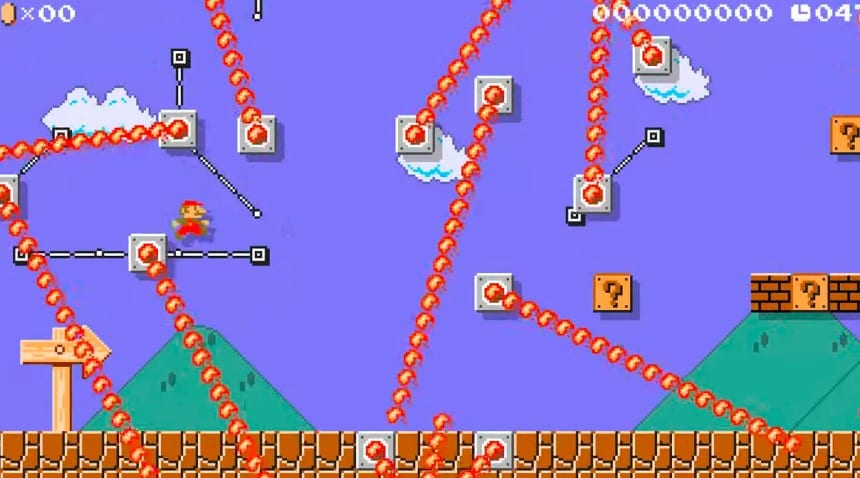 Thanks to the creator tools offered by Nintendo in the recently released Switch title, Super Mario Maker 2, fans are not only creating their dream 2D Mario courses, but some are also designing some of the hardest levels out there that will make you go insane if you try to beat it without some type of crazy video game-related superpower.

We’ve already published a feature on some of the most difficult and popular levels out there right now in Mario Maker 2, but there’s a new one that was recently created that has literally only been able to be completed by a handful of players –seven to be exact.

Titled as “1-1 but with a twist,” this stage manages to faithfully recreate the very first level in the original Super Mario Bros. game that released back on the NES in 1985 but with lots and lots of fire poles.

The Goombas and Koopas are absent, but there are plenty of other hazards to keep you occupied instead. The creator has placed, what feels like, hundreds of fire poles all over the place and it’s a madhouse.

As of writing, Sunny’s stage has managed to get almost 36,000 playthroughs with a completion rate of less than .01 percent –only seven brave souls have managed to get to the end of the flagpole.

I even went out of the way to check this level out for myself and I’m not going to say how many times I died, but I couldn’t beat it and will probably never be able to beat it.

If you want to find me, I will be playing the original Super Mario Bros. on the Switch Online service to (maybe) gain back my childhood memories of this iconic stage.

If you want to see just how terrible and scary this level is, you can watch a successful playthrough right here via the creator’s YouTube video down below or you can see the original Tweet that has about 10 million views…and counting.

You can also play the level yourself if you own Mario Maker 2 by inputting this code into the course finder: YXL-D4C-TQF.

For more on Super Mario Maker 2, you can read our scored review right here and while you’re at it, feel free to look into our feature on 12 great tips for creating the best courses out there.