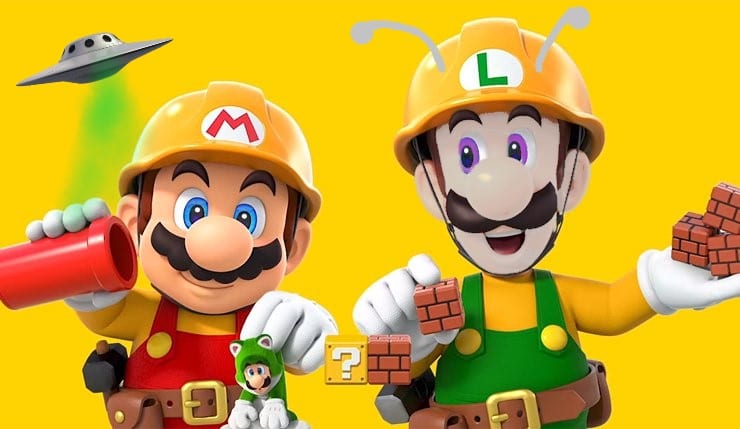 This is an obvious reference to the Area 51 raid meme that has been popular in the United States over the last few weeks. If you’re out of the loop someone, as a joke, started a Facebook event inviting anyone to come join him at Area 51 to storm the gates to see what is inside the secretive U.S. Air Force base which has long been rumored to contain alien technology or even live aliens themselves.

While it was not meant to be taken seriously, to-date 1.9 million people say they are going and another 1.4 million are at least “interested.” It has garnered mainstream news attention and the popularity forced the U.S. Air Force to make a statement warning people not to actually raid Area 51. The memes have been flowing steady, and rapper Lil Nas X of Old Town Road fame, released a new Area 51 themed remix to his hit song.

So now with all that said, it should come as no surprise to anyone that an Area 51 themed Super Mario Maker 2 level exists. The level is a SMB3 style course that has players go across a desert themed map with and eventually break into a underground area with flying aliens themed as Bloopers and other enemies, platforms meant to resemble UFOs, and trippy sound and visual effects to tie everything together.

It’s a silly level, not particularly remarkable from a gameplay perspective, but it’s still been liked by over 6000 SMM2 players and played over 19,000 times as of the time of this writing. There definitely could be other Area 51 themed SMM2 levels, but “Let’s see them aliens!” appears to be the one that has emerged as the most popular.

If SMM2 courses themed around the latest memes are going to be a thing now, I fully support it.

To play “Let’s see them aliens!” search course ID H98-D1B-Y3G. It’ll probably run most people about a minute or two to complete.