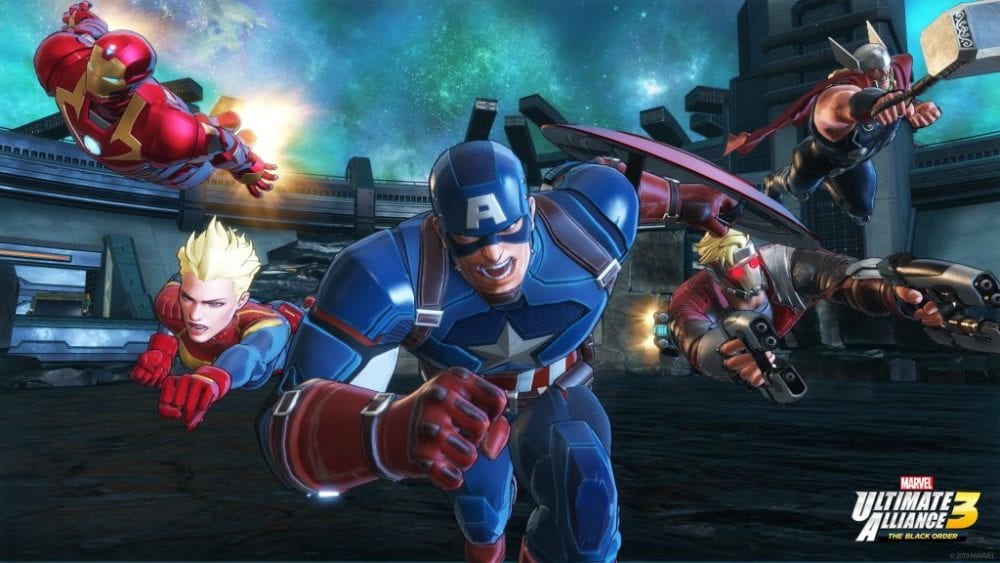 How to Stagger Enemies Fast in Marvel Ultimate Alliance 3

Staggering enemies is one of the most useful things you can do in battle, as it’ll give you a brief window to attack while they’re incapacitated, and allow you to do more damage than usual to their HP gauge. Strong enemies and bosses will have a purple gauge underneath their red health one, and this signifies how close they are to staggering.

Deplete the purple gauge and they’ll enter a staggered state, stopping any attacks for a brief window. You can stagger an enemy simply by attacking, as each and every attack, whether an ability or basic melee, will chip away at the gauge. However, there are a few ways of depleting the gauge faster.

The first of those ways is attacking an enemy while they’re readying a powerful move. Anytime colored swirls appear on the ground around an enemy they’re preparing a strong ability, and if you attack during this period they’ll take more stagger damage than usual. Be careful, of course, as if they manage to prepare the move it usually has a wide range and a ton of damage behind it.

Certain characters in the game also have abilities that specifically do a bunch of stagger damage, like Luke Cage’s Harlem Express. It’ll take a bit of experimentation, but trying out different heroes will show you moves that do well.

Finally, you can use Synergy Attacks to cause a bunch of stagger damage. While Synergies don’t cause boosted stagger damage, in general, they cause more damage than anything else, therefore translating to faster staggering.