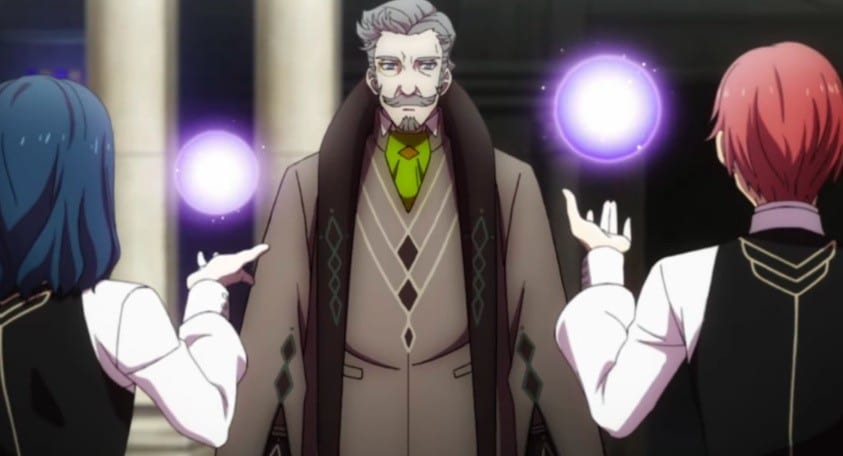 Fire Emblem: Three Houses is finally out and after spending hours and hours of our weekend with it, we can’t ignore this: Three Houses is basically the Harry Potter game we’ve always wanted.

It’s been years since we wizards and witches have been given a good Harry Potter game. The last one we can remember playing with actual enjoyment came out in 2003 and it wasn’t even a mainline Harry Potter game; it was Quidditch World Cup.

A year before that game came Harry Potter and the Chamber of Secrets and we can’t remember playing a great game about The Boy Who Lived that takes place in everyone’s favorite castle school since that year.

If the 17 years in between 2019 and Chamber of Secrets are any indication, Warner Bros., which currently holds the video game rights for the series, has no intention of providing to us the game we all dream about consistently.

Sure, there was that leak about some game at least set in the same universe as Harry Potter, but said leak happened months ago and post-E3 we still know nothing more than we did before.

So for the purpose of this opinion, it’s safe to say it’s been well over a decade since Warner Bros. gave us a Harry Potter game worth caring about (sorry Wizards Unite — you need some work).

As of Friday, July 26, that matters not anymore. That’s because Nintendo, Koei Tecmo, and Intelligent Systems gave us the game we’ve all been waiting for Warner Bros. to give us and boy did they nail it.

Let’s break that down. When you think of Harry Potter, what first comes to mind?

For most, the answer is likely Hogwarts and it should be — this school breathes more character into the series than half of the actual humans do and after inhibiting our mind space for nearly 20 years, it’s a school we’ve all been anxiously waiting to receive our acceptance letters from.

A mere 30 minutes into Three Houses and you’ll find yourself waltzing through the halls of a monastery (which is basically a castle) not at all unlike Hogwarts.

It’s big and sprawling, mysterious, filled with students doing things they shouldn’t be doing (erm, Ron) and teachers telling those students why (erm, McGonagall). It’s got a dining hall lined with long tables for the game’s three houses to occupy.

It has a library where the Golden Deer students (the Hufflepuffs if you will… oops did we say that?) need to spend extra time at if they ever plan to compete with the other two houses.

It’s got a lake nearby, student dormitories and more, but most importantly, much like Hogwarts, the Garreg Mach Monastery has character.

Intelligent Systems certainly skirts the line of what’s appropriate — considering these students are killing enemies, we can assume they’re all at least 18 right? — but hey, it’s Fire Emblem and it wouldn’t be Fire Emblem if there weren’t characters to romance.

Beyond the school itself, the systems at play that create the world of Fodlan and fill its lands with story lend themselves quite well to a game not unlike what a 2019 Harry Potter game could be.

While each of the students attend class to better themselves in their selected class, you, their professor, must ensure that not only are each of your students passing their certifications, but that each one is well-equipped for the battlefield as their lives are in your hands.

When you and your students are perfecting your battlefield techniques, you’re free to simply explore school grounds as one of the Garreg Mach Monastery’s new professors.

You can eat with your students and fellow professors to enhance your relationships. You can fish. You can cultivate plants in the greenhouse (fortunately, there are no Mandrakes to be found here).

You can even act as the school’s designated Argus Filch and, instead of being the cool Remus Lupin professor you should be, chastise any and all students for basically anything and everything they do, just like Filch would.

The final and most obvious allusion to Harry Potter is in the game’s name: Three Houses. Sure, we’re missing a true Slytherin house here but between the Gryffindor-like Black Eagles (best house), the we-secretly-think-we’re-smarter-than-everyone Ravenclaw-like Blue Lions (you know it’s true) and the doing-their-best Hufflepuff-like Golden Deer (bet you can’t guess what house we picked), Garreg Mach Monastery is packed with all of the camaraderie and rivalry you’d expect of a tried and true Harry Potter game.

Everything we’ve mentioned comes together in one of 2019 most excellently-crafted RPGs that features the strategy gameplay Fire Emblem has cultivated into perfection over the years.

We didn’t even mention the game’s use of magic and the other little details that make Three Houses feel like the world’s best Harry Potter game, but we don’t need to because after our time with the game, one thing is obvious: Three Houses is one of 2019’s best games and is basically the Harry Potter game we’ve always wanted.