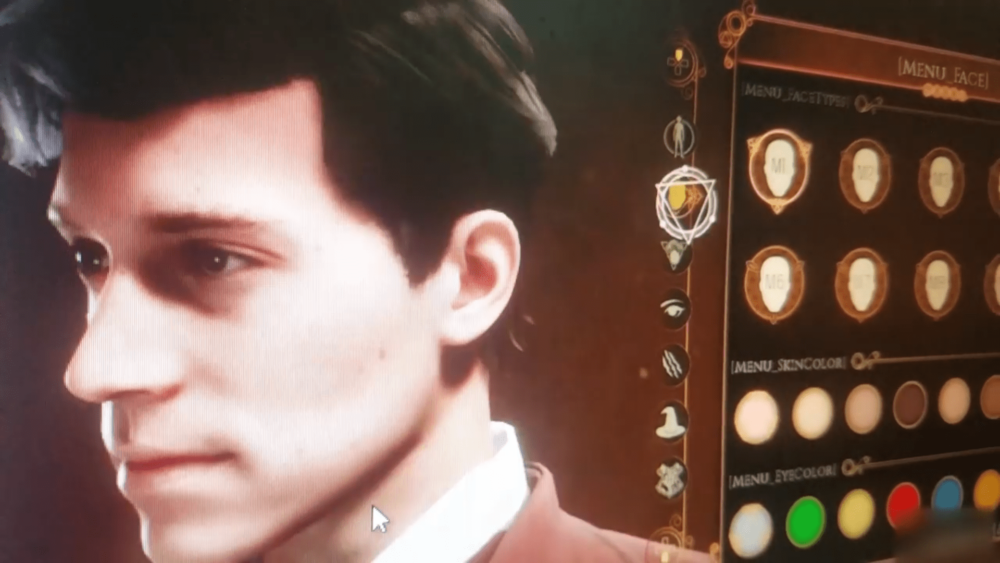 I’m in two minds about the recently leaked Harry Potter: Magic Awakened game footage. On the one hand, I find myself excitedly scouring the internet for any scrap of new information. Yet I can’t help but feel sorry for the team of developers that have just had their hard work violated. Developers rely on focus group testing to help shape their projects and have their testers sign non-disclosure-agreements to keep work safe. But that’s all out the window if you have one determined individual intent on spilling the beans, phone at the ready.

Still, I can’t pretend to be devastated at the sight of yesterday’s footage, which has since been swiftly removed by copyright claims. The world needs a Harry Potter game that does justice to the source material, and without jumping the gun completely, what we saw was pretty darn compelling. The footage showcased what appeared to be a AAA production, with third-person gameplay, character customization, and a non-linear world. In brief, almost everything you could want from a video game based in the Harry Potter universe.

The supposed story beat leaked by Reddit user VapeThisBro also sounds intriguing, mostly because it’s not actually anything to do with young Potter himself. Instead, the story is set in the 19th Century, and players are to create their own 5th-year Hogwarts student. Of course, like all action-RPGs, they have a special talent that sets them apart from the crowd. The description talks of familiar and unique locations for fans of J.K Rowling’s fantasy world. And most importantly for all wannabe wizards, all the role-playing, potion crafting, spell-mastering, and interactions with fantasy creatures you could ever ask for.

As it turns out, it’s likely from developer Avalanche Software, rather than Rocksteady Games, which was the first assumption mooted by observers. A job posting listed last year from the studio had listed a rather cryptic job posting for developers interested in working on a project that required “deep understanding of British culture and grammatical presentation.” After yesterday’s leak, it seems as though Harry Potter is what they were referring to. And if what we’re seeing is representative of the final product, it looks as though Avalanche might be onto something pretty special.

I’m certainly hoping that’s the case, and not just because I’m itching for a decent Harry Potter game from a fan perspective. Since the earliest days of the industry, licensed games have had it rough. So often the rushed tie-in to entertainment across other mediums, we’ve had to endure woefully disappointing renditions of our favorite stories in video game form. And all that for no good reason other than not being given the respect or attention of the original IP counterparts. That seems to slowly be changing, though, thank goodness.

The Batman Arkham trilogy from Rocksteady, and more recently, Marvel’s Spider-Man immediately spring to mind. They’re examples of carefully crafted productions that put a unique spin on the familiar stories of well-trodden franchises. Before that, all we really had were interactive chapters of movies we’d just seen or books we’d just read, likely rushed and on a tight budget.

I’m immediately pleased to see this latest Harry Potter game isn’t based on the J.K Rowling’s books directly. Not that the original story isn’t brilliant, but that’s been told already. It’s also not exclusively what people love about that franchise. More than that, it’s the world-building, lore, and everything that comes with role-playing the fantasy of being a young wizard at a school for young wizards. As long as it nails the aesthetic, tone, and creative story-telling of the original games, it’s going to feel every bit as “Harry Potter” as playing the iconic character himself.

Like Spider-Man and Batman before it, this upcoming Harry Potter game looks as though it’s letting go over leaning on established story beats. Instead, focusing on what video games allow fans to enjoy by nature of their interactive design: live-out their fantasy of being a fledgling wizard.

Of course, we won’t know more until Avalanche is ready to share details –and I do hope it’s them rather than VapeThisBro that has the pleasure of putting us all out of our misery. For now, then, it’s simply a case of wands at the ready as we try and will the game into existence…

Everything Announced During the PS5 Showcase (September)