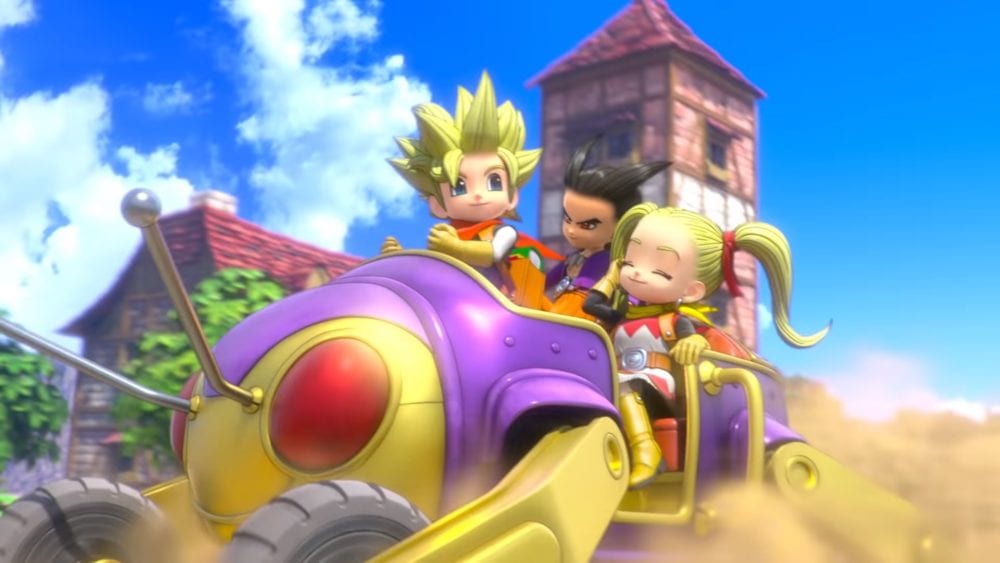 Dragon Quest Builders 2 is a large and open-ended game in which you gather material, craft weapons and build structures and settlements. On top of that, you will have larger goals to accomplish and quests to complete.

The Builders series is a spinoff from the mainline JRPG’s, and the game is full of things to do and cool and memorable characters to meet. It’s set in the whimsical Dragon Quest world, so expect to see knights riding giant slimes and characters with big, big hair.

All of this takes place in a detailed sandbox playground, that is large and expansive. But is it open world?

The main story progression of Dragon Quest Builders takes you through a series of massive islands, which are separated by the narrative. These islands the games takes place on are so large, that despite it not being one large plain world for you to explore at your leisure, each one feels like its own separate open world. As such, we’d say that Dragon Quest Builders 2 is open world.

As you become capable of crafting more complex recipes, you will eventually be able to craft new vehicles, which will allow you to traverse these vast spaces much more quickly. As is required, you can create motor vehicles and even airships eventually, which will be a godsend on some of the later islands.

Hopefully, that will clear things up for some players wondering what kind of game Dragon Quest Builders 2 is. It’s not truly open world, but the islands the game takes place upon are so big it will certainly feel like it is!

If you are playing and looking for some more assistance with the game, be sure to check out our guide wiki. At Twinfinite, we try and cover everything that might trip you up, so chances are we have you covered regardless of what you are having trouble with.